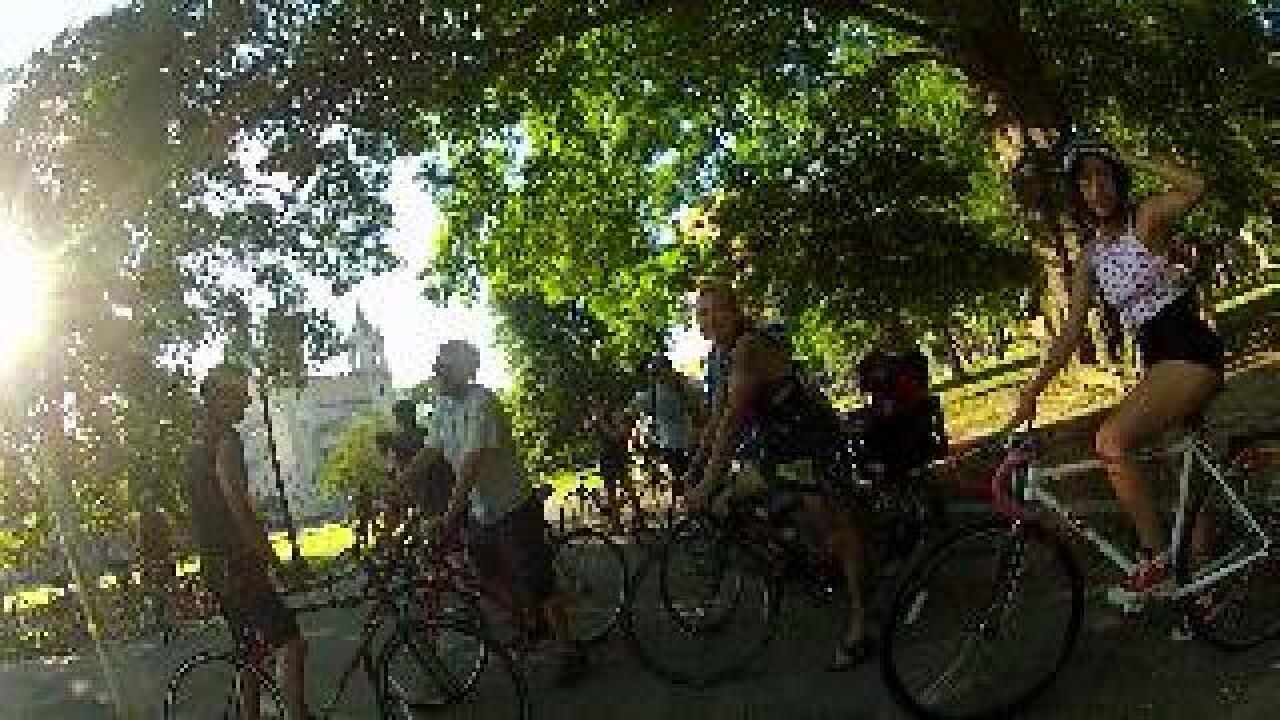 Richmond, Va (WTVR)- For 21 years, Critical Mass rides have been going off in cities all around the world.

They are interesting combination of celebration, exhibition and a sort of protest that can force motorists to slow to down to a leisurely bicycling speed.

Richmond has had some big ones over the years.  Mostly here, they’ve been pretty calm, as was Friday afternoon’s from Monroe Park, down W. Main Street to Carytown and back up Cary Street. At times, the 50 or so bicyclists filled the roadway at about 10 mph, preventing cars from passing, often running red lights en mass with outriders blocking the intersections.

Big bikes in larger cities can really frost motorists, some who have lost control, fighting with riders or even running them over.

There are no permits. Riders will argue is a spontaneous ride of like-minded folks.On Friday, the Critical Mass group rode right by a Richmond police officer in his car, who just watched.

It is enough to stop and make you think of a city where most people rode, for the environment, for camaraderie, for their mental and physical health.