Which felons will automatically get their voting rights back? 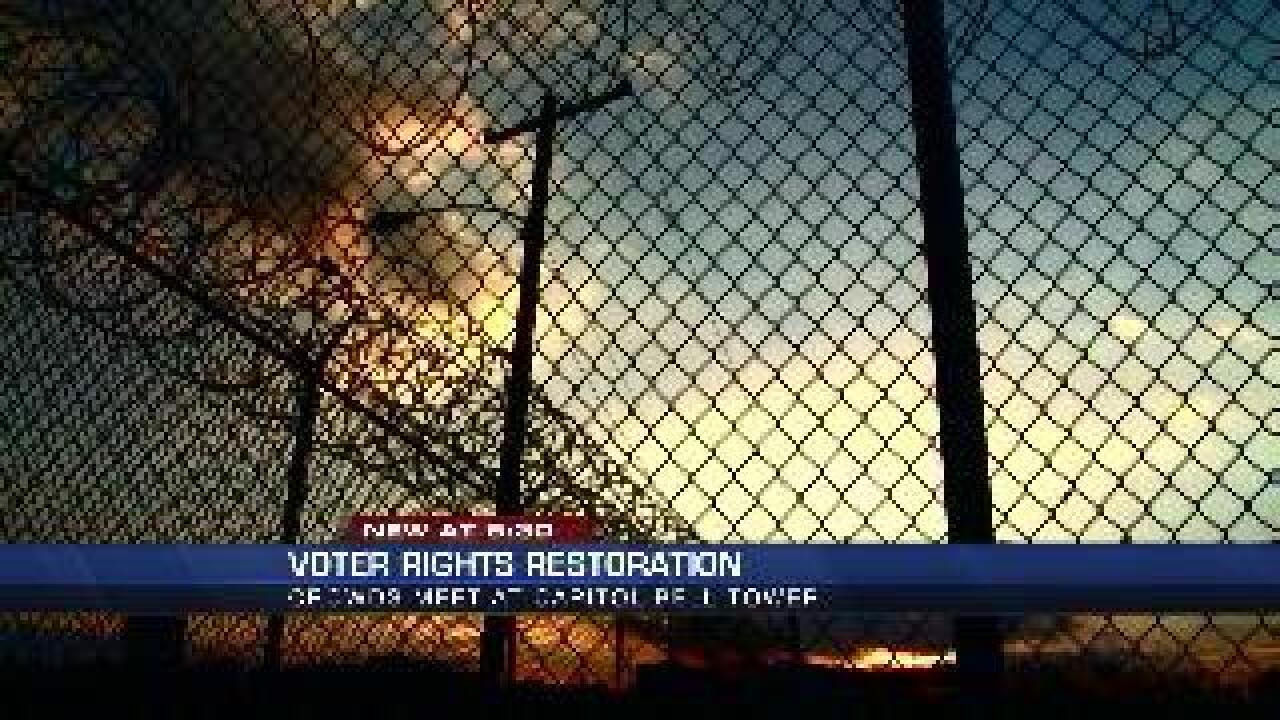 RICHMOND, Va. (WTVR) -- Questions remain about a new policy announced by Gov.  Bob McDonnell Wednesday that would automatically restore voting rights to non-violent felons who paid their debt to society.

In fact, some local faith leaders are calling for the policy to go further.

Pastors and religious leaders from across Virginia met at the Bell Tower at Capitol Square on Friday to call for McDonnell to fulfill his promise.

The group of faith leaders also want the governor to broaden the number of felons who would have their voting rights automatically restored since McDonnell's proposal would only apply to non-violent felons.

"We still need a permanent solution for the thousands of Virginia citizens who remain disenfranchised," said Reverend Edward Hailes Jr., former general counsel for the U.S. Commission of Civil Rights.

A spokesperson for the governor's office told CBS 6 their legal team did an extensive review of the issue.  They concluded that automatically restoring voter rights to non-violent felons was "as far as they could go" under current law.

According to the governor's office, in order to expand the number of felons who qualify for automatic restoration, an amendment to Virginia's Constitution would have to pass through the General Assembly.  Such efforts were unsuccessful last session; however, McDonnell's spokesperson said the governor does support a constitutional amendment.

Questions are still up in the air about where the line should be drawn between violent and non-violent offenses when it comes to the new policy.

According to the Secretary of the Commonwealth's Office, felony convictions like drug distribution, burglary and breaking and entering are considered violent offenses.

However, proponents of broadened automatic restoration argue some of these felons did not actually commit a violent act.

Anyone convicted of these violent crimes would not qualify for automatic restoration.  Instead, they would have to wait five years after they were released to apply to have their civil rights restored.

Robey served five years in jail for possession of cocaine with intent to distribute.  After his release, Robey said he waited five years to have his voting rights restored, which happened in 2010.

"I'm an example that it does work," said Robey, who has voted in each general election since.

The governor's office and the Secretary of the Commonwealth's office are working through the details of how the automatic restoration process will work, which is set to take effect July 15.