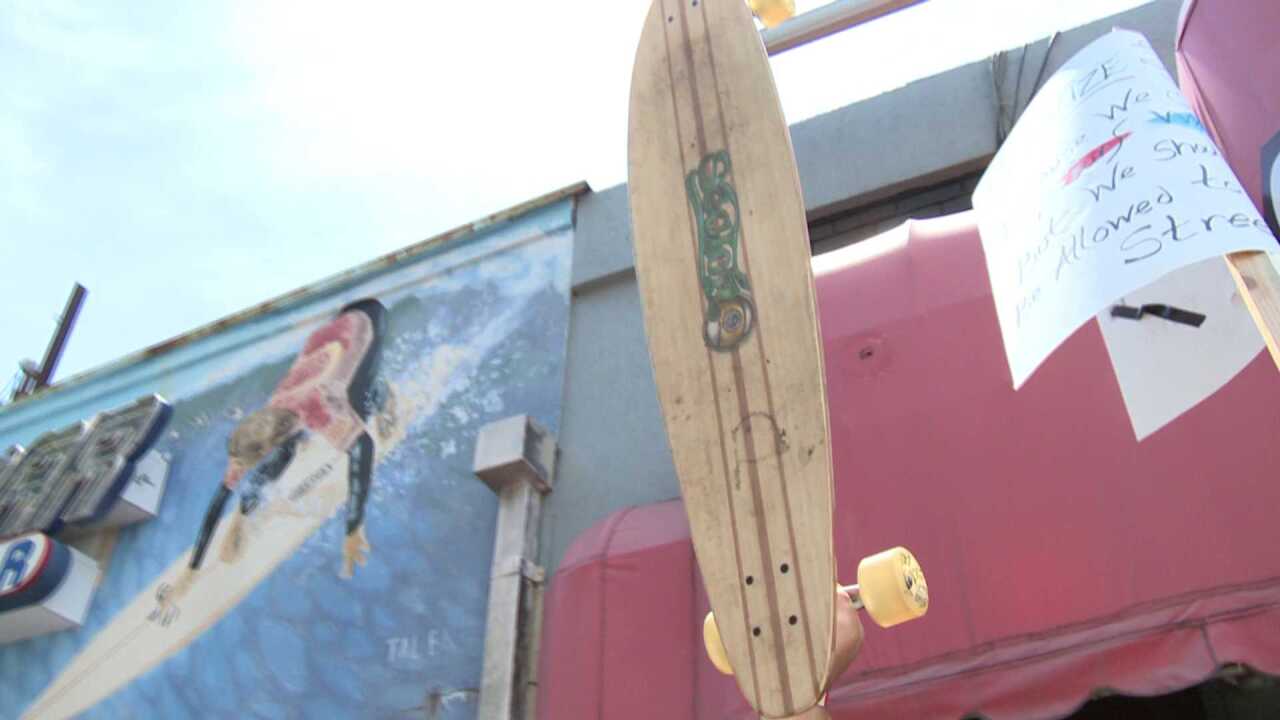 (CNN) — A skateboard may have saved a man from being the lunch of a hungry cougar in a Canadian resort town last week.

The big cat jumped the man from behind while he was walking with a skateboard along a dirt path through woods in Banff, Alberta, on Thursday, according to Bill Hunt, a Parks Canada field unit manager.

“He hit the animal with the skateboard and stunned him,” Hunt said.

The man, who is in his mid-20s, was listening to music through earbuds. His jacket hood was pulled over his head, Hunt said, possibly making him look inviting to a cat that is stimulated by motion.

It was unclear why the man, who asked to remain anonymous, was carrying a skateboard on a wooded path while it was sleeting, Hunt said.

Cougar attacks on people are rare because the cats are “very wary of people,” Hunt said. The use of a skateboard to defend against a cougar is even more rare, he said.

“The last time we had an attack on a human was two years ago, then several years before that,” he said.

The search is on for the cougar because the summer camping season is beginning in Banff, a town nestled in Alberta’s Rockies. A section of the town’s northern outskirts is closed to hikers and skateboarders until the cat is found and relocated, Hunt said.

Cougar hounds and their handlers were scouring the forested area Monday for signs of the cat, while others monitor cameras along hiking trails, he said.

“It’s either a young animal who has not learned how to hunt or an older animal in poor health, injured or with a broken tooth that’s going after domestic animals near town,” he said.

The plan is to use a dart gun to anesthetize the cougar. If it is healthy, it could be relocated away from the town, Hunt said.

Cougars, wolves and bears are normally steered to wildlife corridors that surround Banff, he said.