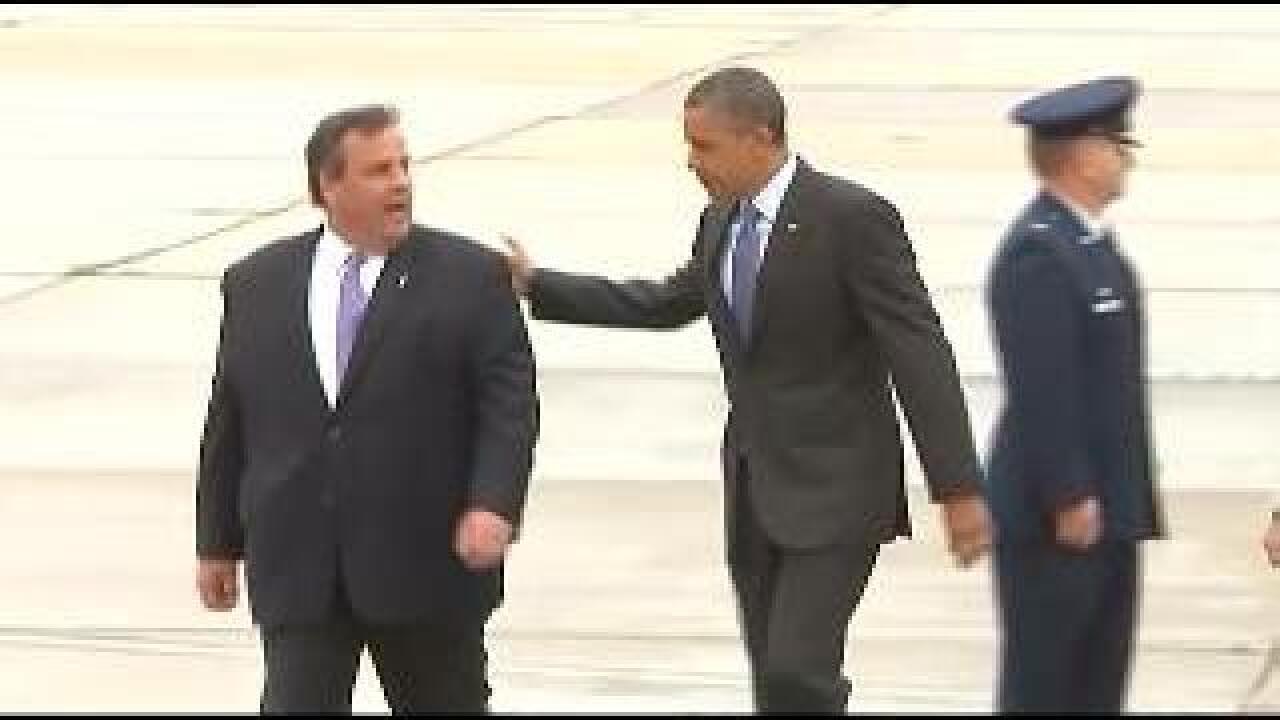 The Brielle Elementary School children squealed with delight as Obama's motorcade passed by during his visit to the Jersey Shore, which bore the brunt of the huge storm's landfall in late October, shortly before Obama won re-election.

Christie, a Republican, was criticized then for appearing with Obama at the height of the campaign and praising the Democratic president's response to the storm that caused billions of dollars in damages.

He and his aides insist his support for Obama's actions were motivated entirely by what was best for New Jersey and its people, rather than any political ambitions Christie might have for the 2016 presidential race.

Tuesday's return visit by the pair raised anew the perception that both men sought to again gain political benefit from jointly touring the disaster-stricken region.

After the visit, Obama was scheduled to speak about the recovery efforts so far in Asbury Park, the shore town made famous by local hero Bruce Springsteen.

Superstorm Sandy forced both Obama and Republican nominee Mitt Romney to suspend campaign activities for a few days in the run-up to last year's election.

Christie, a top Romney surrogate at the time, joined Obama for a tour of the damage and made a point of praising the president for his "personal concern and compassion" for the state and its people.

The bipartisan display benefited both men, according to polls, and was considered a boost to Obama's re-election effort in the final days of the campaign.

In the storm, hundreds of thousands of homes and ocean-front businesses were either damaged or destroyed.

Businesses on the Jersey Shore are still working to recover at the beginning of the busy summer tourist season, which in years past has brought billions of dollars in revenue to the state.

White House officials said Obama's remarks in Asbury Park will "underscore his administration's ongoing commitment to stand with the impacted communities as the important work of recovery continues."

Tuesday's trip was the second in three days by Obama to the site of a natural disaster following two weeks of controversies involving his administration, including the disclosure of IRS targeting of conservative groups and a secret subpoena for journalists' phone records.

Obama praised the Federal Emergency Management Agency for its quick response to the Moore tornado, just as he did last fall when Sandy struck the East Coast.

Since coming under heavy criticism for missteps in the aftermath of Hurricane Katrina, FEMA has been commended by localities for responding quickly to disasters and reducing bureaucratic hurdles.

CNN's Paul Steinhauser and Kevin Liptak contributed to this report.