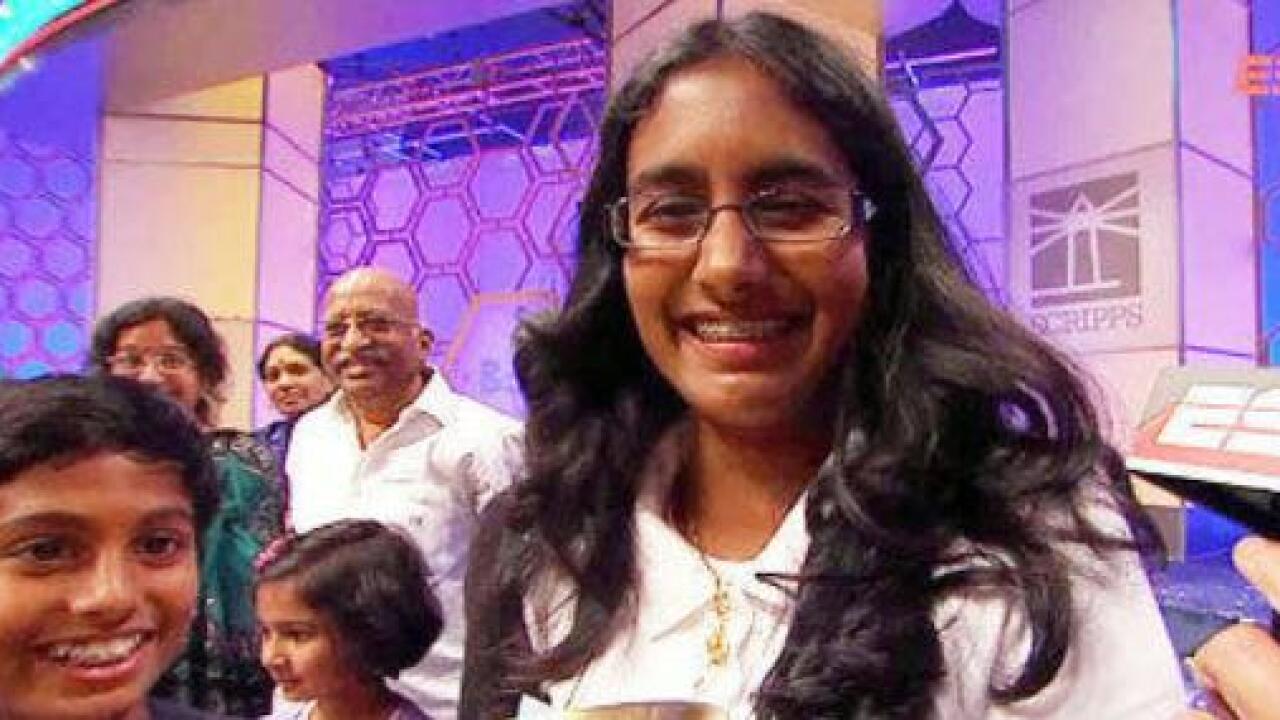 (CNN) — Talk about defining moments.In addition to unleashing gems like weissnichtwo and humuhumunukunukuapuaa on us, the 281 contestants in the National Spelling Bee, which begins Tuesday, will have to know what the words mean too.

This is the first time in its 86 years that the competition has introduced a vocabulary component.

It’ll count for 50% of a speller’s overall score and will help determine which competitors take part in the semifinal and the championship rounds.

Spelling tests — both computer-based and onstage — will make up the other half of their scores.

“It doesn’t make sense,” said competitor Sanat Mishra. “I don’t get the rule.”

Sanat has won local and regional spelling bees, and last year made it to the finals of the South Asian Spelling Bee.

South Asian Americans have won 10 of the past 14 national bees.

Spelling Bee Director Paige Kimble said the rule change is a natural extension of the contest.

“The reason for the change is all about extending the bee’s commitment to its purpose, which long has been not only to help students improve their spelling, but also to increase the vocabulary, learn concepts and develop correct English usage,” she said.

This year’s wiz kids aren’t just good putting vowels and consonants in the right order, 116 of them speak more than one language — and math is most frequently cited as their favorite subject, not spelling.

They range in age from 8 to 14, but nearly 90% of them are between 12 and 14 years old. The kids come from all 50 U.S. states, several American territories, plus the Bahamas, Canada, China, Ghana, Jamaica, Japan and South Korea.

Winning the bee has its perks. Not only a $30,000 cash prize from Scripps and an engraved trophy, but past winners have returned home to a hero’s welcome and met with the president.

This year’s spelling competition begins Tuesday at the Gaylord National Resort and Convention Center in National Harbor, Maryland. ESPN will broadcast the preliminary rounds starting Wednesday, with the finals slated for Thursday night.

Both ESPN and Scripps has said the rule change wasn’t driven by a desire to raise ratings. But it has generated controversy because the announcement was made just seven weeks before the competition.

“The timing of our announcement … is absolutely fair,” Kimble said. “April is the first opportunity to engage all of the participants who have qualified for the national finals.”

“The No. 1 person is going to be No. 1 no matter how many rules you change,” his mother, Sucharita Mishra, said.

But for Sanat, that’s meant a lot of extra hours put into preparations.

“There’s going to be a lot of last minute studying,” he said.

And for some, that could spell big trouble.