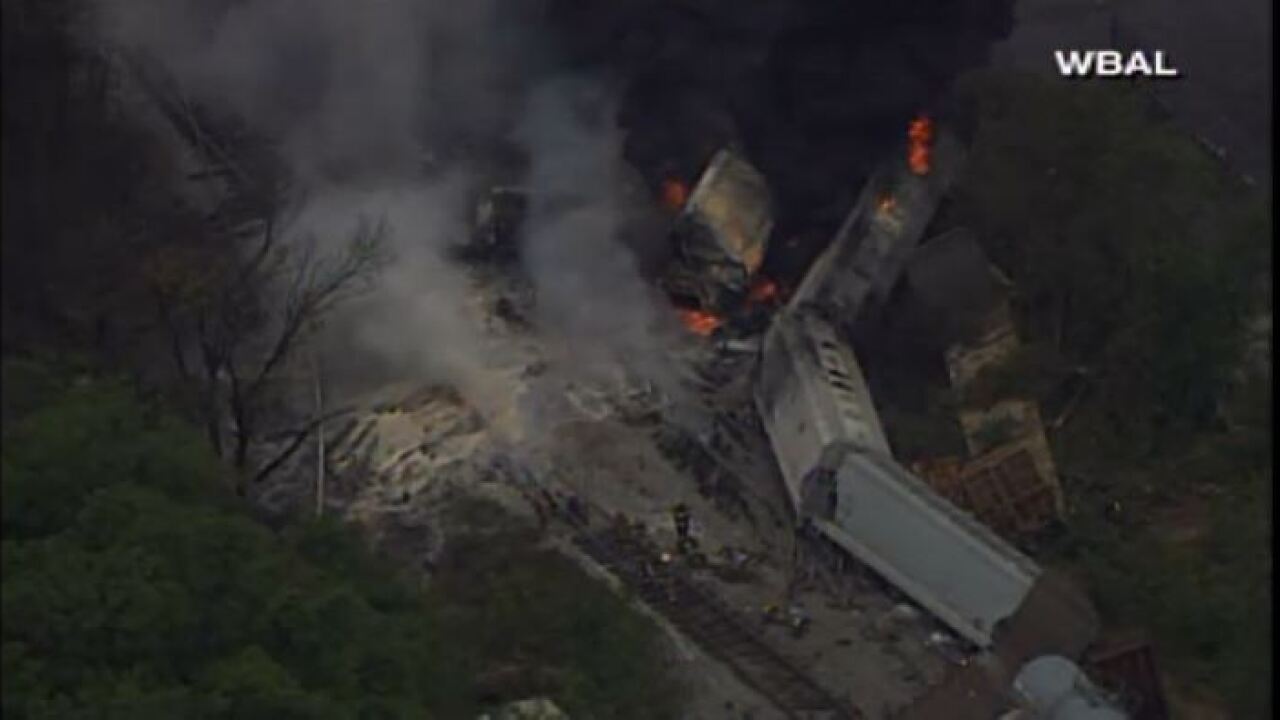 (CNN) – A freight train derailed Tuesday in Rosedale, Maryland, and one person is reported to be trapped, Baltimore County firefighter Jonathan Meehan said.

A truck was involved in the incident, and a resulting hazardous-materials situation is prompting the evacuation of a half-mile area, according to a Baltimore County police official who declined to be named, citing department policy.

The official did not specify the type of truck or how it was involved.

Video from CNN affiliate WBAL showed at least five of the train’s cars off the track, and white and black smoke rising in separate columns from the wreckage.

Rosedale is just to the east of Baltimore.

A person who said she worked near the derailment posted pictures of the fire to Twitter.

@cbsbaltimore train derailed in front of my office in rosedale. http://t.co/1yuWuzRTYC

There were no immediate reports of deaths or injuries.