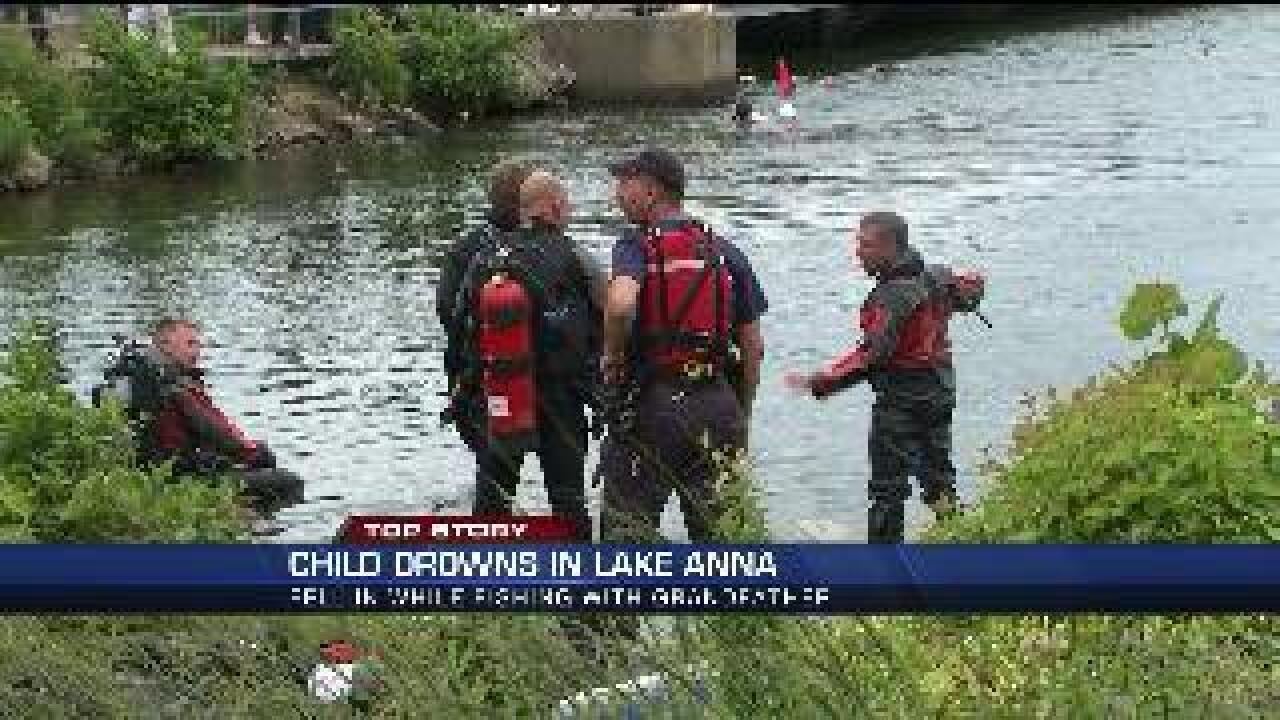 LOUISA, Va. (WTVR) - Grief counselors will be at Jeb Stuart Elementary School Tuesday morning, to help other students cope with the untimely loss of a young classmate.

The classmate, a kindergarten student from Richmond, drowned Monday while fishing with her grandfather at Lake Anna.

After the child fell into the water, divers marked off search spots with sonar and rescue crews dragged the lake's surface looking for the young girl's body.

"At 4:40, the child was located by rescue divers," said Maj. Donnie Lowe with the Louisa County Sheriff’s Office. "There was a very powerful current and if you fall in the water, it creates a super undertow and can send even the best of swimmers straight to the bottom."

The girl was fishing with her grandfather when she slipped on rocks and fell in, sheriff's deputies said. A 56-year-old bystander jumped in to save her and at one point grabbed the 6-year-old, but she was fighting both the water and the man trying to pull her from the grips of Lake Anna.

"She fought the rescuer, which is typical of a drowning victim,” Lowe said.   “And he lost grip of her.  Her grandfather jumped in to get both of them and was unable to do so."

Deputies were able to track down the child's mother, who was on a cruise at the time of the drowning, to inform her of the tragedy. The young victim's grandparents and older sister were on scene Monday as crews recovered the child's body.

"When we pulled her from the water, we took her to a private place so the grandparents and sister could have some private time and say a prayer," said a shaken Lowe.

Lowe said while the spot where the young girl fell in is a popular fishing spot, it's also the lake’s most dangerous spot because of the washing-machine like undertow.

Deputies say the child was not wearing a life jacket.

A previous version of this story indicated the young drowning victim was 3-years-old. That information was provided by the Louisa County Sheriff's Office.