For purists, camping involves tent and no cell service 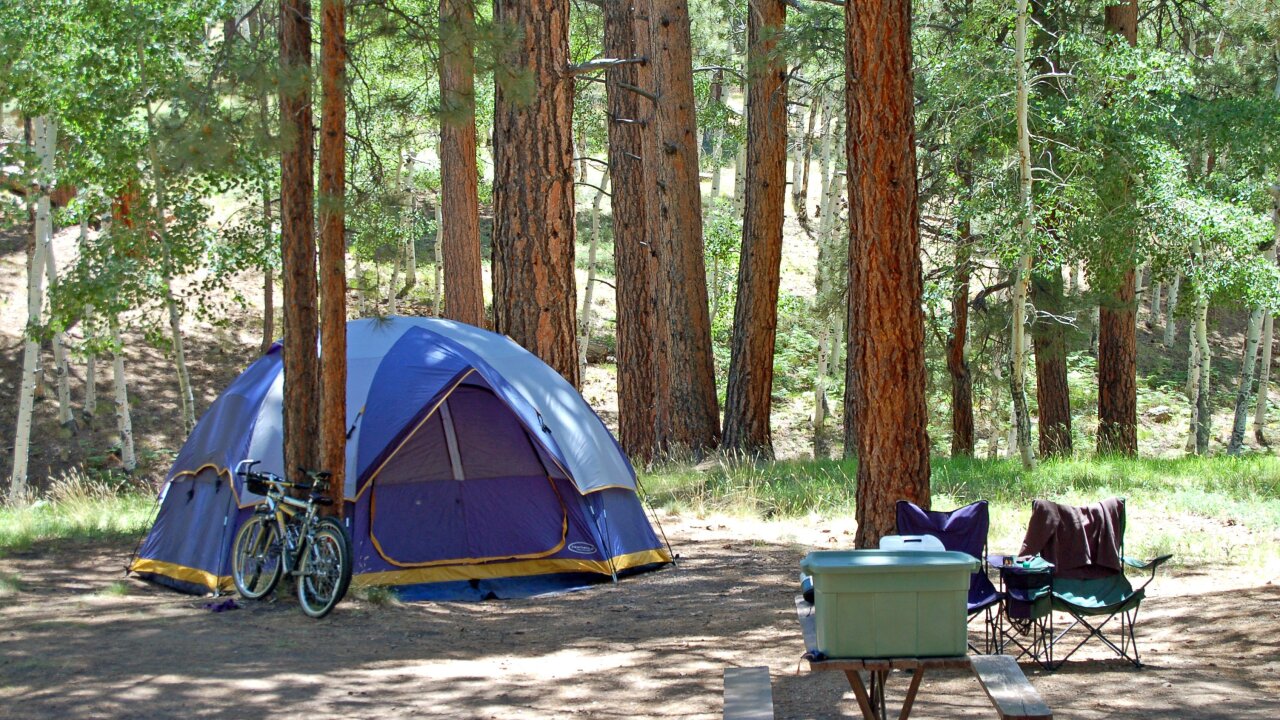 The North Rim Campground at the Grand Canyon National Park is open from mid-May to mid-October. Operated by the National Park Service.There are no hook-ups, however, there is a dump station within the campground. Pets are allowed, but must be leashed at all times, and may not be left unattended. Wood and charcoal fires are only permitted in provided campsite grills. No gathering of down wood – wood may be purchased at the general store. Coin operated laundry and showers are located at the entrance to the campground. Accessible campsites and restrooms are available.

Editor’s note: This is the second CNN.com Escape Debate, a series that examines the cultural splits within travel, and why travelers divide along certain lines.

(CNN) — Jared Kennedy remembers waking up in the middle of the night to creatures scratching at his tent on every side.

Kennedy was just 15 when he went on his last camping trip. His parents put him in a pup tent with his dog, Lucky, and Kennedy brought some dog food into the tent in case Lucky got hungry.

“I woke up to a scene from the ‘Blair Witch'” horror movie, wrote Kennedy, 32, via e-mail. “My Uncle Dave tried scaring them off with flashes from his camera but (the raccoons) just hissed, like the demon spawn they are … it took my dad throwing sticks at them (and me) to get them to scamper.”

The Burnsville, Minnesota, resident likes nature and enjoys it while staying at a cabin on the lake with family or friends. But don’t try to get him to sleep in a tent. He’s done.

Contrast that camping-gone-wild horror scene with Karen Craw’s feelings about her yearly trip with her family to Michigan’s Avery Lake, “on the prettiest drop of water that I will ever see.”

Sleeping in a tent at a campground without decent cell phone reception, the Grand Rapids, Michigan, resident finds herself on a rowboat at sunrise, hearing her father’s funny stories and bearing witness to the incredible beauty of nature.

“When the sun rises, parting the fog over the smooth lake surface each morning, and you can see the loons and deer going about their day, you calm (down), you breathe.”

Camping: Many people seem to either love it or hate it. But there is a camping continuum for nature lovers who fall somewhere in between the two extremes.

Some purists only camp after hiking miles into the wilderness. Others are happy to car camp, setting up tents within reach of a trunkful of gear and supplies. And by definition, huts and cabins qualify, too.

For Alex McCollough of Haslett, Michigan, camping involves a tent and little or no cell service. He works in an office and loves to detach from computers and technology and reconnect with the people in his life.

McCollough, 29, goes tent camping every chance he gets, and he even proposed to his wife on the way to a campground a couple years ago.

He knows it’s a lot of work to prepare for a trip, set up and take down a campsite, and yet “there is nothing better than sitting by the fire actually conversing face to face with the people you are camping with instead of texting in a corner by yourself,” wrote McCollough, via e-mail.

Holing up in a tech dead-zone sounds like nonsense to many an Internet addict. And as technology gets more advanced and portable, it’s sparking another debate about what constitutes camping: It’s not a Wi-Fi equipped hotel on wheels, say some.

Why not? The less back-to-nature of the camping set say they want their natural beauty, their marshmallows over an open fire and their Wi-Fi, too.

Some 42.5 million Americans went camping in 2011, according to a U.S. camping industry-sponsored survey that covers all varieties of camping from tents to campground cabin stays. Participation is up from 39.9 million campers two years ago. Nearly 5 million of those campers were tent campers and backpackers enjoying the national parks in 2011, according to National Park Service data.

And these days, people don’t have to rough it.

“Camping can range from setting up a tent in the backyard to car camping to a light hike into a meadow off a trail,” says Michele Orr, REI’s director of merchandising, whose company sells all the gear and gadgets a camper could desire.

“It’s most important to have fun! These days, a person doesn’t really need to rough it if they don’t want to.” 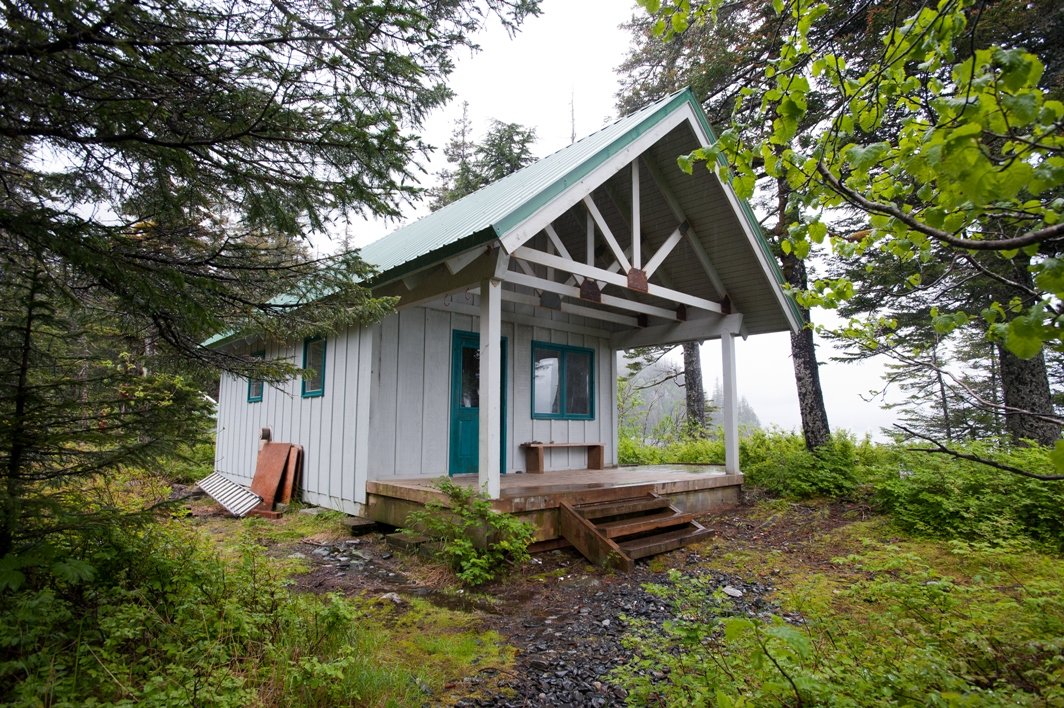 A history of tension

Camping used to be a necessary way to travel across the country for settlers trying to conquer an often-hostile land, wracked by all sorts of natural challenges.

The young country’s move toward industrialization in the 19th-century drove Americans off their farms into crowded cities and factory towns.

“Nostalgic yearning for contact with nature became an ever stronger theme,” said William Kornblum, a sociology professor at the City University of New York Graduate Center and head of its National Park Service research unit.

That yearning for nature goes back to the ancient poets, and it appears in the work of 19th-century American Romantics such as Henry David Thoreau, who viewed wilderness as an escape from the corrupting nature of civilization.

Yet even at Thoreau’s Walden Pond, “the chugging sounds of the nearby Fitchburg Railroad encroached on the philosopher-poet’s quest for natural simplicity,” said Kornblum.

That’s why federal and state governments moved to protect nature through the creation of parks, forests, seashores and other recreational areas. With more than 80% of Americans now living in cities, satisfying a hunger for nature — if we have it — is a choice.

For Tanya Merchant of Denver, even a campground is a little too much civilization. Although they’ve done some campground camping with their two young sons, Merchant and her husband, James, prefer to backpack until they feel they are truly in nature.

“No power, no running water, no toilets of any kind,” she wrote via e-mail. “We just need a place to pitch the tent, build a fire, and explore. We never feel like we are really camping until someone questions whether we put the bear bag high enough!” (That’s to protect their food — and themselves — from prowling bears).

Working together in that environment is key: A trip with her husband hiking six miles into Colorado’s Mount Zirkel Wilderness to camp at Seven Lakes brought them closer together.

“James helped me get around and over fallen trees, and he helped me climb large boulders to get a better view of our surroundings,” she said. “Without all of the distractions in the city and from technology, we got to spend actual quality time together again, and it has made our marriage stronger.”

Too intense for this traveler

That kind of camping isn’t for Denise Kates, an empty nester who recently bought a recreational vehicle with her husband, Butch.

He grew up tent camping and has tried to persuade his wife to camp for years. She loves to walk on the beach, kayak and swim, but she doesn’t want to tent camp.

“I’ve heard time and again that my definition of camping isn’t what most consider camping, but I’m not interested in the ‘primitive’ style of camping,” she wrote via e-mail. “I have the best of both worlds when traveling. I get the camping experience with a campfire on the beach, and just steps away, is the air-conditioned camper with my flat screen TV.”

None of it sounds good to Deborah Cane, who doesn’t want to deal with bugs or lugging her gear to a campsite. And then she has to pack it all up? “That doesn’t sound like a vacation,” she wrote. “That sounds like housekeeping.”

Her perfect vacation: “A hotel with a private beach, a cooler filled with bottles of ice-cold Coca-Cola and a stack of books that I haven’t had a chance to read. And one rainy day where I spend half the day at the local museum and half the day watching movies at a local movie theater.”

As expensive as you want it to be

Camping can be quite affordable, or it can cost you as much to get outfitted as a fancy beach vacation.

Campers spent more than $1.75 billion dollars on camping equipment in 2011, according to an April 2012 Mintel Group report. Yet most people are buying their gear at Walmart, which was the top supplier for 62% of campers surveyed by Mintel. Coleman was the most popular brand purchased.

“Camping is like any other hobby — it can be very bare bones and simple, or quite elaborate depending on what you like to do,” says lifelong camper Christine McGowan, a National Wildlife Federation spokeswoman.

Stick a toe in the water

If you’ve camped and had enough, never mind. No one can convince you of the magic of roasting marshmallows on an open fire or sleeping underneath the stars after you’ve been attacked by bugs.

If you want to try camping, consider the National Wildlife Federation’s “Great American Backyard Campout” on June 22. Registration is free, and the website lists camping tips (including pitching a tent), recipes, songs, stories and games.

If your backyard isn’t safe or you don’t have one, check the website for a nearby park or pitch a tent in your living room.

If you decide to try a nearby state or national park campground for the first time, park websites often have a few tips about how to camp in those areas. (They also may require reservations.) And some stores such as REI rent equipment and have classes to teach would-be campers the basics. Check out their 10 basic essentials list and camping “how to” articles.

Don’t try to convince the haters

Some lessons learned: If you love sleeping outside and want your loved ones to join you, make sure to ask about camping before you propose.

When Broadway actress Jen Cody’s husband proposed to her, she said yes — with three conditions: “I won’t ever camp EVER … not EVER.” (The others involved not traveling in a Winnebago or living in a trailer.)

Wax on all you like about the beauty of sleeping under the stars. Cody, who grew up camping in upstate New York, won’t do it unless it’s on stage or screen.

She remembers sleeping on the rocky ground and Girl Scout camp counselors who made her and other campers search for their ordinary breakfast cereal and milk in the woods. (She never could find the food.)

“I like to climb and hike and do all of that outdoorsy stuff, but I will not sleep outside in a plastic bag on the ground,” she said. ” I have to have a roof over my head.”

Do you like to camp or not? What is your definition of camping? Please share in the comments section below.