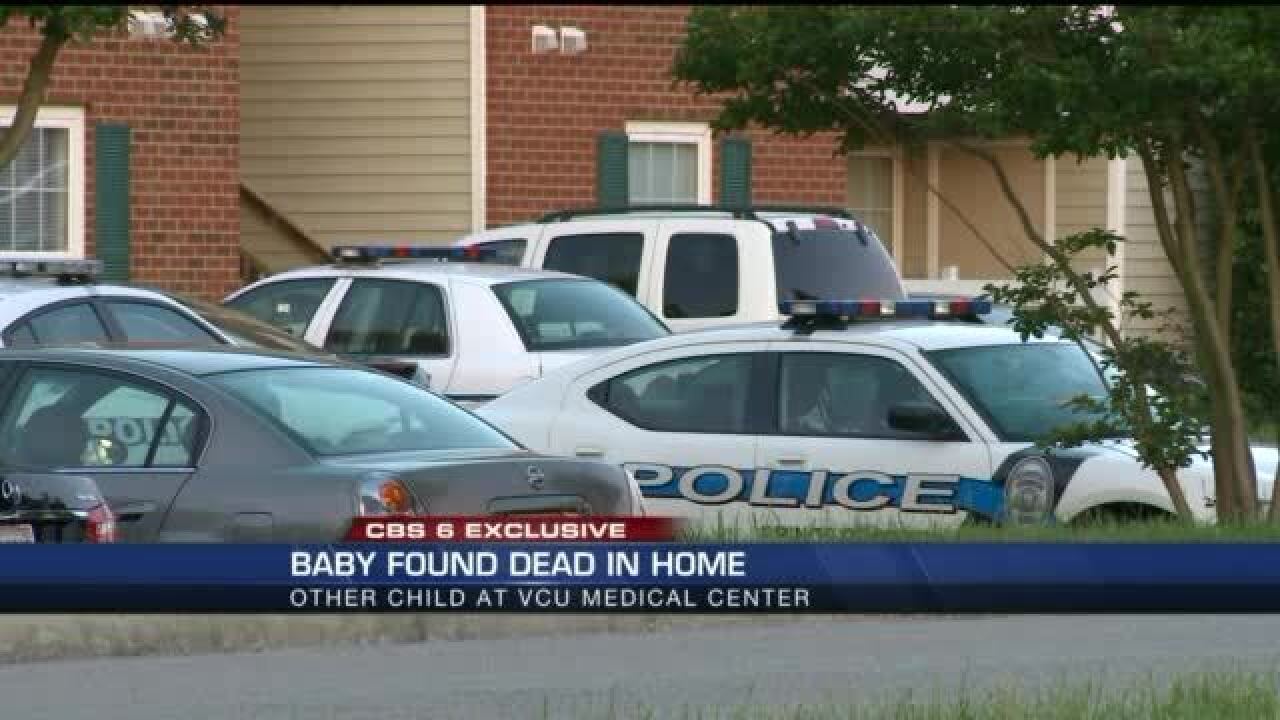 PRINCE GEORGE, Va. (WTVR) -- Police are investigating after an 18-month-old was found dead -- and a two-month-old baby was rushed to the hospital -- Sunday evening in Prince George County.

“I believe it was a little boy,” said Burroughs. “We're certainly investigating the death of the 18-month-old child trying to figure out what happened..."

Police are not releasing information about how a child could die and another be severely injured in their own home.

Investigators, who said the children's mother was home at the time of the incident, are not ruling anything out, including carbon monoxide. That’s why the fire department was dispatched.

“Jefferson Park Fire Department responded with all the sensors and things like that,” said Burroughs. “The fire department has deemed the building to be safe.”

For residents and children at the complex, the events took everyone by surprise. However, residents were skeptical about carbon monoxide since they said the complex is “all electric.”

Detectives are interviewing the mother of the deceased child at VCU Medical Center.

No charges have been filed.