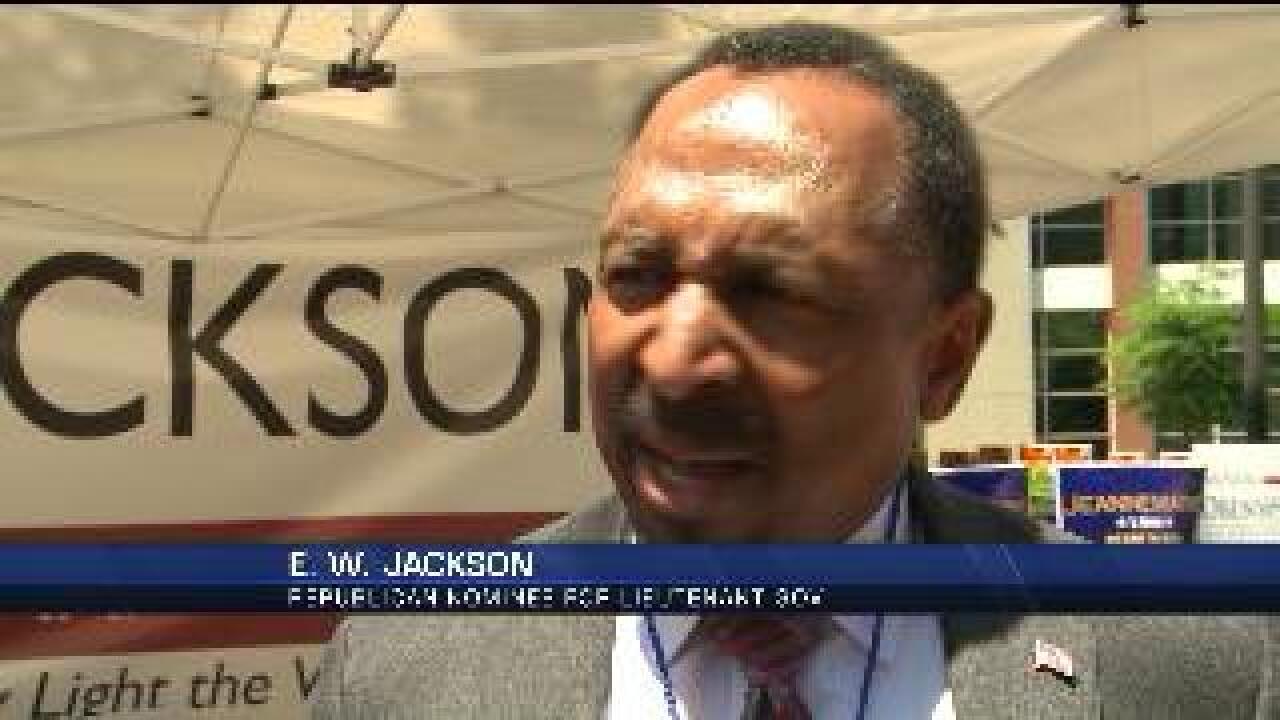 RICHMOND, VA (WTVR) -- It was a political shocker few insiders saw coming, the selection of EW Jackson as the Lt. Governor Nominee in Virginia.

"Virginia is looking for someone who will inspire people and unify people," Jackson said during an interview with CBS 6 political reporter Joe St. George last week.

"What really makes me different is that I have not spent my lifetime in politics," Jackson said.

The President has proclaimed June as Lesbian, Gay, Bisexual & Transgender Pride Month. Well that just makes me feel ikky all over. Yuk!

The "homosexual religion" is the most virulent anti-Christian bigotry & hatred I've ever seen. They have threatened me, but not vice versa.

"Planned Parenthood has been far more lethal to black lives than the KKK ever was,"Jackson said in a 2012 video.

"It is pretty clear to me that the Tea Party has corrupted the Republican Party of Virginia," Chopra said.

"I have heard and watched some of what he said and I think it is very offensive," Northam said.

The Democrats will hold their primary to decide their slate of candidates on June 11.