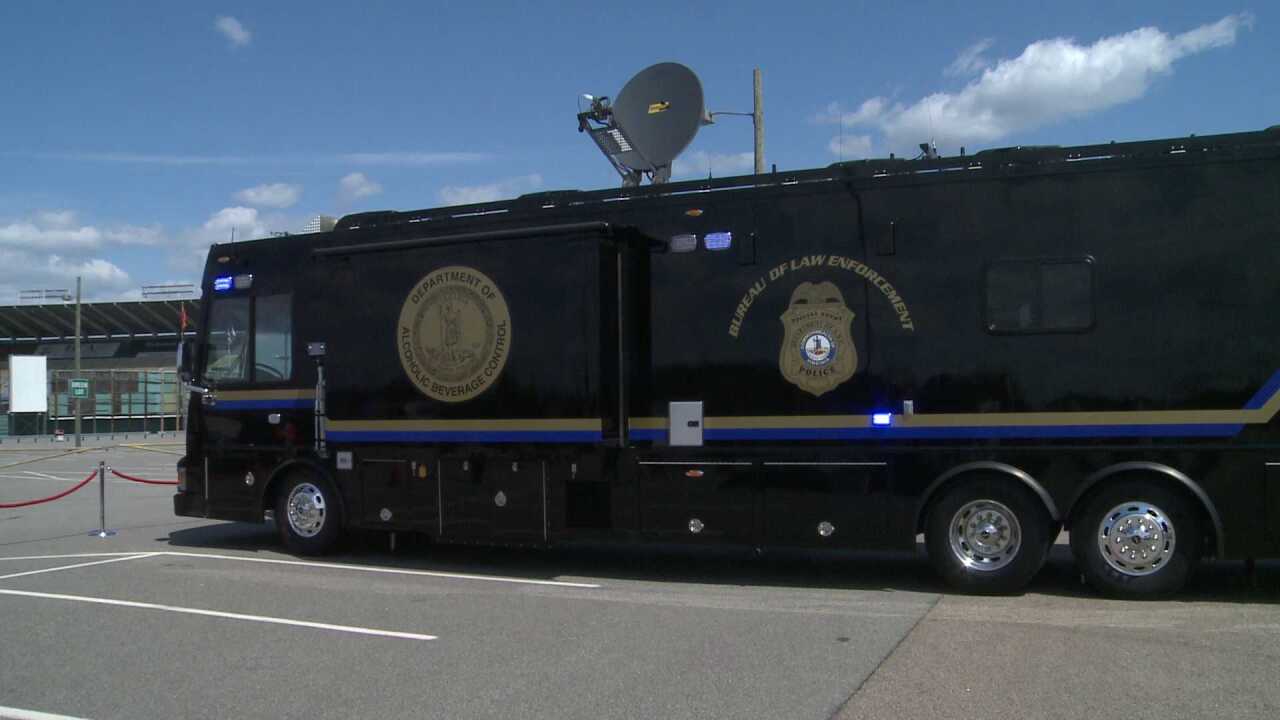 RICHMOND, Va. (WTVR) – The Virginia Department of Alcoholic Beverage controls has a new weapon in its arsenal.

ABC leaders say the 44,600-pound unit will be used at large-scale events, such as festivals, where alcohol enforcement is needed.

But, Shawn Walker, director of the Bureau of Law Enforcement for Virginia ABC, says that’s not the only purpose the command post on wheels will serve.

“One of the things we built into it as we designed it, was the ability to make it available in natural disasters. This vehicle could essentially run as a stand-alone agency,” said Walker.

Agents say the mobile post, equipped with computer work stations, telephones, television and radio systems, will also be available to other state agencies who don’t have similar technology.

Virginia ABC says the $750,000 vehicle was paid for by asset forfeiture funds, not taxpayer money.