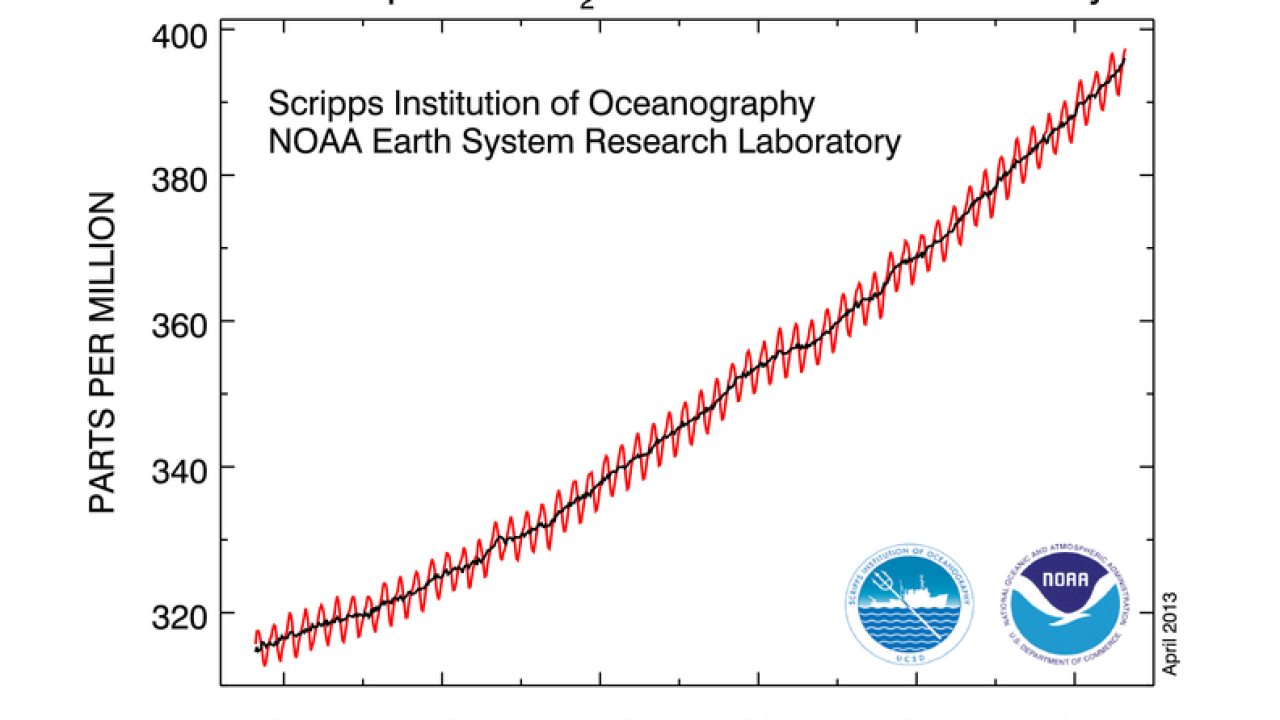 RICHMOND, Va. (WTVR) – A new carbon dioxide benchmark is set. This month, the carbon dioxide concentration as measured at Mauna Loa, HI reached 400 parts per million (ppm) for an entire day. This is the first time in at least 800,000 years, and maybe much longer than that, that this heat-trapping greenhouse gas in Earth’s atmosphere has been this high.

In case you’re wondering, the human race was not around 800,000 years ago. Much of the rapid rise in carbon dioxide (CO2) in the atmosphere has been since the Industrial Revolution.

Readings are taken at the Mauna Loa Observatory in Hawaii, which is widely accepted in the scientific community to be the best account of the world’s CO2 average. Get daily updates on the concentration at http://go.usa.gov/TwNP

The observatory measured this 400 ppm concentration for an entire day in May, but has previously reported 400 ppm for an hour at a time on some prior days. For this benchmark to remain in the books for scientists, the entire month must have this average CO2 concentration. And that looks feasible through the end of May.

In June, though, this level may drop as part of the standard annual cycle of CO2 concentration. Why might that be? Because of more plants and trees at full Spring/Summer blast in the Northern Hemisphere! They’ll be sucking in CO2 to do what they do best – grow and create oxygen for us to breathe. That’s why you’ll notice in the plot above an up-and-down look to the plot each year.

We’re still probably a couple of years away from an annual average of 400 ppm of CO2, but between human population growth and our continued expulsion of this greenhouse gas, the concentration will continue to increase. CO2 is a long-lived atmospheric participant (it stays in the atmosphere for several hundred years), which is linked to rising temperatures globally (both on land and sea).

Watch this NASA video below to see how the Earth is warming over our recent decades.