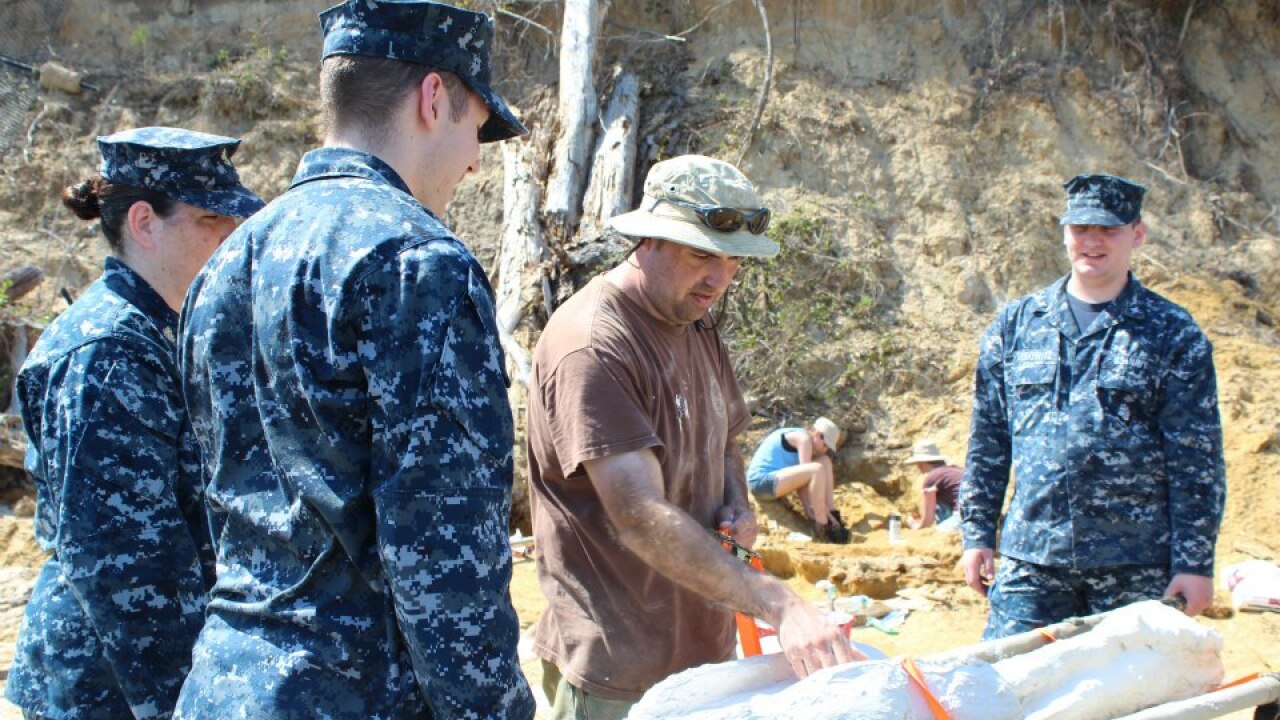 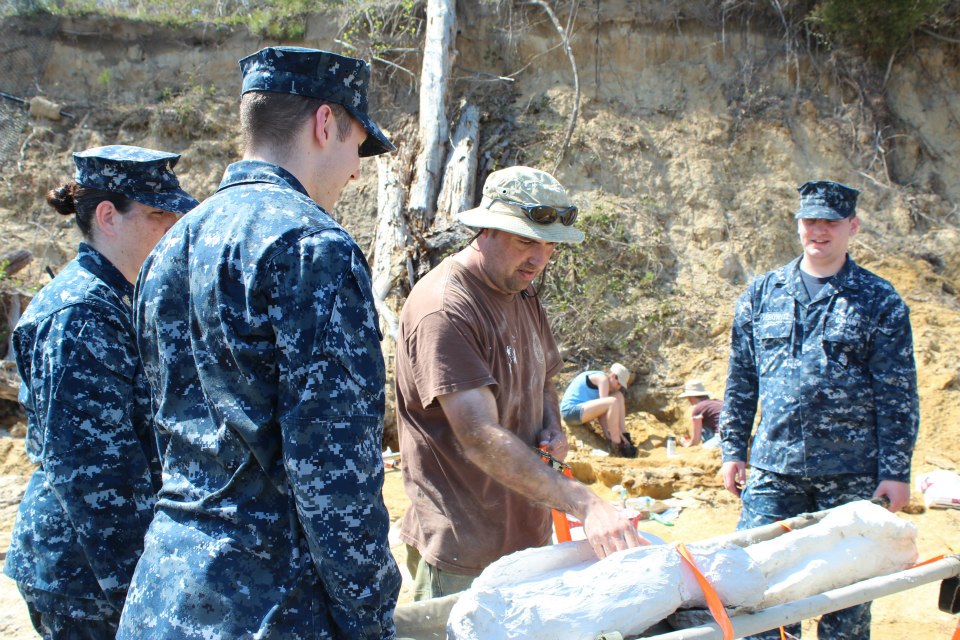 The fossils are now at the Virginia Museum of Natural History in Martinsville where they will be cleaned and studied, according to Alton Dooley curator of paleontology at the museum.

Dooley said while older whale fossils have been found in Virginia, these particular fossils are unusual because there are not many from that time period.

He said his team unearthed about a third of the whale’s skeleton, including its vertebra, ribs and flippers.

He said he hoped these fossils would help explain how these creatures lived in the Atlantic Ocean seven million years ago and how their lives were different compared to whales millions of year earlier and later.

Dooley said whale fossils as old as 14-million-years had previously been discovered in Virginia.

Click here for more information about the most recent whale fossil discovery.