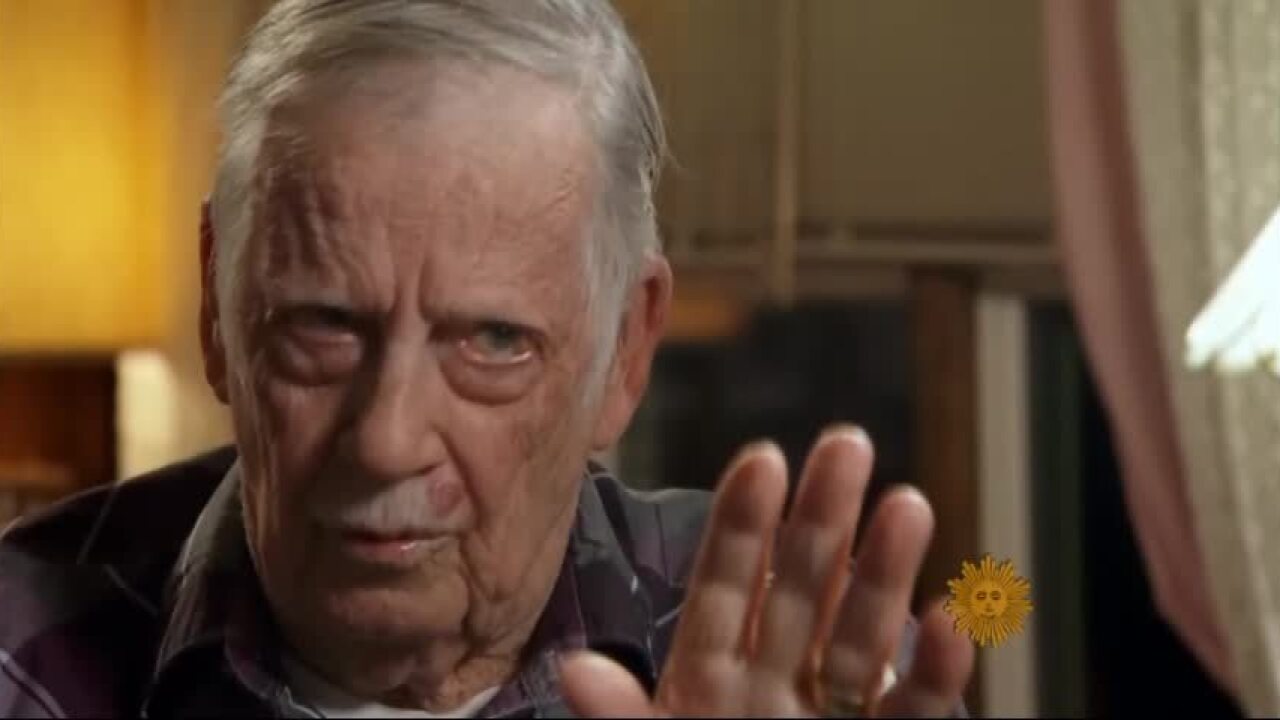 COOKSON, Okla. (CBS) - Inside a single-wide in a Cookson, Oklahoma -- a tortured soul lives alone. Ed Bray, 90,  served in World War II.  He was at Normandy on D-Day. He earned two purple hearts and more than a dozen other medals.  But to this day, he still can't even read what they're for -- not because it's too painful - but because he simply can't read.

"The toughest thing that ever happened to me in my life was not being able to read," Bray said. "I've covered this up for 80 years.  Nobody in this town knows I can't read."

Until he retired in 1981, Ed worked a civilian job at an Air Force base refueling planes.  A coworker helped him with forms and what not.   At home his wife covered for him for 62 years.  She died in 2009.  Today, Ed manages OK, but the soldier in him still refuses to surrender.

Over the years Ed said many people tried to school him, but invariably either the teacher or the student would get frustrated and give up.

Then a few months ago a friend suggested he see a professor of reading educationat Oklahoma's Northeastern State University.

"He told me I was wasting my time.  And I said, 'Well, we'll just sit and chat a couple times a week, is that OK?'" Professor Tobi Thompson said.

Bray got pretty good at the sight words, Thompson said. But the real breakthrough came in February when Bray read a book about George Washington.

"It gave me goose bumps and, you know, it still does.  It still does," Thompson said.

Bray has read 10 more books since then. And though they're all just 3rd grade level biographies - each has had the same dramatic ending. Each one --  the same moral take-away for anyone who thinks there too old to do something.

"Get in there and learn, baby. Now! Cause you ain't going to learn in that pine box," Bray said.