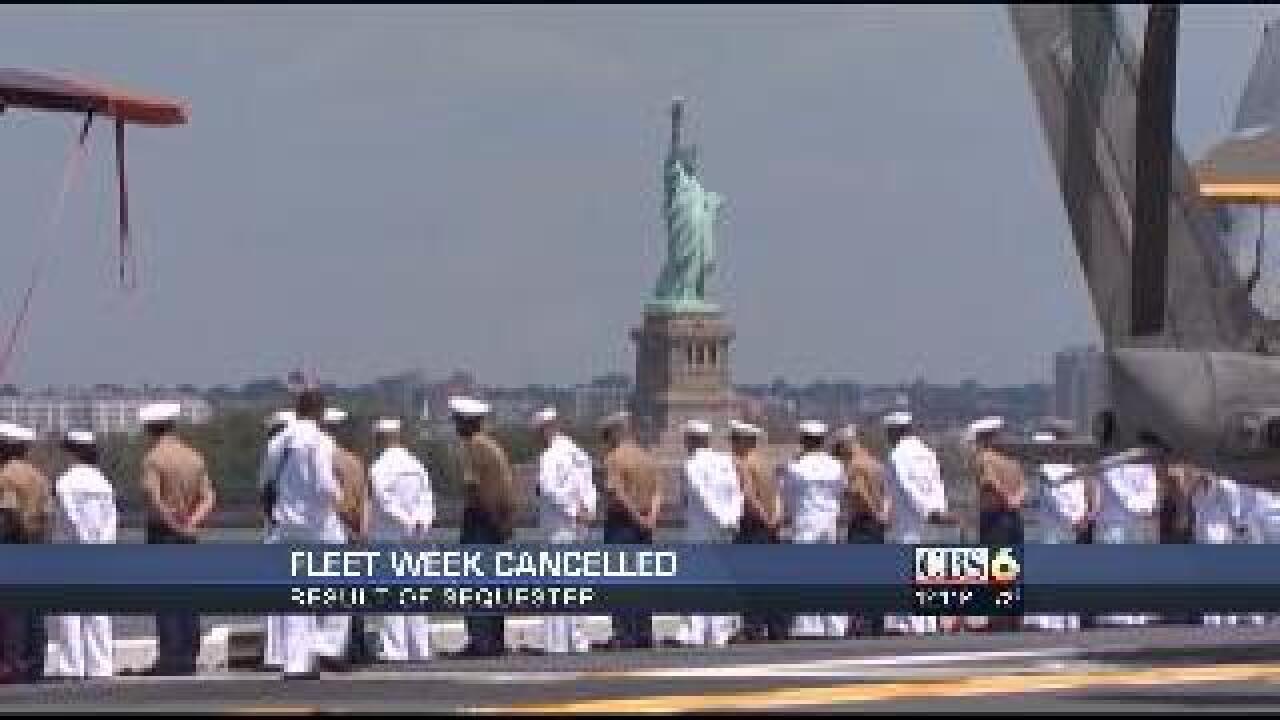 The Navy said aircraft carriers and destroyers will not be sailing into New York Harbor for Fleet Week. Additionally, the Navy's jets are expected to be grounded, which ends the 26-year tradition.

The cancellation will have a huge economic impact on the city.

"We'll be off a lot. I'm not saying it just because of the business. It's just good for the morale of the men, and good for all of the places around here," said Tom Hummel of the Lanmark Tavern in Whitestone Queens. "I just don't see why they're doing it, we spend money all over the world, you can't spend money here in the states for the troops. It's crazy."

Mayor Bloomberg's office said it is still trying to find some way to celebrate.

The city wants locally-based Coast Guard ships to dock at the pier, but there are no firm plans yet.