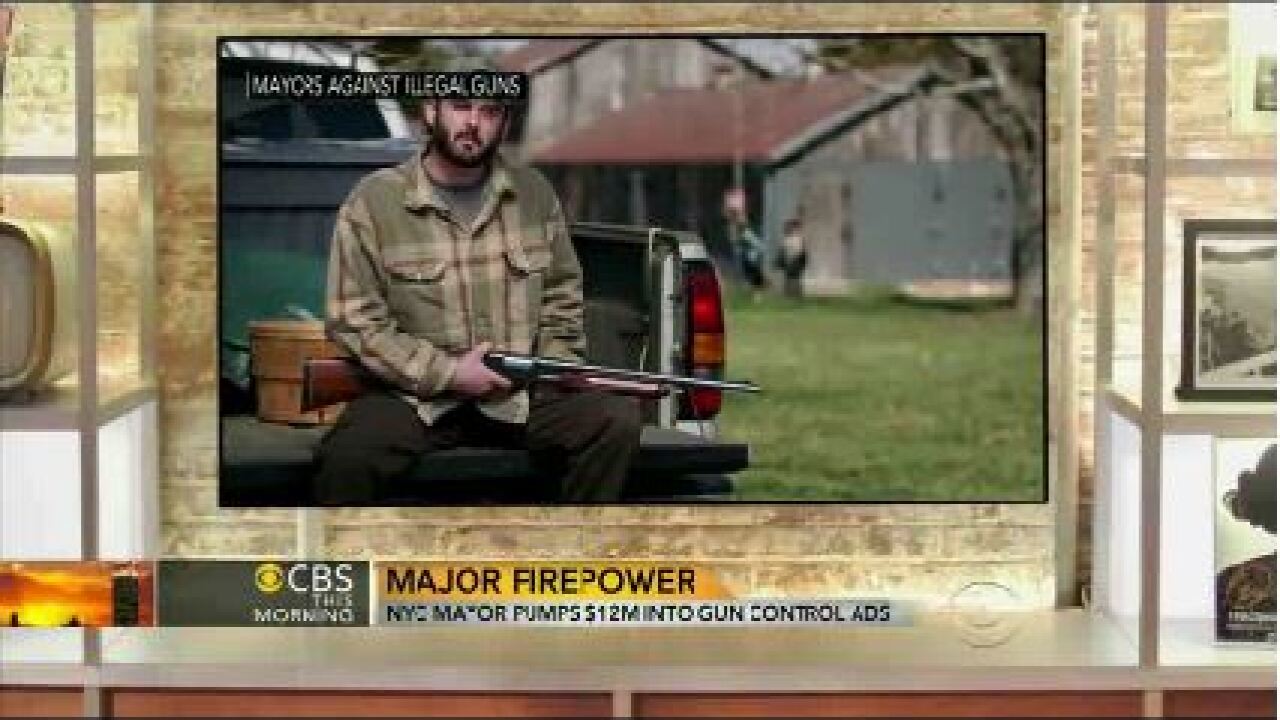 (CNN) — New York Mayor Michael Bloomberg’s anti-gun violence group will launch a $12 million ad buy next week, the group’s largest buy yet in the effort to influence the debate over gun-control measures.

Erika Soto Lamb, spokeswoman for Mayors Against Illegal Guns, says the ads will begin airing in 13 states on Tuesday and are timed to put pressure on both Republican and Democratic senators home for the congressional Easter recess.

In one of the spots, a man holding a shotgun says, “I believe in the Second Amendment and I’ll fight to protect it. But with rights come responsibilities. That’s why I support comprehensive background checks so criminals and the dangerously mentally ill can’t buy guns.”

A second spot shows the same man saying, “Background checks have nothing to do with taking guns away from anyone.”

Biden and President Barack Obama have made the case for several changes to federal law including universal background checks and a ban on assault weapons, though Bloomberg has focused on the background checks, which appear more likely than other proposals to pass Congress.

Bloomberg’s group will coordinate over 100 demonstrations and events in support of universal background checks on Thursday, Lamb said. Many of those events are expected to be in the states where the ads will run.

Biden told Democratic congressmen earlier on Saturday that Bloomberg was prepared to invest “a great deal of his own money” in the debate over guns after noting that members of Congress who speak out on the issue but face challenges in their own district are “gonna have help.”

Bloomberg has previously bought targeted ads, including one that aired in the Washington, D.C., area during the Super Bowl. His super PAC also invested in a congressional special election in Chicago.

The New York Times first reported news of a $12 million ad buy from the group.