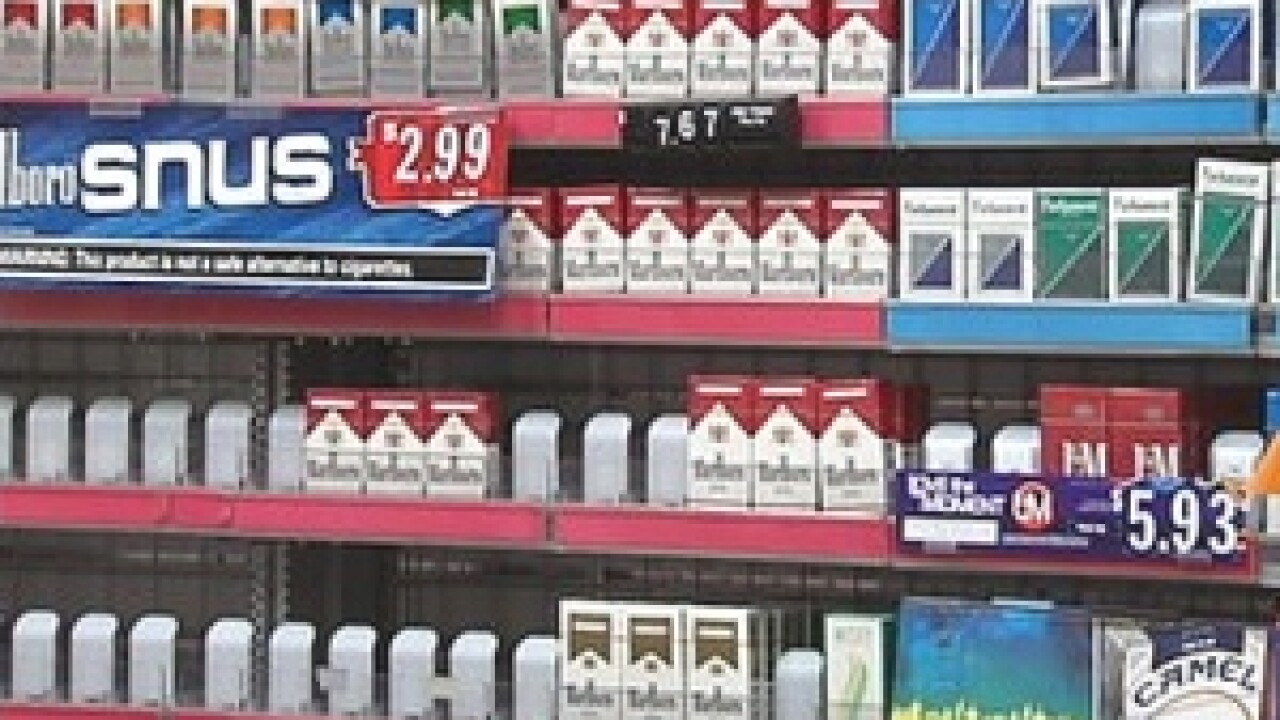 (CNN) — One week after a New York judge invalidated the city’s ban on sugary drinks in containers larger than 16 ounces, Mayor Michael Bloomberg is back with another public health initiative, this one requiring retailers to keep tobacco products out of sight.

Under the Tobacco Product Display Restriction bill, sellers would have to keep tobacco products hidden, in cabinets, under the counter or behind a curtain, except during a purchase by an adult or during restocking.

Bloomberg says that if the bill passes, New York City would be the first in the nation to keep tobacco products out of sight in retail stores.

“New York City has dramatically lowered our smoking rate, but even one new smoker is one too many — especially when it’s a young person,” he said. “Young people are targets of marketing and the availability of cigarettes, and this legislation will help prevent another generation from the ill health and shorter life expectancy that comes with smoking.”

Health Commissioner Dr. Thomas A. Farley said that although New York City’s comprehensive smoking prevention program has led to a decrease in the smoking rate in adults, the youth rates have remained flat since 2007 and this bill is an important next step in protecting teens from tobacco.

The second part of the legislation, the Sensible Tobacco Enforcement bill, tackles illegal cigarette smuggling by increasing penalties for retailers who sell tobacco without a license or fail to pay tobacco taxes. It would also prohibit the sale of discounted tobacco products.

The bills would still allow sellers to advertise tobacco products and price information to consumers.

Bloomberg announced the new legislation at Queens Hospital Center on Monday, and the bills will be introduced Wednesday.

New York City passed the Smoke Free Air Act in 1988, when smoking was banned in public restrooms and taxicabs. The law was amended in 2002, when smoking in indoor areas, including restaurants and bars, was banned. Additionally, in 2011, Bloomberg signed a bill banning smoking in many public places, including New York City’s parks and public beaches.