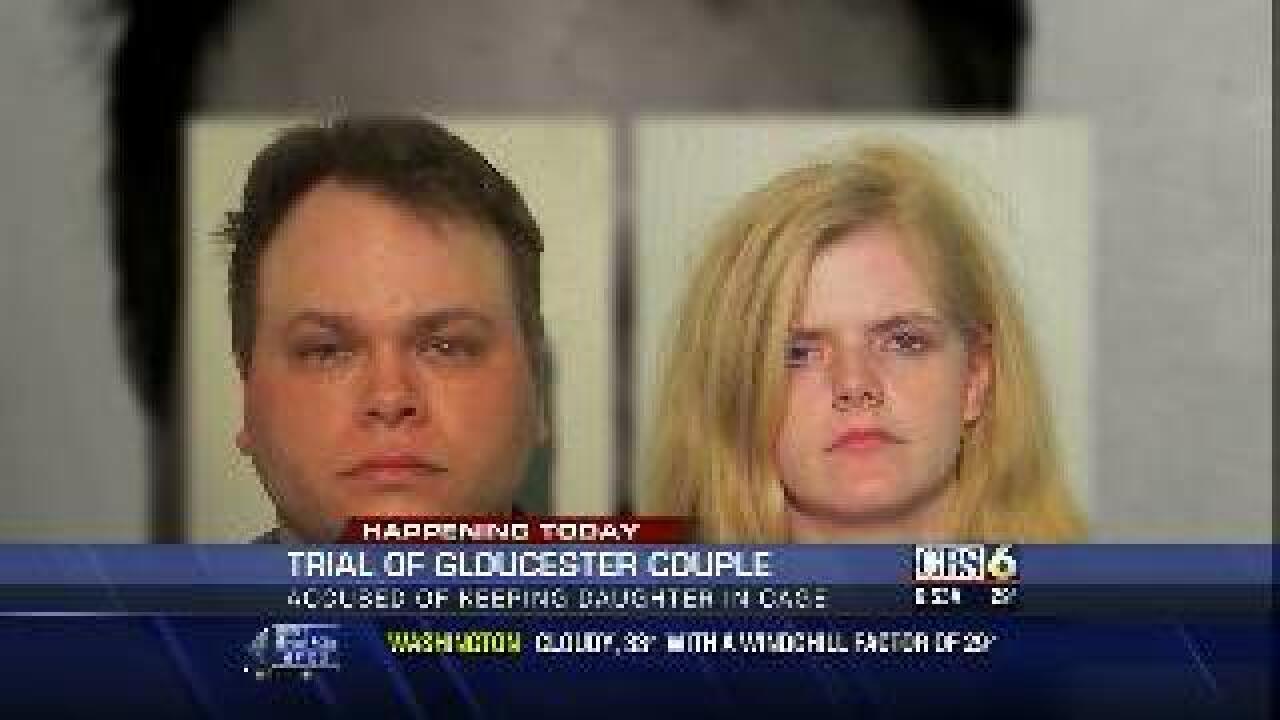 GLOUCESTER COUNTY, Va (WTVR) -- The Virginia couple accused of keeping their daughter locked in a cage and starving her, are heading to trial today.  Brian and Shannon Gore of Gloucester County are facing charges for felony child neglect and aggravated malicious wounding.  And in a surprising twist, a judge ruled the young girl who reportedly survived the ordeal will have to testify.

On Monday Judge Bruce Long ruled the now 8-year-old girl will appear via closed circuit television.  She will have to tell the court what happened nearly two years ago, that led to the arrest of her parents.

"Even testifying via closed circuit television means that the child will be in a strange courthouse environment, subjected potentially to questioning by strangers and therefore may endure significant trauma."

The young girl was 6-years-old, when police reportedly found her living naked in a makeshift cage, covered in her own feces and unfed.  Court documents say the girl was so hungry she "was eating flakes of skin that were falling off her."

Both the prosecution and the defense teams have gone back and forth on whether or not the young girl should have to take to the stand.  The prosecution did not want the girl to relive the incident.  But the defense reportedly wants to show she is currently in good physical health in an effort to undermine the Commonwealth attorney's evidence and their ability to prove malicious wounding.

"She has to come out next to testify on a witness stand and be subject to cross-examination by defense attorneys," Stone said.  "So a jury will get to hear this evidence and have to decide whether or not these people are guilty."

Following today's jury selection, the trial is expected to last through Friday.