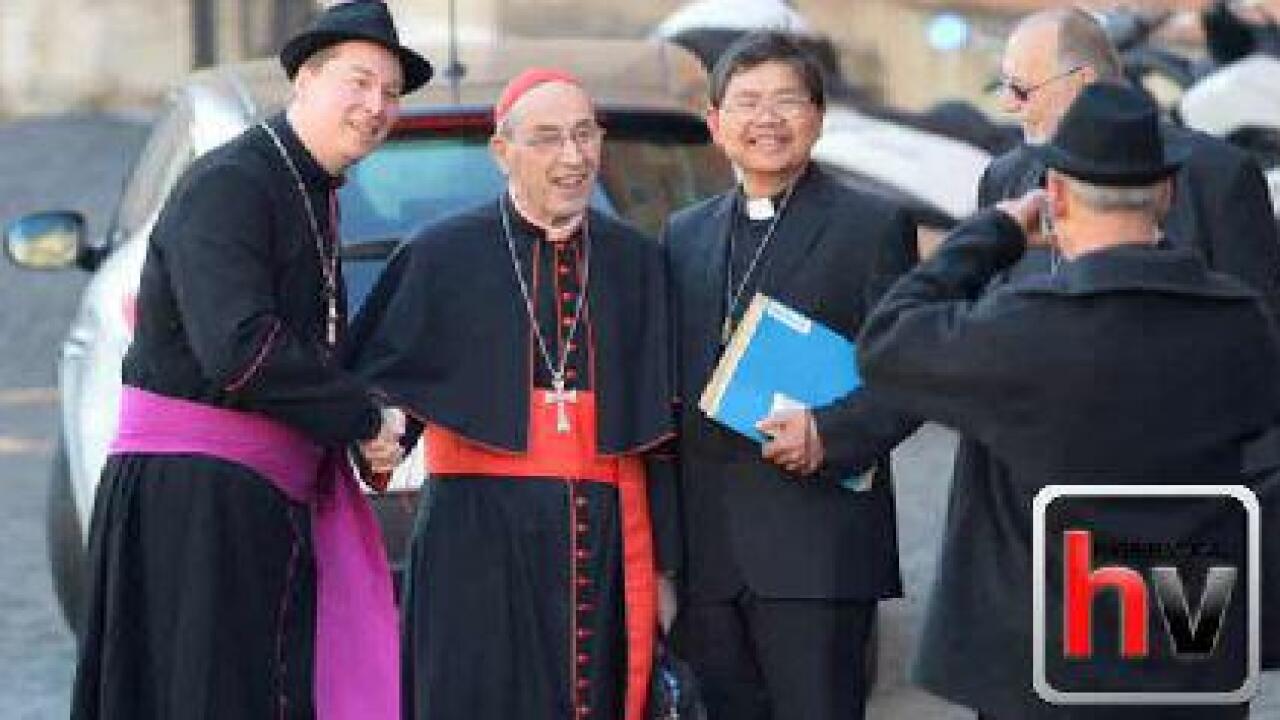 (CNN) — Move over, Tareq and Michaele Salahi, the Virginia ex-couple who famously — or infamously — crashed President Obama’s first White House state dinner. There’s a new impostor posing with dignitaries, and he set his sights on an even more coveted gathering.

Meet Ralph Napierski, a German self-declared bishop who reportedly called himself “Basilius,” said he was with the nonexistent “Italian Orthodox Church” and set out to infiltrate a Monday meeting of cardinals at the Vatican.

The fake bishop played the part of cardinal, donning a purple sash (really a scarf) over his vestments and mingling with cardinals and others who’d flown in from around the globe ahead of the conclave to pick a new pope. He smiled wide and posed for cameras while shaking hands with Cardinal Sergio Sebiastiana. He tried to blend in.

But before he could get into Paul VI Hall for a top-secret meeting, the Telegraph reported, Napierski was nabbed and booted by Swiss Guards. Seems the disguise, which was a little off, gave him away. The cassock was too short, the crucifix around his neck a bit different, the purple scarf conspicuous against all the red. The fedora on his head, against all the skullcaps, probably didn’t help.

CNN tried unsuccessfully on Tuesday to reach Napierski, who runs several sites including one dedicated to Jesus Yoga. In a rambling blog called Corpus Dei, which he describes as a “Catholic order after episcopal law,” he writes that he is “a slave and apostle like St. Paul” and “is fighting the Heresy and false movements inside the Roman Catholic Church.”

He also claims to be an “internet hacker and activist” and an inventor who came up with “a system to enable persons to control computers with the Power of thoughts.”

What he was thinking when he tried to pull off Monday’s stunt is unknown. But the International Business Times said he told reporters “that he believed Catholic bishops were wrong to move priests who had been accused of sexual abuses around various parishes, prompting the Daily Mail to describe him as a ‘child abuse protester.’ “