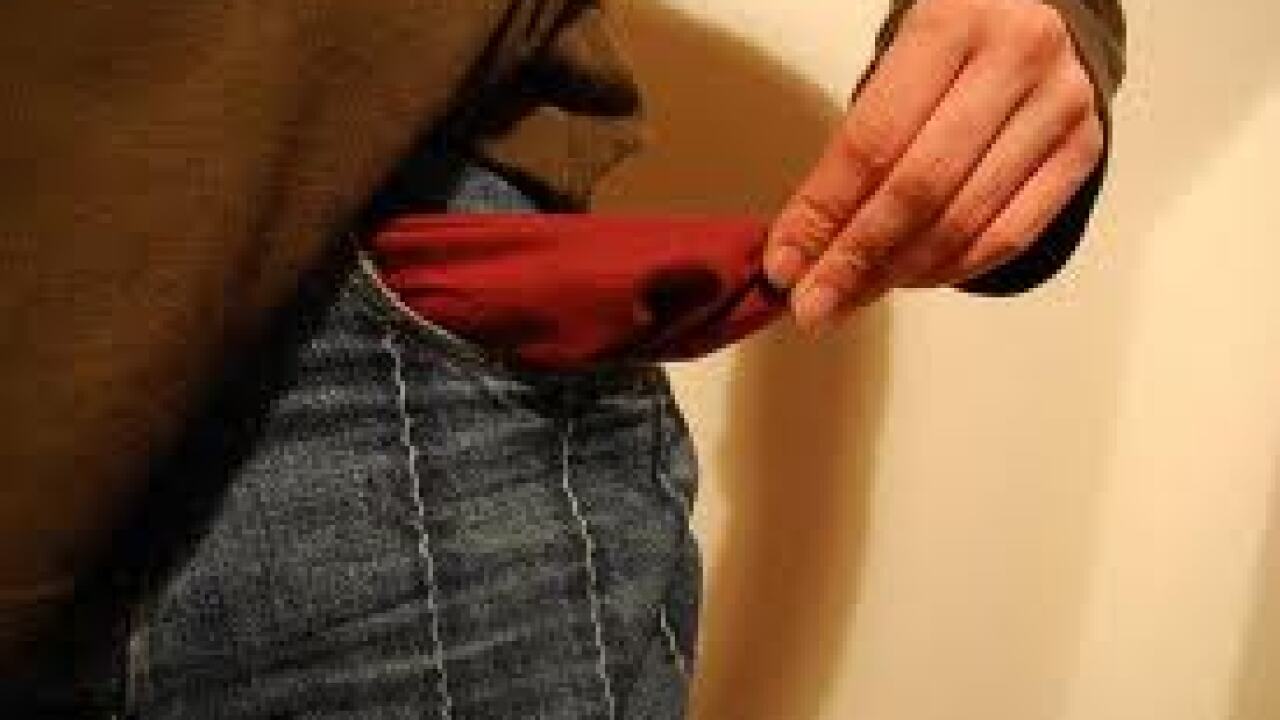 (CNN) — Serena Cervantes has been struggling to earn her bachelor’s degree for seven years.

With tuition for two courses at her California university demanding $2,300, it’s not the workload that has her putting off the final class she needs to graduate in May.

The 25-year-old has worked as a maid and retail clerk to make ends meet, but she says that dating the men she encounters on Sugardaddie.com has proved to be a more lucrative endeavor.

“I’ve had a hard time finding jobs and keeping jobs,” she said. “I thought this would be a good way for me to have a relationship with someone and also make it, as these sites all say, mutually beneficial.”

Cervantes is just one of many students who’ve sought out sugar daddies online in a time of need. Dating site SeekingArrangement.com, which connects wealthy men with women looking for financial support, reports that coeds made up 44% of the site’s total users in 2012. With tuition on the rise, that number will likely continue to climb.

While some may compare the practice to prostitution or question the morality of trading money and gifts for affection, the people who use these sites contend that they’re merely a conduit for both parties getting what they want.

Men who engage in such relationships, many of whom are older and married, enjoy taking care of young women and assuming a mentor role in their lives, said Steven Pasternack, who launched Sugardaddie.com in 2002.

“You have some guys who like to spoil and pamper their women by taking them out to nice dinners, buying them gifts. Some maybe help with the utility bills or take them on trips,” Pasternack added. “And there are other guys that will have an ongoing relationship in which they’ll say, ‘OK, I’ll give you an allowance and you can put this toward whatever your needs are.’ ”

The average monthly “allowance” sugar daddies on the site said they shell out is $3,000, according to SeekingArrangement.com.

So what do these “sugar daddies” get in return for all their generosity? Surprisingly, sex isn’t a given. It’s obviously on the table, says Cervantes, but there are other motivations.

But she admits that sex ups the ante — if a sugar baby consents to an intimate relationship, she’s likely to get more gifts out of her benefactor.

“If you look at the language of various state statutes, the terms of many of the relationships fall under the definition of prostitution,” said New Jersey attorney Alex Miller, who has studied “sugar dating.”

Authorities shy away from prosecuting sugar websites and their users because the relationships can mirror a typical romance, Miller said. Plus, users are savvy enough not to broadcast online whether they’re trading sex for cash.

Sex isn’t the only motivator for sugar daddies, according to Brandon Wade, the founder and CEO of SeekingArrangement.com. Some also want to help a struggling young woman.

Wade, 42, (who met his wife, 27, on the site) said most of the men on the site begin communication with potential sugar babies by asking them why they’re looking for a sugar daddy.

While most of the sugar daddies Cervantes has met through the website prefer to arrange a per-date per diem, one married man wrote her a check for $1,600 to go toward her tuition and rent after their monthlong courtship.

She said she prefers dating married men because they tend to be more paternal and offer a steadier source of income than single men.

Is it prostitution by another name?

SeekingArrangement.com’s Wade said the men who subscribe to his site are discouraged from offering money on a per-date basis to avoid operating like an escort service.

By crosschecking users’ photos with those on Craigslist.com and Backpage.com, as well as monitoring conversations between members, Wade says he is able to weed out the escorts posting on his site.

Atlanta-based criminal defense attorney Bernard Brody said there’s no crime in paying someone solely for his or her companionship.

“The crime is when you pay someone to engage in sexual conduct,” he added.

Kimberly Mackey, who attends college in the South, says she had one Sugardaddie.com suitor pay her $500 to have lunch with him. She said she doesn’t consider herself a prostitute because she doesn’t have sex with most of the men she meets through the site.

The 23-year-old started engaging in relationships with older, wealthy men after moving away from home at 18. An older colleague saw she was having trouble supporting herself, so he started inviting her on golf trips with his friends and buying her gifts.

The man told her, “You’re only going to be young and hot for so long. Take advantage of it while you can.”

Mackey got used to the perks. She said sugar daddies have offered her cars, vacations and apartments, but she prefers cash.

Why go the sugar route?

Though Mackey says she’s not ashamed of her unconventional part-time job, she doesn’t make a habit of telling everyone about it.

When her mother asks how she can afford to not work, she says her ex-boyfriend helps her pay her credit card bills, which some people might consider a sugar relationship in its own right.

Cervantes, on the other hand, said her relationship with a family member suffered after she opened up about her experience dating sugar daddies: “He said, ‘You’re selling your body online.'”

Despite Cervantes’ qualms about accepting money in exchange for her companionship, she has no plans to deactivate her account anytime soon.

She said she doesn’t have parents who can help her pay for school, so she relies on the kindness of wealthy men out of desperation.

Without the extra income, Cervantes said she’d be back at the homeless shelter she lived in for three months in 2009.

“In my heart of hearts I don’t really like the situation,” Cervantes said. “Right now it’s a survival mechanism.”

Sugardaddie.com’s Pasternack said the relationship between a sugar baby and sugar daddy is all about perspective.

“I helped my wife get through school, I pay for the bills, take her on trips, buy her nice gifts,” he said. “I guess you could say a lot of married guys are sugar daddies without them realizing it. I think you can say basically any guy who wants to impress a woman is a sugar daddy.”