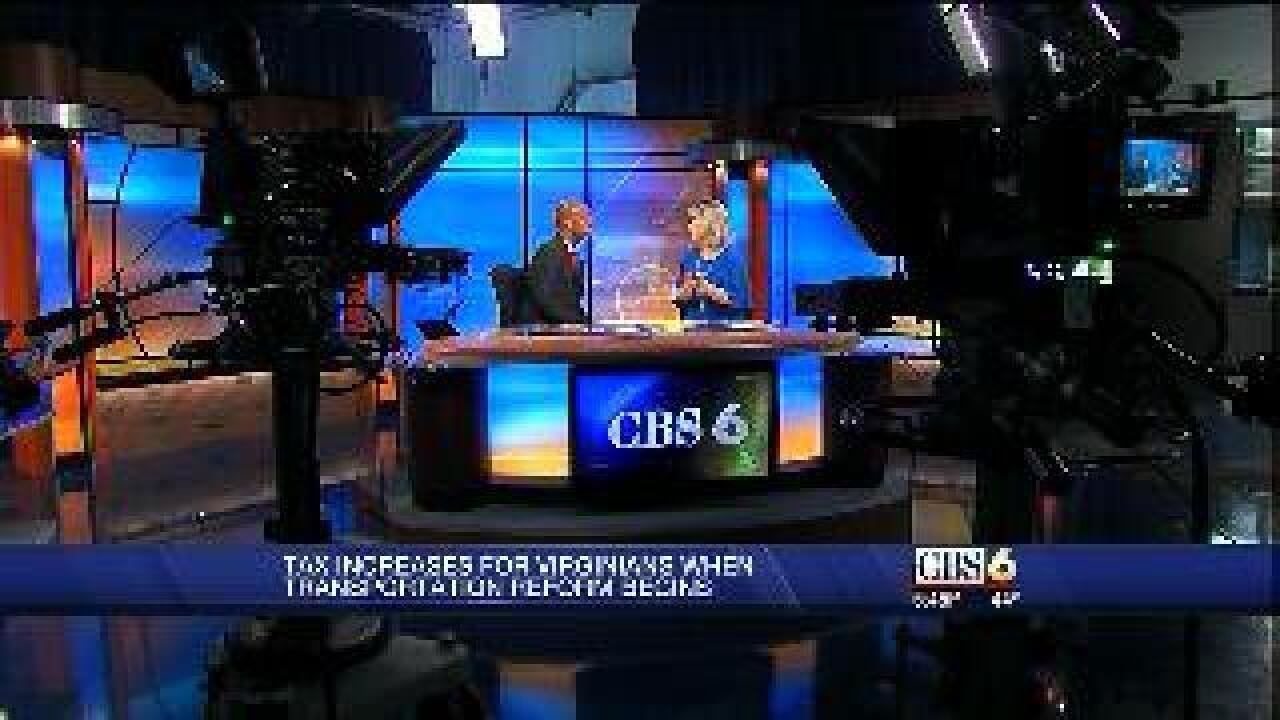 RICHMOND, Va. (WTVR) - While lawmakers spent part Saturday shaking hands and congratulating themselves on passing the first major piece of transportation reform in 17 years, friends of the Tea Party were expressing their disappointment in our elected leaders.

Jamie Radtke, co-founder of the Virginia Tea Party Federation, came to the CBS 6 studio Monday to talk about why the party is unhappy.

The transportation bill was approved by Democrats and Republicans in the state House and Senate, and could be signed into law by a Governor whom Radtke says attacked opponents in previous years for proposing tax increases.