Feral hogs cause havoc in neighborhood 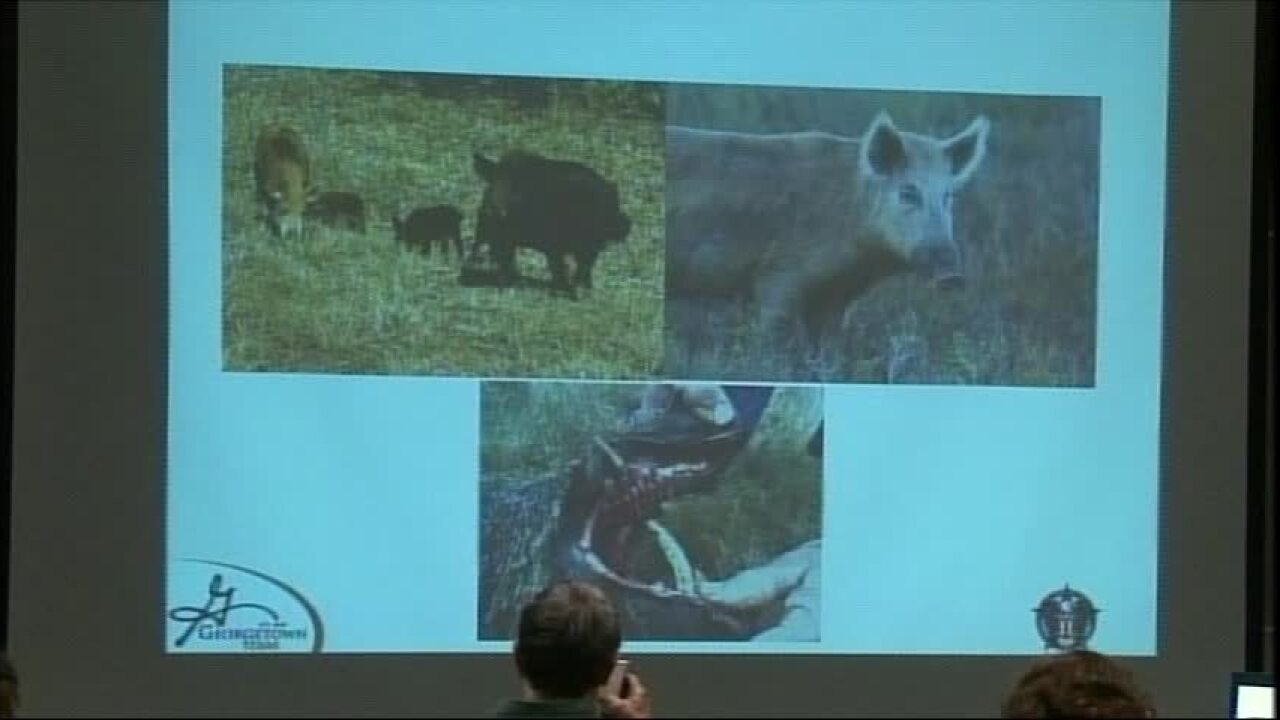 GEORGETOWN, TX (KEYE) -- Wild hogs are causing big problems in one Texas county and residents are fighting back to keep swine out.

In fact, the wild hogs are not just causing problems in rural parts of Williamson County, but are also invading neighborhoods -- and leaving a path of destruction.

The hogs have folks in the River Ridge community on edge.

"I got chills over my body because I had no idea what it was," said Roxy Odiorne.

The girl's mother, Leslie Odiorne, said she  the mysterious sounds of the hogs rummaging  and snorting in her yard are keeping her from getting a good night's sleep.

"A lot of the residents have seen them actually out in the early morning hours,"  Odiorne said. "They're pretty big size -- and they were babies --  but they were still monstrous."

And they're tearing up residents' backyards.

"They've completely dug up a lot of the dirt. It's not even safe to walk on," Odiorne said. "There is sinkholes from where they dug up the ground."

Karen Smith, who said she hired her own trapper to deal with the issue, showed off the damage in her front yard, too.

"They are squealing their rutting their grunting... the big ones are pushing the little ones out of the way," Karen Smith said.

Wildlife authorities said it was so close to water and all had a lot of dense vegetation.

Smith said the animals have been are rooting for grubs and acorns because of the drought.

Two that neighbors recently caught two of the pigs, but residents are not allowed to shoot the creatures. That's because a city ordinance makes it unlawful for any person to fire or discharge a weapon within a city.

"The movement is coming from the southwest part of town but we are not equipped to deal with the problem as big as it is," said Max Nixson with Georgetown Animal Control.

In an attempt to find a solution, a forum Wednesday was held for the community members and experts.

Georgetown authorities said they will be conducting more forums to help find solutions on how mitigate the growing problem and impact to the community.