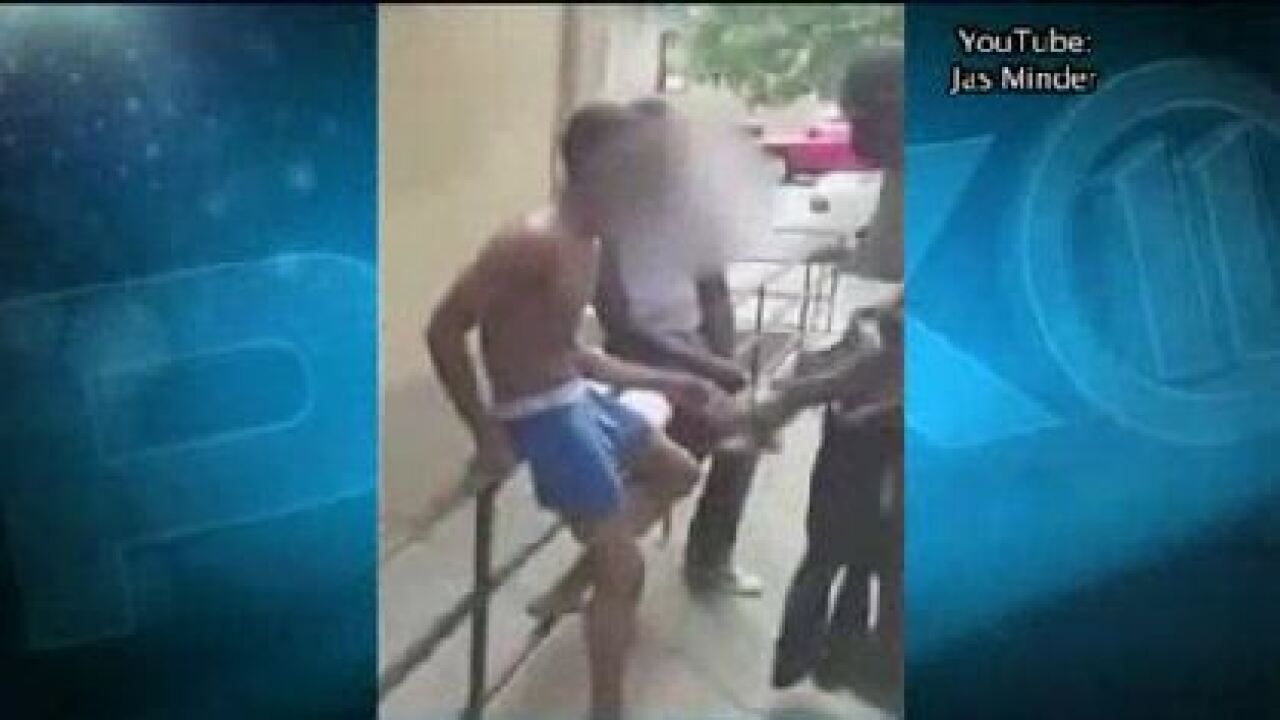 **WARNING: SOME VIEWERS MAY FIND THIS VIDEO DISTURBING**

(CNN) — Footage of the beating of a New Jersey man, who was forced to strip naked for a belt-whipping over an apparent $20 debt, has garnered the attention of Newark city officials after the online video went viral.

“Take everything off right now. You’re moving too slow,” a man yelled in shaky cell phone video, which shows him whipping the naked victim as others crowd around.

Moments before the August assault, a man handed the assailant his belt as the cameraman appears to spray the victim, now 21, with a clear liquid.

“Your father owe me money. Take everything off, jeans, everything,” the male voice said. The video then shows the man being whipped 49 times as others laugh in what appears to be a gang-related attack, according to Newark Police Director Samuel A. DeMaio.

Three men were charged for aggravated assault, conspiracy, possession of a weapon, and robbery after they allegedly stole $20 from the victim. A woman who was present during the attack has also been arrested on drug charges.

On Wednesday, Newark Mayor Cory Booker called the incident “shocking,” “disturbing” and “a blow to the conscious of our community.” He said it points to a “subculture of violence we have to address.”

“This is not who we are,” said Booker, who then admonished those who may have witnessed the attack, but failed to report it.

“We do not tolerate this level of cruelty.”

The victim’s father apparently owed the assailant $20, according to police and multiple voices heard on the video.

Newark Councilman Ronald Rice called the video “a documentation of our dysfunction.”