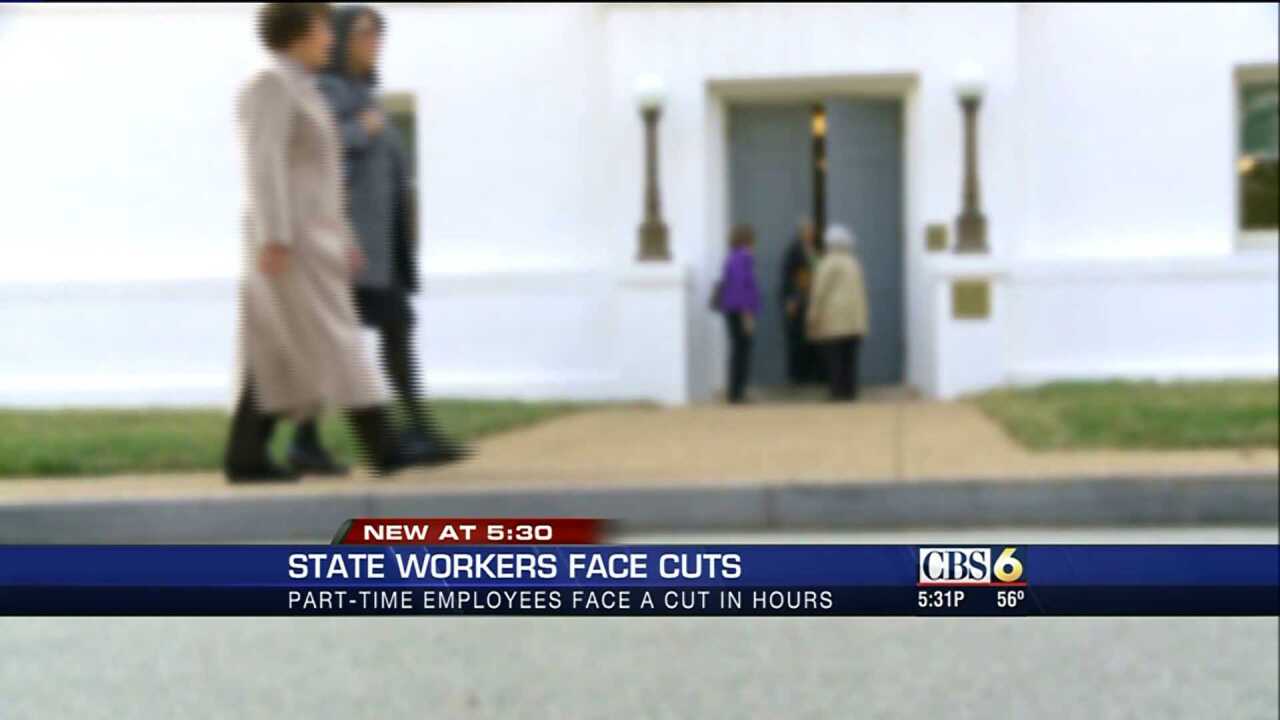 This comes as the Commonwealth of Virginia begins to implement President Obama's Healthcare law which mandates any employee working over 30 hours a week be eligible for health benefits.

"Folks are upset -- a lot of them don't understand it," Ron Jordan, Executive Director of the Virginia Government Employee Association, said.

Under a directive by Gov. Bob McDonnell, which passed the General Assembly during the budget process, part-time workers are now required to work no more than 29 hour work weeks -- even though some have worked over 40 hour weeks for years.

"This will hurt my family," one part-time state employee told CBS 6 by phone.

"This blind-sided me," said another who wishes to remain anonymous.

“This is a very unfortunate consequence of a law that the governor did not support.," Paul Logan, a spokesman for Governor McDonnell, said.

"That law is now in effect and it requires actions such as this one. The Commonwealth of Virginia is grappling with the same issues that many businesses in the private sector are as they struggle to deal with the costs imposed by the Affordable Care Act,” Logan added.

These cuts come in a time in which full-time state workers are expecting a three percent raise in August 2013.

In total over 7,000 employees will be impacted across the state according to a survey released by McDonnell's office linked below on page eight.

DMV workers, ABC workers, and even University staff at VCU and Community Colleges are affected.

"I don't think that is fair but this is a bill that's been thrust on the people," Mike, a full-time state employee, said.

ABC stores, which have over 600 workers that work over 30 hour work weeks,  indicated they will add new part-time employees to make up for the hours of work they can no longer offer current employees.

Click here and look to page 8 for a Government Study on how many workers would be affected.