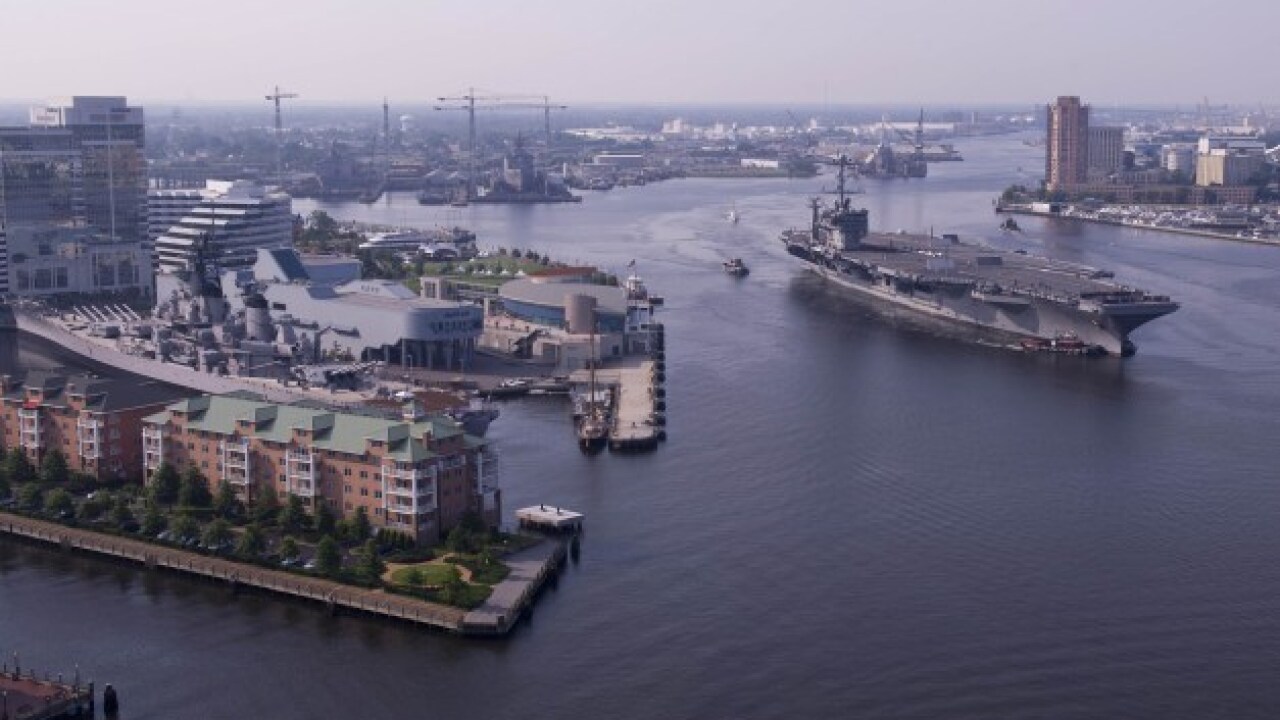 by Matt Knight and Laurie Simmons

Norfolk, Va. – The USS Harry S. Truman will not deploy on Friday as scheduled.

The decision was approved by President Obama himself as part of a Navy package presented to the president outlining budget options the service can take to deal with possible shortfalls from the upcoming budget sequestration and the lack of a defense budget.

The cuts mean the Navy will be forced to keep only one aircraft carrier in the Persian Gulf.

Families depend on deployment money to pay bills. Many move home for family support. They are already gone.

Single sailors with children already sent their kids to caretakers.

Many sailors moved out of apartments or homes, have cars in storage and already set up mortgage and phones and bills. This will be a tough adjustment.

Since they are now cancelled, only delayed indefinitely, they could have to leave suddenly if the budget impasse is solved.

The Navy is asking for community help for these 5,000 sailors, giving leniency on bills.

Living arrangements, help with temporary storage, temporary transportation…many of them do not have local family or a support system.

The USS Dwight D. Eisenhower is scheduled to deploy to the Persian Gulf in the next two weeks and according to the Navy, they are still on schedule to do so. They will be taking over for the Stennis, who will head back to the west coast.

We asked Fleet Forces why the Eisenhower deployment wasn’t cancelled instead, and they could only tell us there were “longer term maintenance issues and certifications” that came into play in the Navy’s decision.

The Navy has kept an on-and-off presence with two carriers in the Gulf region during the Iraq and Afghanistan wars. Defense Secretary Leon Panetta extended a directive to keep two carriers in that region last summer as tensions with Iran intensified and Tehran threatened a blockade of U.S. carriers into the Persian Gulf

If a second carrier is needed in the Middle East, it might have to come from Asia, which is also a top national security priority for the Obama administration, potentially leaving the Asia region without a carrier for a period of time.

Statement from the Pentagon:

“The secretary of defense has delayed the deployment of the USS Harry S. Truman (CVN-75) and the USS Gettysburg (CG-64), which were scheduled to depart Norfolk, Va., later this week for the U.S. Central Command (CENTCOM) area of responsibility.

“Facing budget uncertainty — including a continuing resolution and the looming potential for across-the-board sequestration cuts — the U.S. Navy made this request to the secretary and he approved. This prudent decision enables the U.S. Navy to maintain these ships to deploy on short notice in the event they are needed to respond to national security contingencies.

“The United States will continue to maintain a robust military presence in the CENTCOM region, including the current carrier presence and a mix of other assets, to fulfill enduring commitments to our partners.  The U.S. military continues to stand ready to respond to any contingency and to confront any threat in the region.”

The following is a statement by Congressman Scott Rigell:

“This most recent announcement concerning the USS HARRY S TRUMAN and our carrier presence in the Persian Gulf is an early indication of the challenge our region will face if sequestration is not averted. I have supported, and the House has passed on two separate occasions, measures that would avert sequestration. As recently as today, I co-sponsored legislation to be introduced by House Armed Services Committee Chairman Buck McKeon that would avert these cuts for the remainder of this fiscal year by offsetting them with savings through attrition in the federal workforce with a national security waiver.”

“I urge the President and the Senate to consider these alternatives passed by the House to avert sequestration. The seriousness of this situation cannot be overstated. These cuts have the potential to devastate our region and, as we can see by today’s announcement, the impact on our community and our forward presence has already begun.”

The following is a statement by U.S. Senator Tim Kaine:

“Today’s decision regarding the Norfolk-based USS Harry S. Truman is the clearest sign yet that continued budget uncertainty will have a direct and dangerous impact on our national security and military readiness – not to mention the impact on the servicemen and women and their families who stand to be affected in Hampton Roads. Allowing the sequester to take effect and operating our military under a continuing resolution is poor business, poor budgeting and poor governance. We need to get back to an orderly budget process that prevents political gridlock from creating uncertainty and jeopardizing our national defense.”