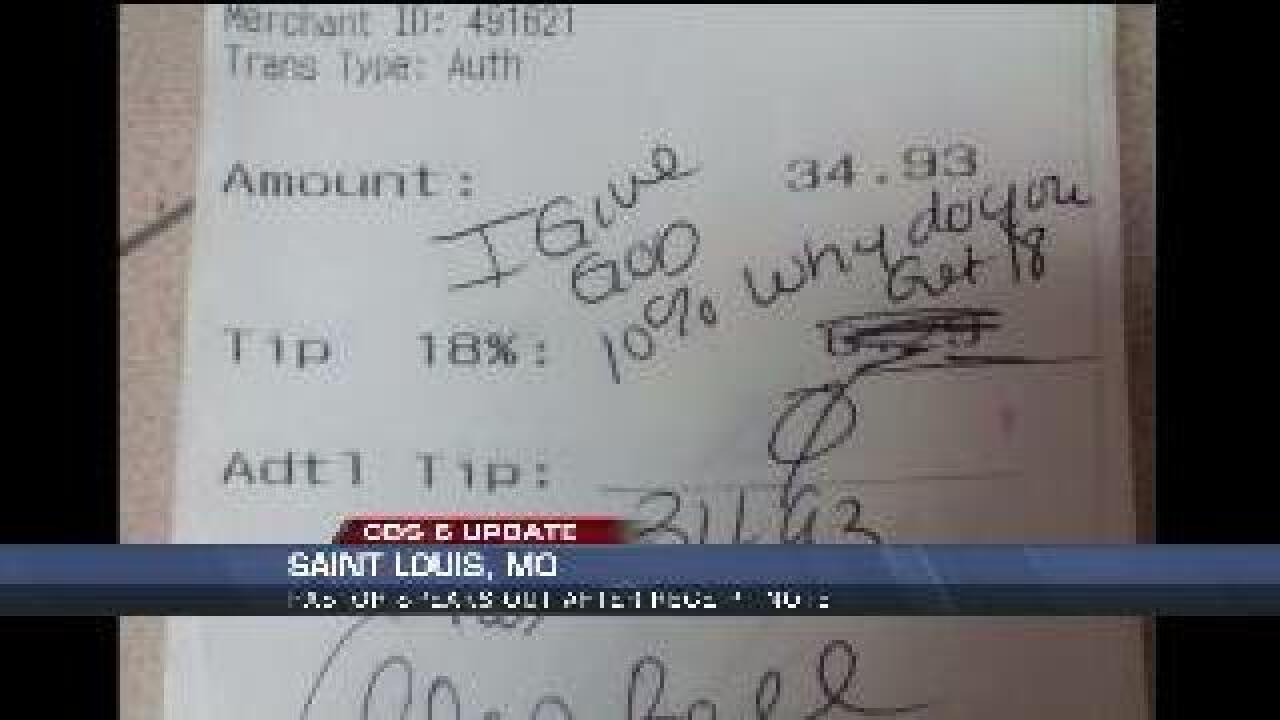 (WTVR) – The Applebee’s waitress who posted a no-tip receipt on the internet was fired from her job.

The situation started when a customer at an Applebee’s in St. Louis not only left no tip on the bill, but also wrote a snarky comment.

“So I’m looking at my bill and it was like 18 percent gratuity, and I was like, ah man, it’s just, I just said it out my mouth, ‘I give God ten percent, why should I give you 18?'” Pastor Alois Bell said.

The restaurant automatically added some gratuity to the bill, the pastor wrote Ø for an additional tip.

The customer complained about the post -- and Applebee’s fired Welch.

"I took a picture of the note because I thought it was comically immature," Welch said. "I thought it was humorously, just silly. The fact that someone would not only refuse to tip, not only make themselves out to be a jerk, but also play the religion card as an excuse?"

Bell admits writing the note was a mistake and is upset someone lost their job.

"I told the man, I was like, Hey I didn't want this to happen, I just wanted you to know that this may be happening at your store," she said. "It was dumb of me and I can say that 'cause I take responsibilities for all my actions."