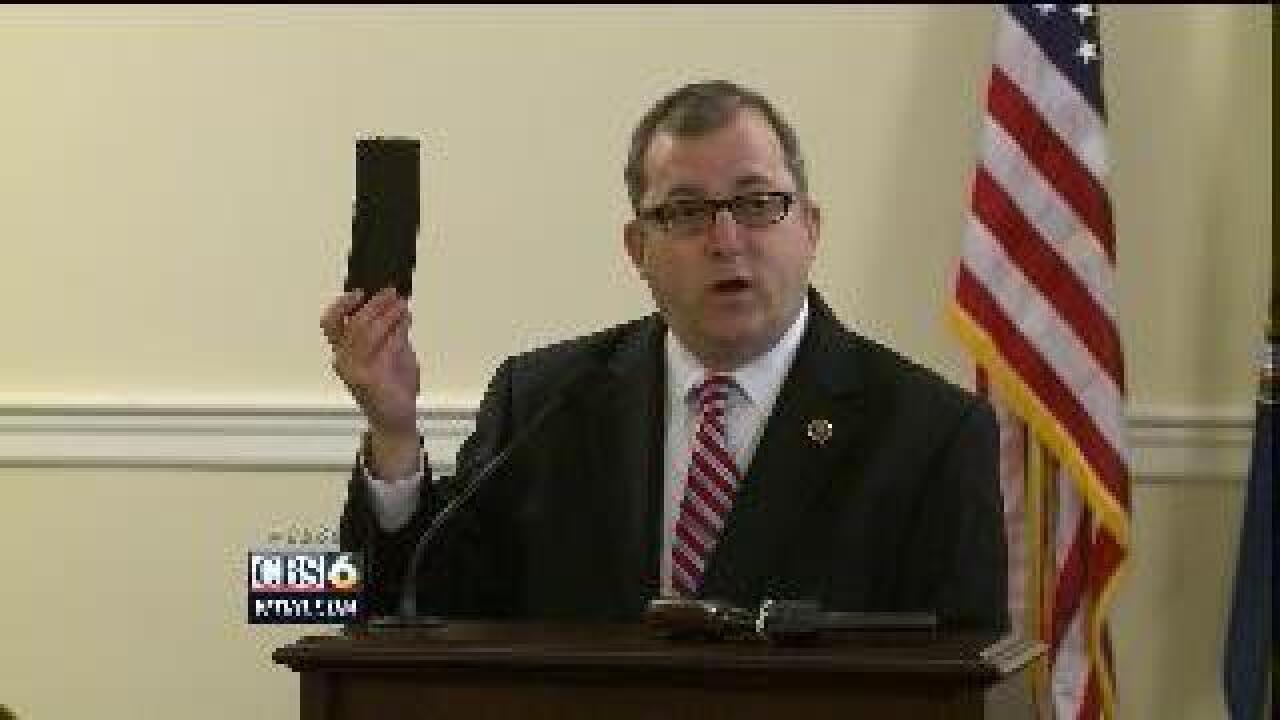 RICHMOND, Va (WTVR) -- The gun-control debate is already underway inside Virginia's General Assembly, less than a week after this year's legislative session began.  Some lawmakers are looking for more restrictions when it comes to buying firearms, while other lawmakers are not yet sold on the idea for tougher regulations.

During a press conference Tuesday morning, Delegate Patrick Hope (D - Arlington) presented a high-powered revolver he said he bought for $175 at a Virginia gun show this year.  Hope said he was only asked to show his driver's license in order to buy the firearm.

Hope along with Senator Adam Ebbin (D - Alexandria) are working to close the so-called gun show loophole. The two Democrats have introduced legislation that would require background checks for every gun purchased at a gun show. Hope said 40 percent of gun sales are conducted by private dealers that are not required to conduct background checks. [Track the bills here HB2025 and SB1232]

The lawmakers contend they are not trying to take guns away from hunters, but are looking to limit the accessibility of guns to criminals.

Another bill discussed Tuesday centered around a person's mental health status, regarding a mental health loophole. [Track the bills here SB 1109, HB 2221] Hope and Ebbin believe in the wake of recent tragedies many Virginians are looking for better gun control.

"Delegate Hope and I went to the gun-show where I bought this 30-round magazine for just $20, and this was as easy to buy as buying a candy bar and that is wrong," Senator Ebbin exclaimed.  "This was similar to the magazine that was used to kill 26 innocent people in Newtown, Connecticut and it can't be like buying candy anymore."

However Delegate Ben  Cline (R - Amherst) -- who successfully passed a bill last year that stops a person applying for a concealed handgun permit to be forced to submit fingerprints with the initial application - said before anything happens, there must be more discussion surrounding the proposed gun laws.

"We have had debates on gun-show loopholes as the proponents of those legislative initiatives call them," Del. Cline said.  "We will probably have those debates again, but we also need to have the debates on school safety and what we can do to keep our kids safe."

Hope and Ebbin said they want a universal background check system implemented.  As part of the proposed penalties, a dealer who does not conduct a background check could face a $2,500 fine and a year behind bars for each offense.