HOLMBERG: Skies filled with contrails – or chemtrails- sprayed by the government? 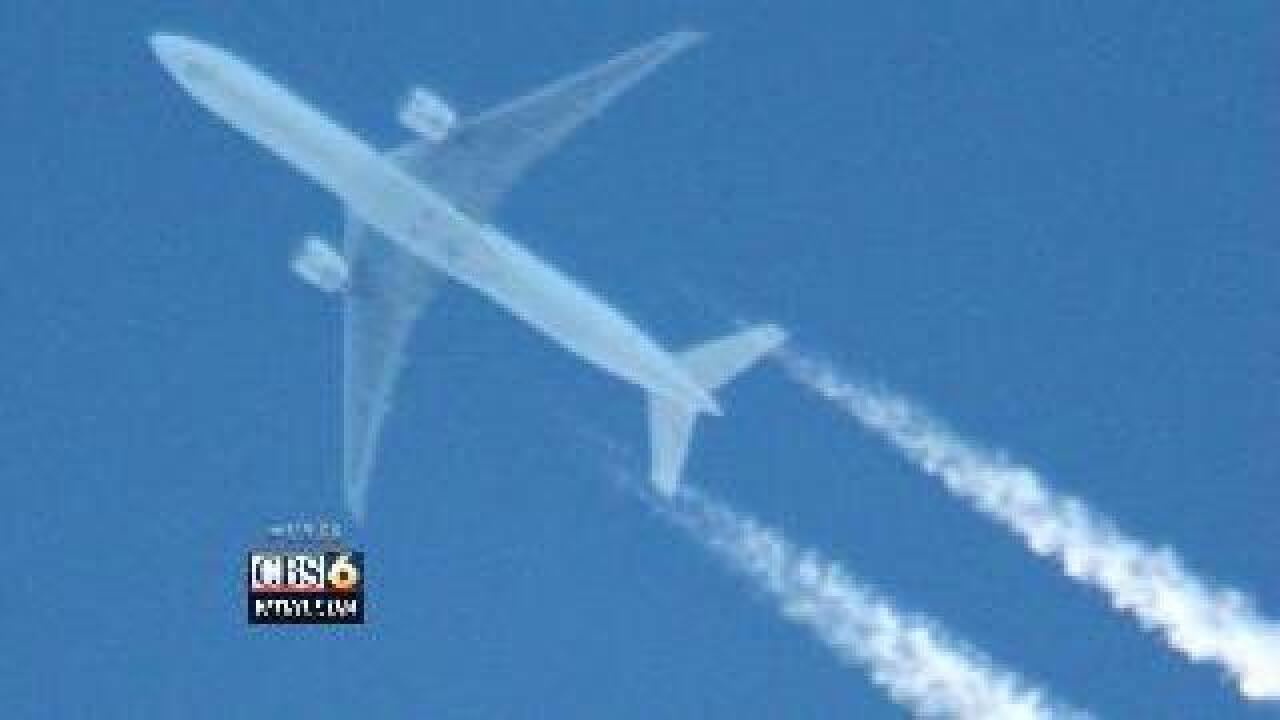 RICHMOND, Va. (WTVR) - Those frozen lines across the skies that can enhance a sunset – are they man made contrails from jets, or “chemtrails” deliberately sprayed into the sky by the government and the military?

“The chemtrail activity here in Richmond, Virginia has been extremely, heavy over the last couple of months,” said radio personality and podcaster Sean Anthony, now based in Richmond. The chemtrail phenomenon is one of his hot topics. (http://flowofwisdom.com/)

“You can see the zigzags going criss-cross in our skies, which probably cause a lot of questions for most people. It’s not normal.”

So who is behind it?

“That’s a good question,” Anthony said. “According to the research I’ve done, the government and the military have the hand in it. And who else? I’m not sure. The technical term is called geo-engineering . . . weather modification. You know, altering the clouds . . . building up storms or even dissipating storms. And with all the chemicals and harmful effects, which weakens the immune system, it could be an agenda leading to depopulation.”

Another chemtrail theory points to chemical or biological warfare. Many blames chemtrails for strange sicknesses around the world.

Perhaps no other conspiracy, including 9/11, Bigfoot and Area 51, has been as thoroughly debunked as chemtrails, everyone from cloud scientists to the Air Force say they are simply contrails – frozen water vapor left buy airplanes when the hot, humid air blasting out their engines condenses.

Anthony says no way. “Now, chemtrails, they linger around. That’s when you see the Xs and Os, tic-tac-toes in our skies, you know, filled with all types of chemicals, according to tests that have been done, such as aluminum, barium sulphur, sulphates and so on.”

Scientists say the reasons some contrails linger longer and differently than others are based on simple atmospherics – temperature, humidity and high altitude winds. If the atmosphere is already saturated – heavy with water, the contrail can last a long time – even hours. If it’s dry up there, the contrail will disappear immediately.

In between, the contrail can fatten up and look like a regular cirrus clouds.

Adding fuel to the contrail conspiracy is the military and university of Alaska’s High Frequency Active Auroral Research Program (HAARP) that explores the ionosphere for better communications and surveillance. Anthony says some of HAARP’s documented experiments clearly fit in with the kind of atmospheric manipulations credited to chemtrails.

The conspiracy, like some contrails, linger and continue to spread. A wide range of people around the world believe in chemtrails, making the theory  very difficult to dissipate.

Anthony blames a compliant and lazy mainstream media that refuses to listen to scientific evidence and the accounts from those who have actually witnessed the deliberate sky spraying.

“I’ve interviewed certain guests on my show that have flown in those airplanes and actually seen them mixing the chemicals up,” Anthony said.

As a journalist, I’ve found nothing leaks information faster than the government. A conspiracy this large would take way too many lips being zipped.

That’s my take, please leave yours here on WTVR.com.