Son of Richmond CEO is missing 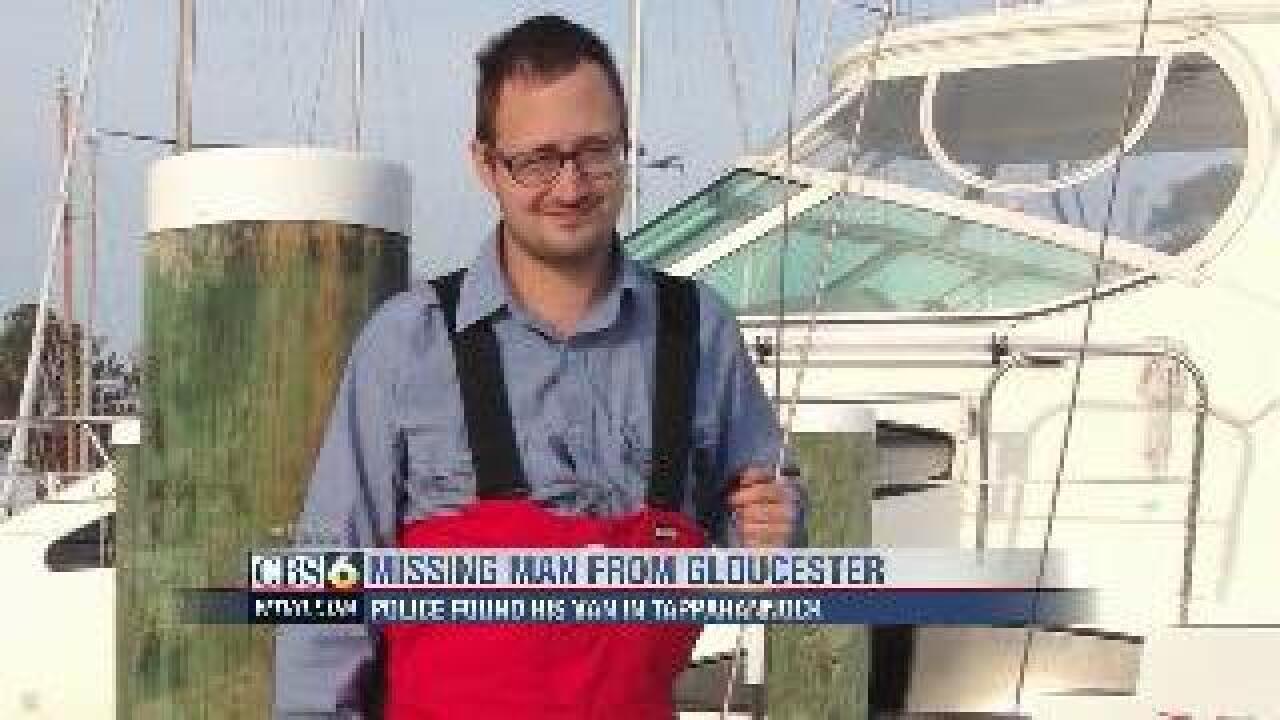 RICHMOND, Va. (WTVR) -- A Gloucester man, Ben Coffey, disappeared sometime around New Year’s Eve, and his father, who lives in Richmond, is worried about where his son might be.

Terry Coffey reached out to CBS 6 after Richmond Police came to his door Thursday to tell them his son’s van was found on the side of the road in Tappahannock, Va.

Ben Coffey was last heard from on New Year’s Eve around six o’clock at night.  Tappahannock Police spotted his van on New Year’s Day, but thought someone had left it there temporarily since it showed no signs of damage.

“You don’t leave your van on the side of the road, basically in a ditch, and disappear,” says Terry Coffey.

After another search of the vehicle later on in day on January 1st, officers discovered there was a dog alive inside the vehicle with food and water.

When they returned to check on the dog again on January 3rd, they took the dog to an animal shelter in the area.

Coffey’s father says Ben would not leave his dog alone for any reason because he is so attached to his pet.

After running the registration on the van, Richmond Police came to Terry Coffey’s home, and the family then filed a missing persons report.

Tappahannock Police investigators say they then called in State Police Helicopters and police dogs to search the area near where Ben Coffey’s van was found.

“A blood hound traced his scent to a swamp, and they lost the scent,” says Terry Coffey.

“To put it bluntly, to know whether he’s alive or not [is difficult],” says Terry Coffey.  “Because this kind of situation you’re always searching and thinking and looking.”

Terry says his son is a nice man, but is very quiet.  Ben has been living in the Gloucester area for some time, and even has two sail boats that he docks near there.

On Friday, Terry and his son-in-law went down to where Ben docks his boat to check if they were still docked there.  They found both boats.

“Just to not know is a difficult feeling,” says Terry Coffey, CEO for Virginia Urology.

Tappahannock Police say it is believed that Ben Coffey is not suicidal and poses no danger to others.

If you have seen or heard from Ben Coffey recently, Tappahannock Police ask that you give them a call at 804-443-3992.  The Essex County Sheriff’s Department is also assisting in the investigation.  Their number is 804-443-3346.