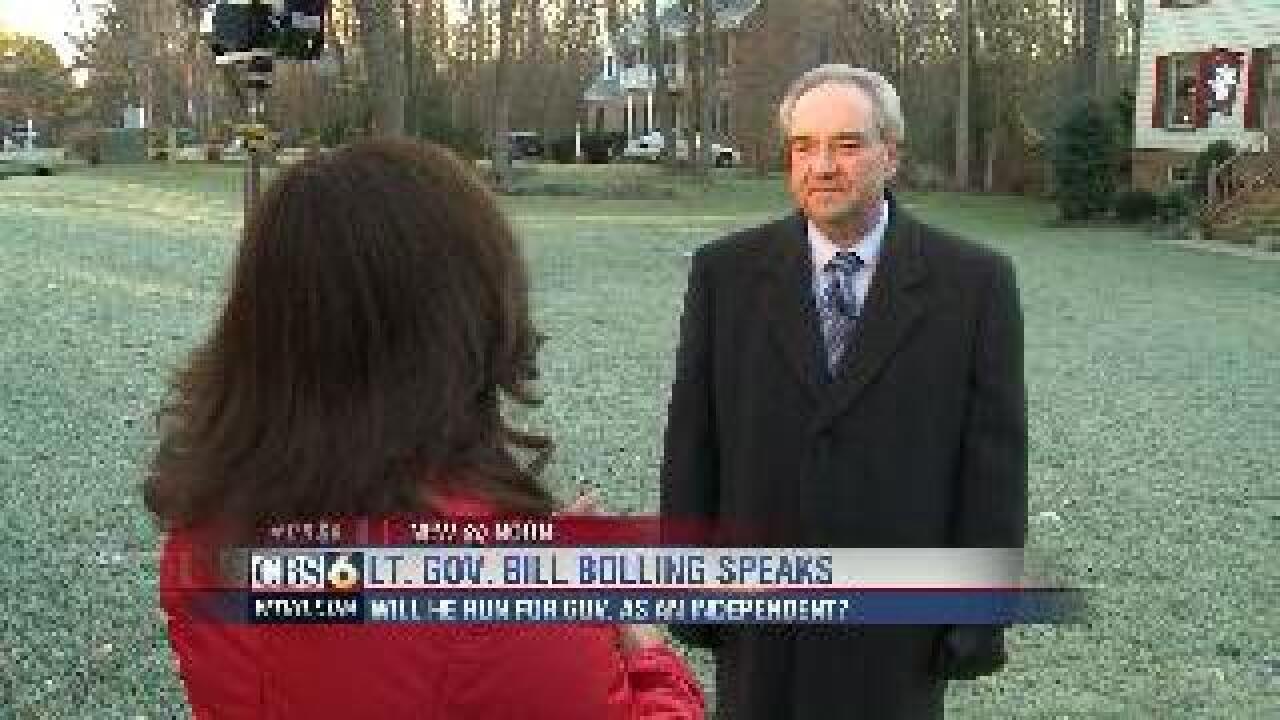 RICHMOND, Va (WTVR) -- The gubernatorial race could go from two candidates to three.  Lt. Governor Bill Bolling told CBS 6 News he is climbing an uphill battle to possibly run against his own party.

In November, Bolling stepped aside in his bid to gain the Republican Party nomination for governor.  But now he may be stepping up his efforts to once again join the race - this time as an independent.

"I have been tremendously encouraged," Bolling said.

He said his decision not to run as a Republican was made after the state GOP decided a convention and not a primary would determine who the candidate would be.

The decision by the GOP led Bolling to go in a different route.  A direction CBS 6 political analyst Dr. Bob Holsworth believes was closely mapped out.

"It's certain that Bill Bolling is continuing to think about this because he thinks given the public mood and the toxicity of politics in general and given the fact the public thinks the parties are controlled by the extremes; he thinks it might be time for an independent," Holsworth said.  "We'll have to see if he can make this uphill climb."

Bolling said for the next 60 days his attention will be on the General Assembly session, but he plans to make a decision on whether or not he will enter the gubernatorial race by mid-March.