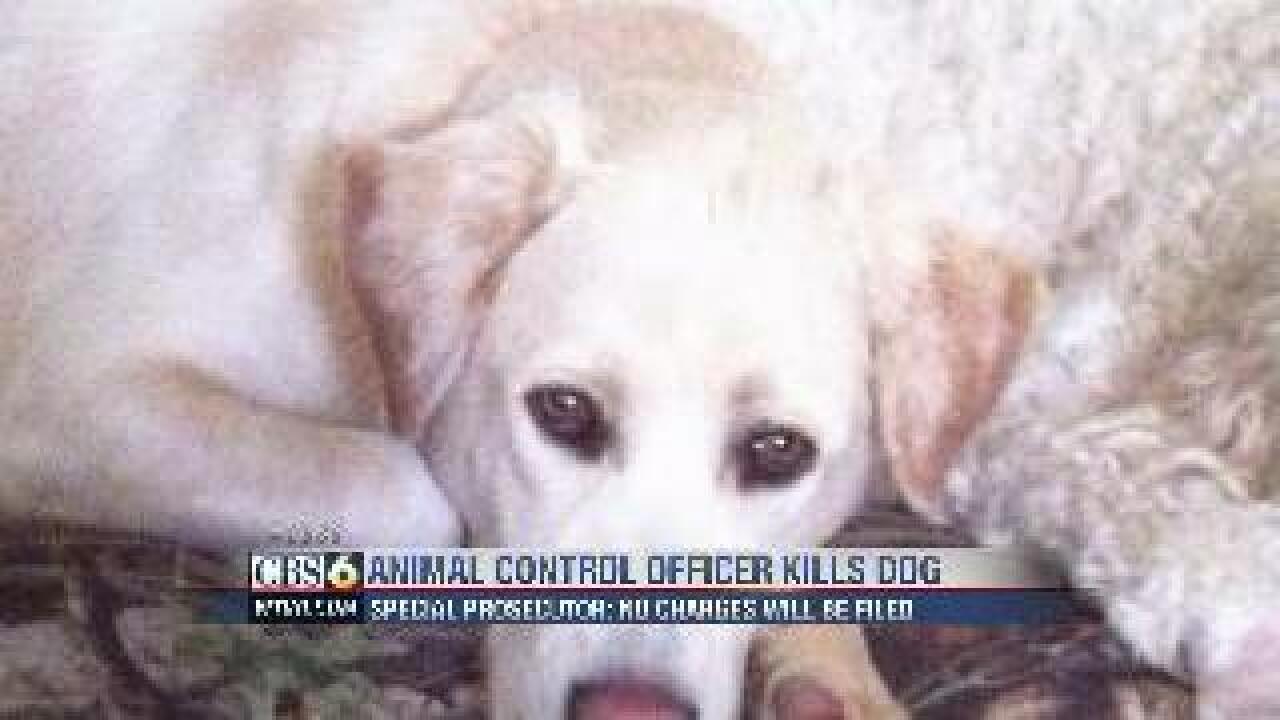 CHARLES CITY COUNTY, Va. (WTVR) -- A special prosecutor has decided not to pursue charges against an animal control officer who shot a family's dog in Charles City County.

The news comes after state police completed their investigation, at the request of the Charles City County Sheriff's Office, into the actions of Frank Bates, the animal control officer who shot an 18-month-old lab named Axel in the face.

Molnar said in a news release that Bates was called to the 14000 block of Glebe Lane on Nov. 1 after a woman called and said her 17 year-old son had been chased by the dog after getting off the bus.

That's when Molnar said the dog "came at the officer in an aggressive manner" and that Bates, in order to protect himself, shot the dog once.

The animal died at the scene.

After reviewing the findings, Molnar said the King William County Commonwealth's Attorney decided not to peruse charges against Bates.

Since the Axel's death, Charles City County residents have been outraged.

In fact, county leaders heard from residents during a November meeting who said they wanted Bates fired. But others who defended his actions.

Some residents accused Bates, who has worked in the county for more than 30 years, of being untrained, verbally abusive and violent to animals.

However, others denied such allegations and said Bates is courteous, professional and always on time.

The dog's owner, Sharon McGeein tells CBS 6 she is disappointed by the outcome of the investigation, and plans to sue Bates and the county in civil court.

"He took away our 4th amendment right for killing our dog...He also violated Virginia state law which says if you kill a companion animal, it's actually a felony...unless it actively attacks something or someone," McGeein said.

She says Axel, was supposed to be trained as a therapy dog, and that labs don't attack people.