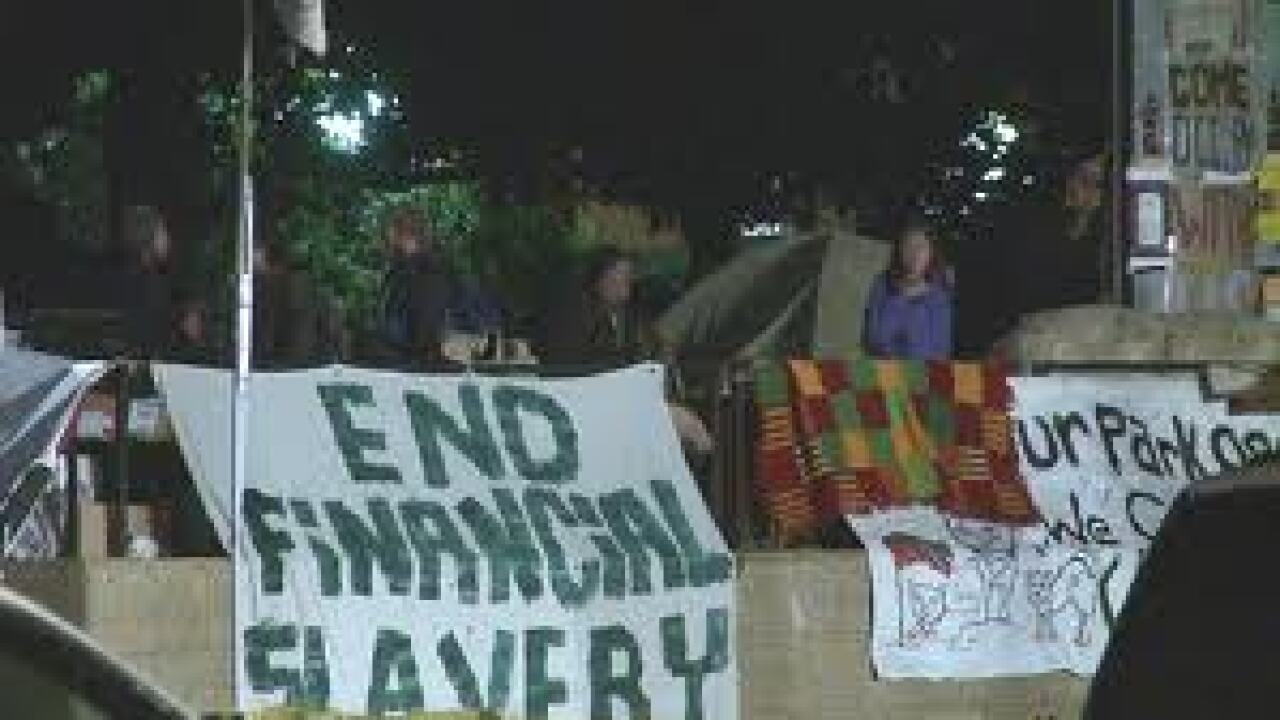 The heavily redacted documents indicate that FBI counterterrorism agents were in close communication with law enforcement agencies, businesses, universities and other organizations across the country about the Occupy Wall Street movement, even before Occupy Wall Street set up a camp in New York’s Zuccotti Park in September 2011.

The documents, released under a Freedom of Information Act request, contain references to an October 2011 FBI domestic terrorism briefing in Jacksonville, Florida, regarding the spread of the Occupy Wall Street movement and “the emergence of Occupy chapters in and around the North Florida area.” FBI officials also recommended setting up tripwires with Occupy event organizers.

The FBI was concerned that the Occupy venues could provide “an outlet for a lone offender exploiting the movement for reasons associated with general government dissatisfaction,” according to the documents

At a Joint Terrorism Task Force meeting in November 2011, FBI agents reported about Occupy Wall Street activities in Anchorage, Alaska, according to the documents.

The documents also described instances from California, Colorado Mississippi, Virginia, and other states involving cooperation between the FBI and other agencies.

FBI counterterrorism agents are traditionally tasked with investigating and curtailing both domestic and foreign terrorism threats.

The agency prepared surveillance and precautionary measures despite acknowledging that Occupy Wall Street organizers “did not condone the use of violence during their events” and, and that the organizers had called for peaceful protest, according to the documents.

The Partnership for Civil Justice Fund, which describes itself on its website as a Washington-based organization “dedicated to the defense of human and civil rights secured by law, the protection of free speech and dissent, and the elimination of prejudice and discrimination,” obtained the documents through the Freedom of Information Act.

“This production, which we believe is just the tip of the iceberg, is a window into the nationwide scope of the FBI’s surveillance, monitoring, and reporting on peaceful protestors organizing with the Occupy movement,” stated Mara Verheyden-Hilliard, executive director of the organization.

“These documents show that the FBI and the Department of Homeland Security are treating protests against the corporate and banking structure of America as potential criminal and terrorist activity.”

The FBI, responding to the release of the documents regarding Occupy, said it recognizes the rights of individuals and groups to engage in constitutionally protected activity but must take precautions to deal with any potential threats of violence.

“While the F.B.I. is obligated to thoroughly investigate any serious allegations involving threats of violence, we do not open investigations based solely on First Amendment activity,” FBI spokesman Paul Bresson said in a statement to CNN. “In fact, the Department of Justice and the F.B.I.’s own internal guidelines on domestic operations strictly forbid that.”

The Partnership for Civil Justice Fund said it believes the FBI is withholding more information regarding its surveillance of the Occupy movement, and will be filing an appeal demanding full disclosure of its operations, according to Verheyden-Hilliard.