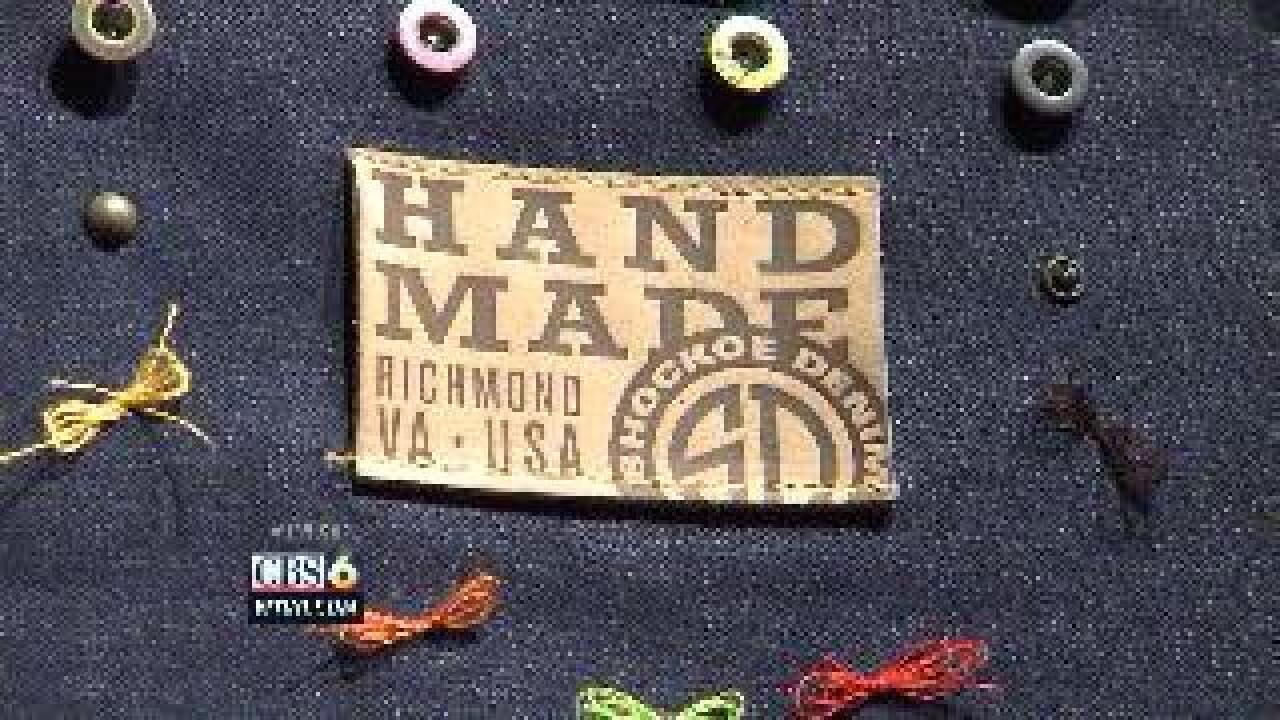 RICHMOND, Va (WTVR)-  Anthony Lupesco’s dream is to hand-make you a pair of jeans that not only fit you, but become you as time goes on.

“You can’t get any two pairs that will be the same,” he says. “All the markings you get on it are really done by your body, especially if you start out with raw denim.”

And he starts with the rawest, best stuff.

You want a handmade pair of jeans using old-school denim from North Carolina that will last forever and improve with age, like whiskey? That’ll be 185 bucks, at least.

How about a custom-made pair specifically tailored to your body and your heart’s desire? That’s more like $400, at least for the first pair.

He opened  two months ago. Helping Anthony is his mother and his father, Pierre, a Frenchman who manufactured high-end men’s wear in Italy.

That’s fitting because denim originated in the town of Nime, France (hence de-Nime), and blue jeans were first made in Italy.

But really, American jeans are the standard around the world. Anthony wants Richmond, and his shop, to be a part of that.

“It’s so new,” Pierre Lupesco says, explaining why he’s enjoying working with raw denim.  “Because the fabric is moving. It’s changing. It’s like you work with something that’s alive instead of being dead.”

Anthony has three seamstresses and Jordan Waldrop from Poe’s Pub , along with a part-time riveter.

One young customer said she’s never had a pair of jeans fit like the ones she tried on Wednesday.

“I’ve been surprised at the amount of custom that we’ve done,” Anthony said. “It’s been going really well. That’s one of the things I love about  Richmond, Richmonders love Richmond and support anything new in the city and they’ve definitely come out and supported us.”