Governor hopes to give Virginia teachers a pay raise 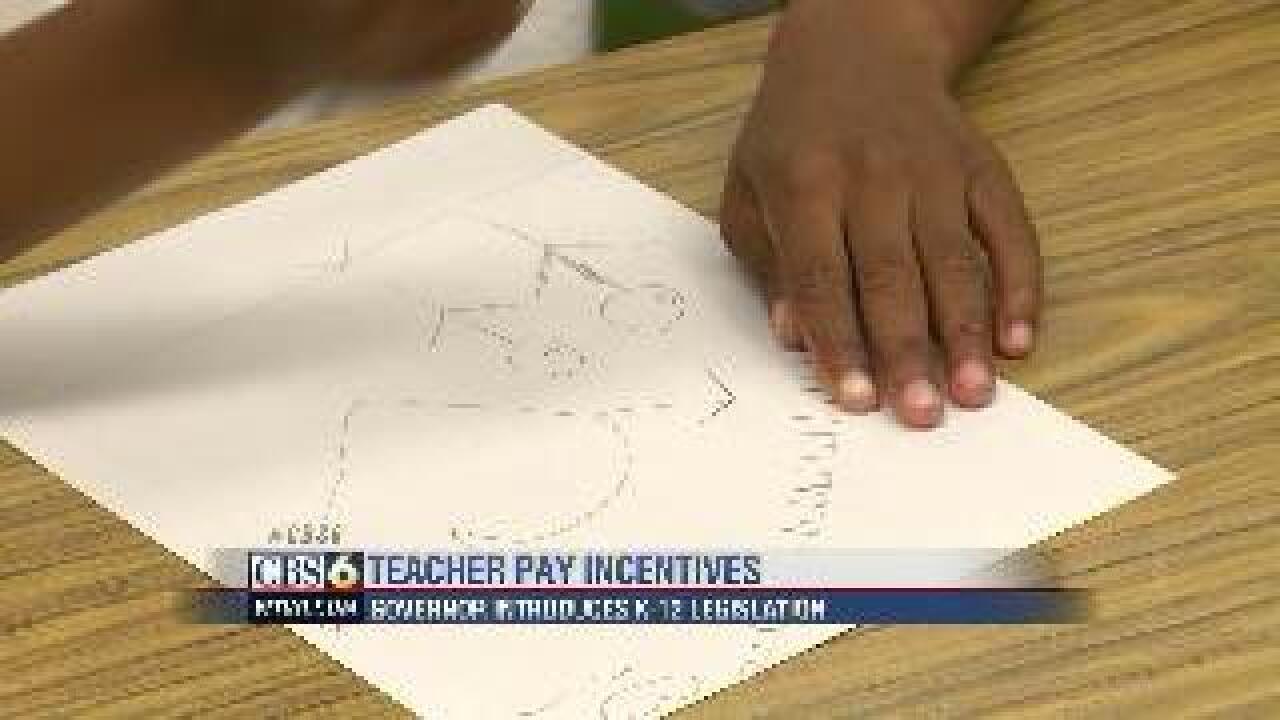 RICHMOND (WTVR) - The start of the  2013 Virginia General Assembly session is just a few weeks away, and politicians are beginning to introduce legislation that will impact everything from the roads you drive on to the schools your children attend.

Governor Bob McDonnell announced the first part of his K through 12 legislation on Thursday. It entailed a list of incentives designed to retain good teachers in Virginia.

Under the legislation teachers would get their first pay raise in five years, totaling two percent.  The raise would cost taxpayers $58.7 million during the 2014 fiscal year.

The pay raise is contingent upon the passage of the Education Fairness Act as well as matching contributions from local school districts.

"We ought to be a leader in making our schools better on the world stage," Governor Bob McDonnell told supporters at a press conference.

The Education Fairness Act calls for more severe consequences of teachers failing performance evaluations. Teachers would be eligible to be fired under the proposal after one poor evaluation.

It will also allow for $808,000 in incentive money to recruit and retrain middle and high school teachers in sciences and math - also known as STEM-H subjects.

For new teachers, after the first year in the classroom is completed they would be eligible for a $5,000 bonus if their performance is deemed satisfactory and they decide to renew their contract.

Each year after teachers will be eligible for an additional $1,000 bonus based on performance.

The proposal is being praised by many, including some Democrats.

However some are concerned that the mandate that forces localities to increase the amount they contribute as well is too burdensome.

Campbell said he is pleased localities can "opt" out of the teacher raises if they feel it is necessary.

Governor Bob McDonnell is expected to announce more of his education agenda in the weeks to come.