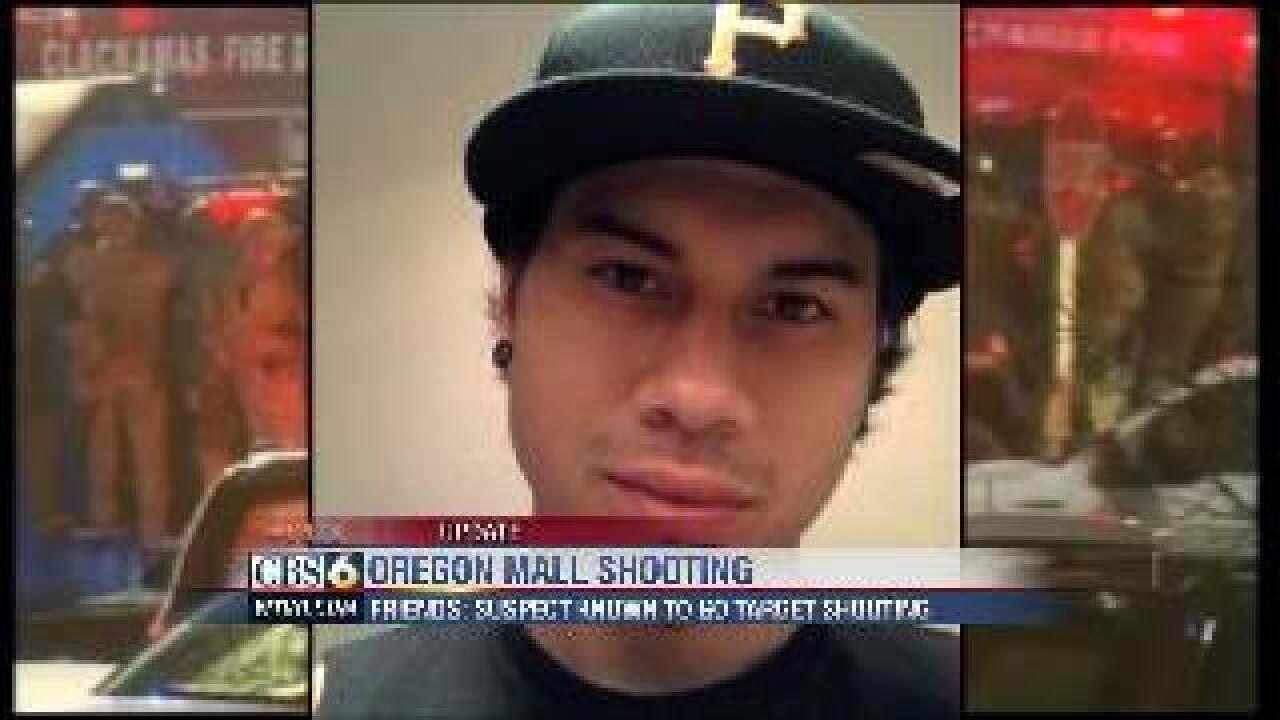 On Friday, it will be a shopping mall, once again.

Yet the Oregon shopping center's scheduled 9 a.m. reopening -- announced on its Facebook page -- does not close the books on the many questions tied to Tuesday's fatal shooting.

Investigators have identified Jacob Tyler Roberts, 22, as the man responsible for the bloodshed and panic at the mall, located in the community of Happy Valley, about 10 miles southeast of Portland.

Wearing a load-bearing vest and hockey mask, Roberts used a semi-automatic rifle to shoot three people on the mall's second floor, killing two of them, according to authorities. He then ran down a corridor and back hallway that led downstairs.

It was there, police say, that Roberts took his own life.

The one shooting victim who didn't die of her injuries, Kristina Shevchenko, remained in Oregon Health & Science University Hospital on Thursday. The 15-year-old suffered a collapsed right lung and injuries to her liver after being shot in the chest, Dr. Laszlo Kiraly told reporters Wednesday.

She was in serious condition Thursday, as she had been the day before, said Todd Murphy, a spokesman for the Portland hospital.

No motive has been given to explain why Roberts did what he did.

On his Facebook page, Roberts describes himself as a "pretty funny person that takes sarcasm to the max." The central image is a "Follow Your Dreams" slogan painted on a wall and stamped "Cancelled" in red -- a work by famed street artist Banksy.

His Facebook page also  lists "shooting" as one of his 10 interests, along with camping, sleeping, rafting, BMX, sushi and spending money.

Staffers at Oregon City High School, where Roberts helped out in the school's counseling department before his graduation, are trying to come to grips with what happened.

"I found him to be a very polite young man, soft-spoken, nice smile," said Arnold Bunting, a counseling department staffer. "And I'm just really surprised that somebody with his personality would end up doing something like this."

The Oregon Department of Justice is offering "to help pay for at least 10 counseling sessions" for those rattled by Tuesday's shooting.

In its post announcing stores will reopen Friday, Clackamas Town Center stressed it won't forget all those affected by the violence -- from Yuille, Forsyth and Shevchenko to the scores of others who saw their holiday shopping devolve into chaos.

"Please continue to keep the victims, their families and the entire community in your prayers during this difficult time," the mall said.