Forget the Fiscal Cliff, what about the Dairy Cliff? Why you could soon pay $6 for milk 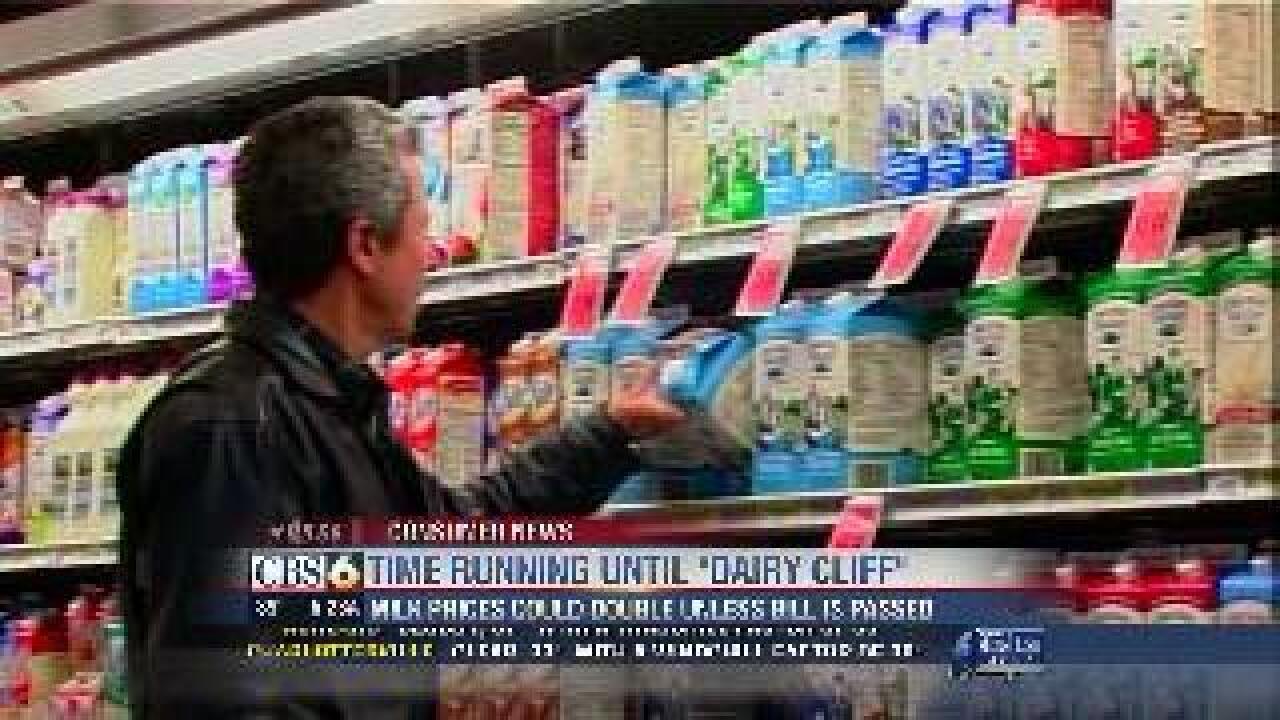 (WTVR) - Members of Congress aren't just fighting about the country's debt. They're also battling over a farm bill. The Senate has passed new farm legislation. But the House hasn't.

Sen. Chuck Schumer (D - New York) released a statement saying if a deal  isn't reached in the next two weeks, the U.S. would revert back to a 63-year-old dairy policy.

The government program compensates dairy producers when milk prices fluctuate and cow feed costs jump. Schumer said f the bill doesn't pass, it could immediately double the price of milk, to about $6 a gallon.