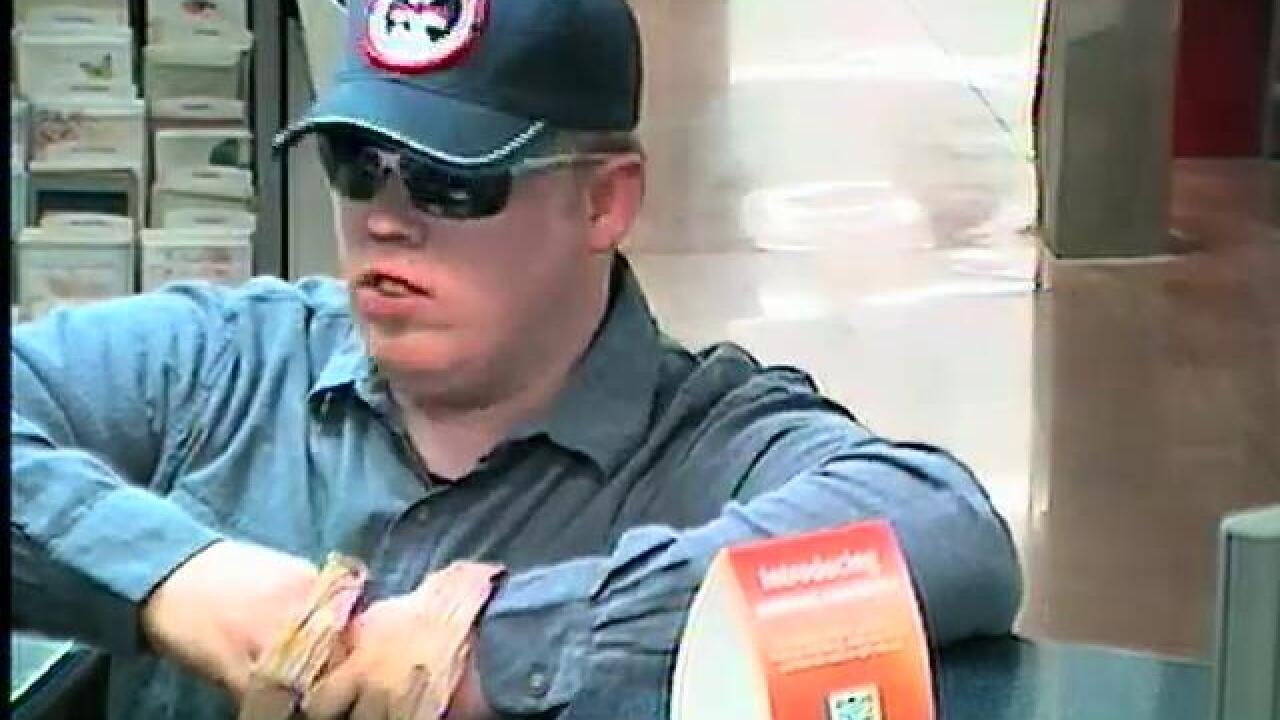 (CNN) — The FBI has released photos of a serial bank robber who has successfully robbed 13 banks across the country in hopes that the photos will lead to a tip from the public about his identity and whereabouts.

The string of robberies began in July in Wisconsin and included banks in Indiana, Illinois, Iowa, and Nebraska through early October. Only one robbery attempt, in Indiana, was unsuccessful, the FBI said.

The robber apparently left the Midwest and has resurfaced twice in California and twice in Virginia.

Authorities have dubbed him the “Ray-Bandit” because of the Ray-Ban-style glasses he has worn during some of the robberies. In addition to sunglasses and a cap, which often bears a Ford Shelby Cobra logo, the robber has worn fake beards, false teeth and dyed his hair different colors. He seems to cover his fingertips with rubber thimbles.

He also seems to gravitate to banks in supermarkets, the FBI said.

“He seems to have a preference for small banks in grocery stores,” FBI agent Mike Peasley of the Indianapolis field office told CNN. “In fact, he’s become so comfortable that he actually sometimes does grocery shopping before the robberies,” Peasley said. The well-disguised bandit usually hands a typewritten note to the teller demanding money.

The coast-to-coast nature of the targeted banks also makes the robber stand out. Such robberies are often confined to small areas, the FBI said

Peasley said that although the FBI doesn’t know where the suspect is now, the agency has a heavy presence in the Mechanicsville, Virginia, area where he last struck on December 5.

A reward of up to $5,000 is being offered for information leading to the arrest and conviction of the robber. Anyone with information is asked to call the nearest FBI office.