Controversial MLK Jr. inscription to be removed from memorial 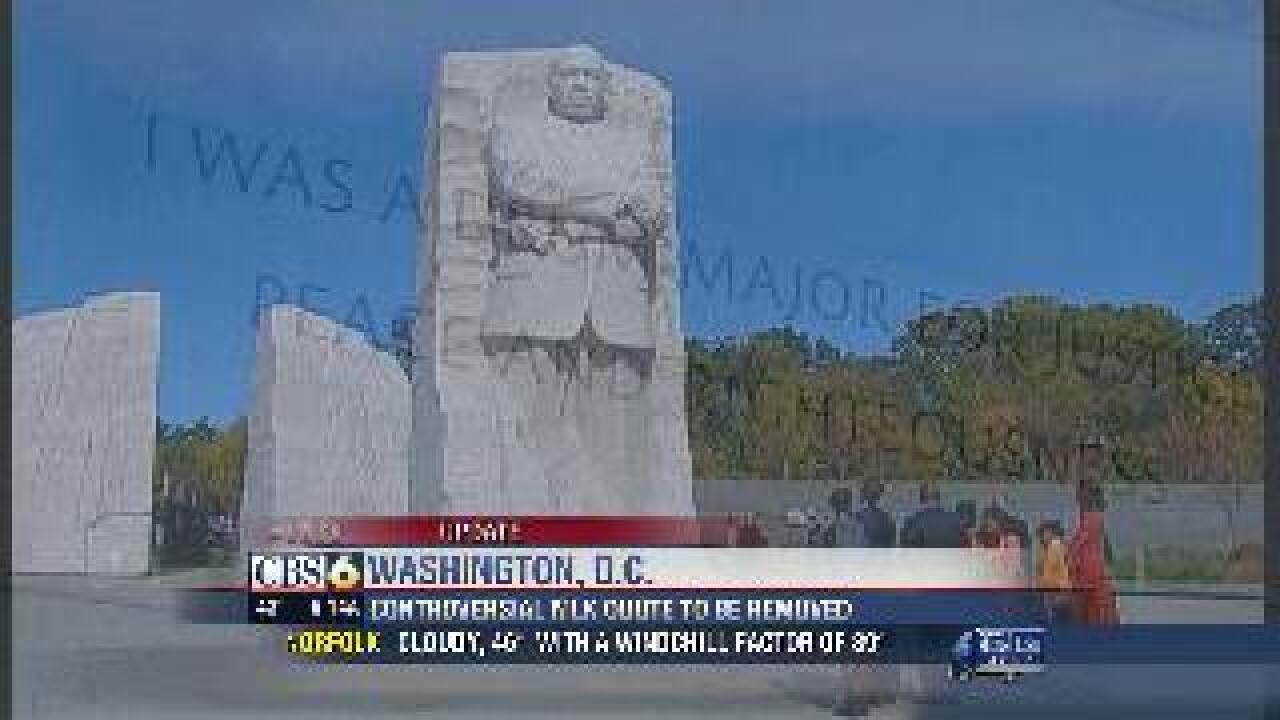 WASHINGTON, D.C. (WTVR) - A controversial inscription on the Martin Luther King Junior memorial on the National Mall will be removed rather than replaced, according to federal officials.

The abbreviated and paraphrased version of the line sparked controversy in 2011.

Acclaimed poet and author Maya Angelou said it made the Civil Rights leader appear to be arrogant.

The line reads: "I was a drum major for justice, peace and righteousness."  But the full quote begins with: "if you want to say that I was..."

The National Park Service says the original sculptor said removal -- not correction -- was the best way to ensure the memorial's structural integrity.