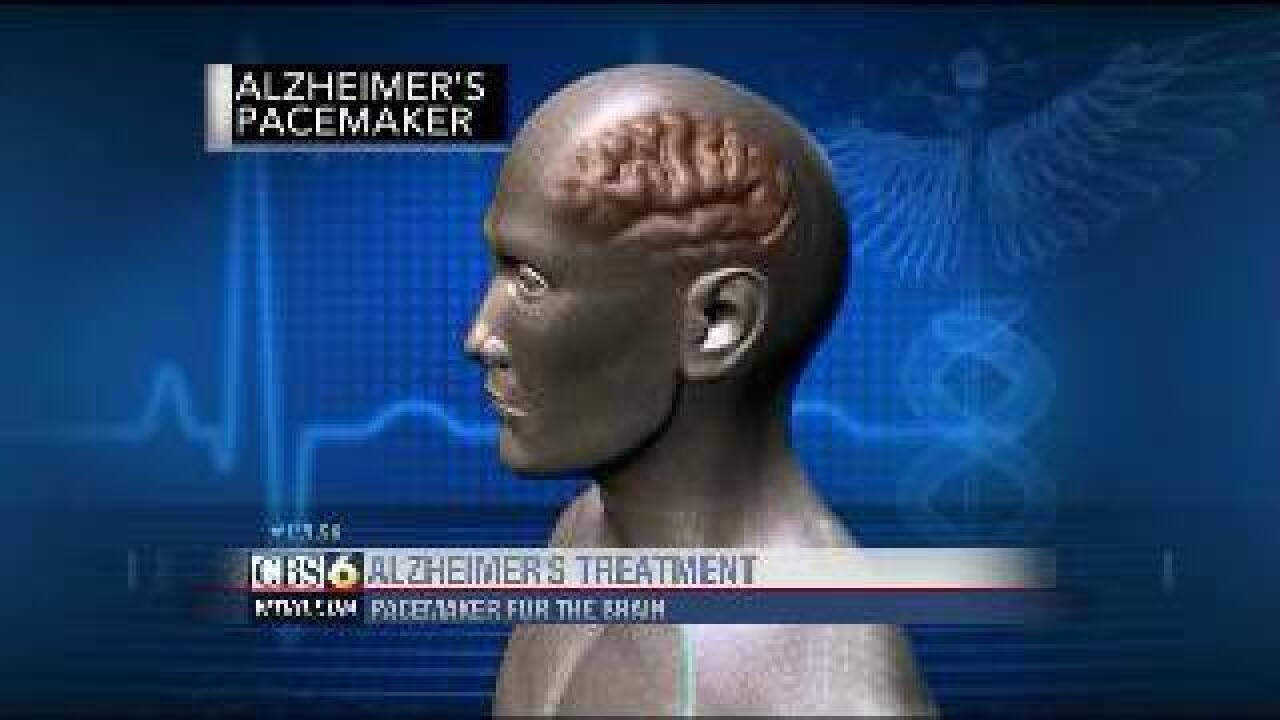 (WTVR) - John Hopkins Hospital is testing what may be a big breakthrough in treating Alzheimer's Disease. It is implanting pacemakers into patients and connecting them to stimulate the brain.

The hospital is the first place in the U.S. to perform this surgery for this purpose.

Alzheimer`s Disease robs victims of their memory and the ability to perform even the most basic tasks. Experimental medications have failed to cure or significantly slow the progress of the brain-damaging illness.

The pacemaker procedure has already shown improvements in patients in Canada, by slowing the progression of Alzheimer's Disease in people who are in the very earliest stages of illness.

The same procedure is used commonly to battle Parkinson's Disease.