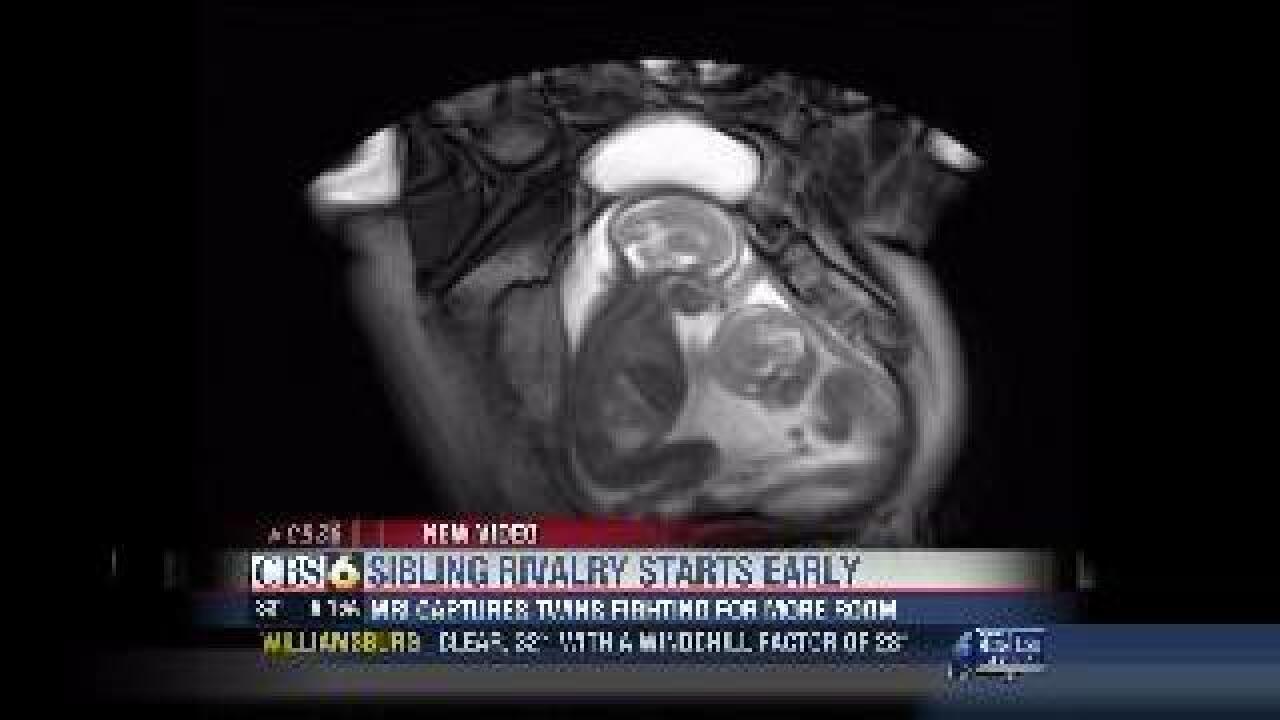 LONDON (WTVR) - Striking new MRI images show that for twins, sibling rivalry starts early--even before birth.  Researchers in London were trying to find out more about a rare blood disease that can complicate the pregnancies for women carrying twins, when they captured video of what appears to be two fetuses pushing each other as they try to make more room.

Researchers at London's Center for Fetal Care were studying a potentially deadly condition called twin-to-twin transfusion syndrome. It only occurs in identical twins, when the blood supply from one flows into the other. It can cause one twin to become much larger, leaving the smaller with health deficiencies.

The researchers say the study has provided unexpected insight into sibling relationships.