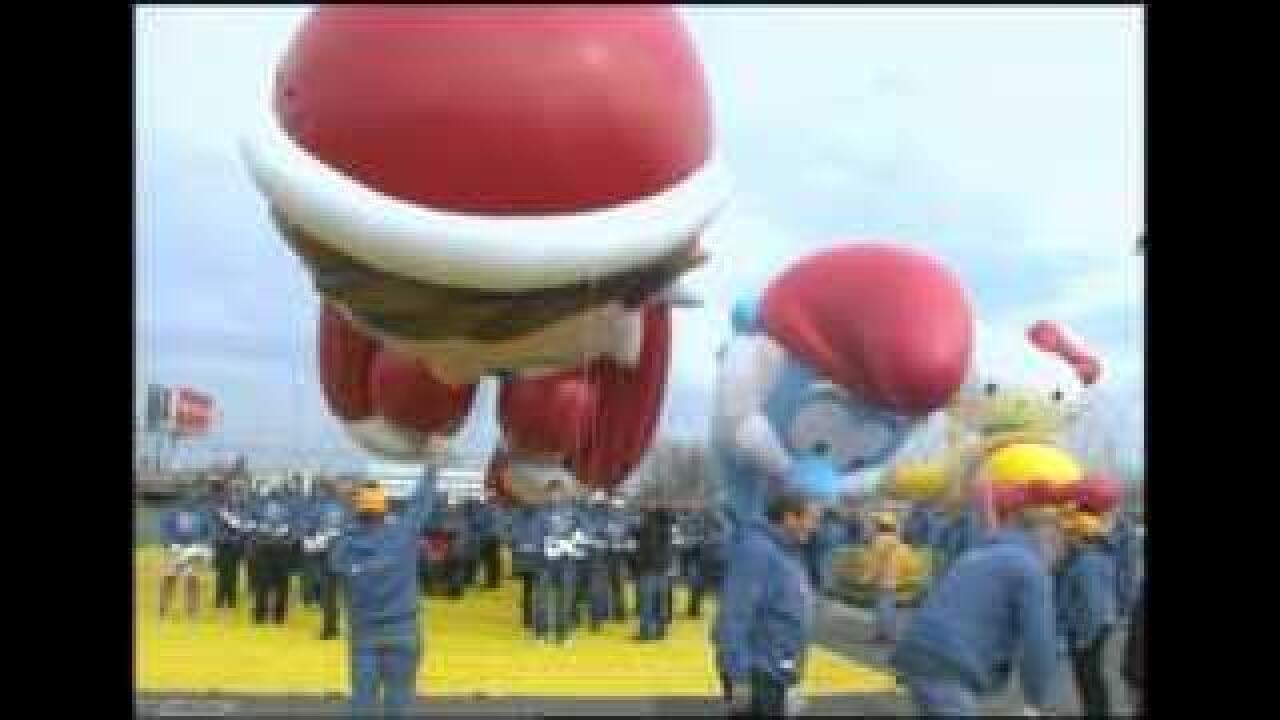 Last weekend, the new balloons for the annual Macy's Thanksgiving Day Parade were inflated and flown outside for a test run.

This will be the debut year for the Elf on the Shelf, Hello Kitty and Papa Smurf.

The balloons are in New Jersey right now, but will be in New York City in time for their big day.

They are expected to be floating alongside old favorites including Buzz Lightyear, Spider-Man and Kermit the Frog for more than two miles, on Thanksgiving morning.