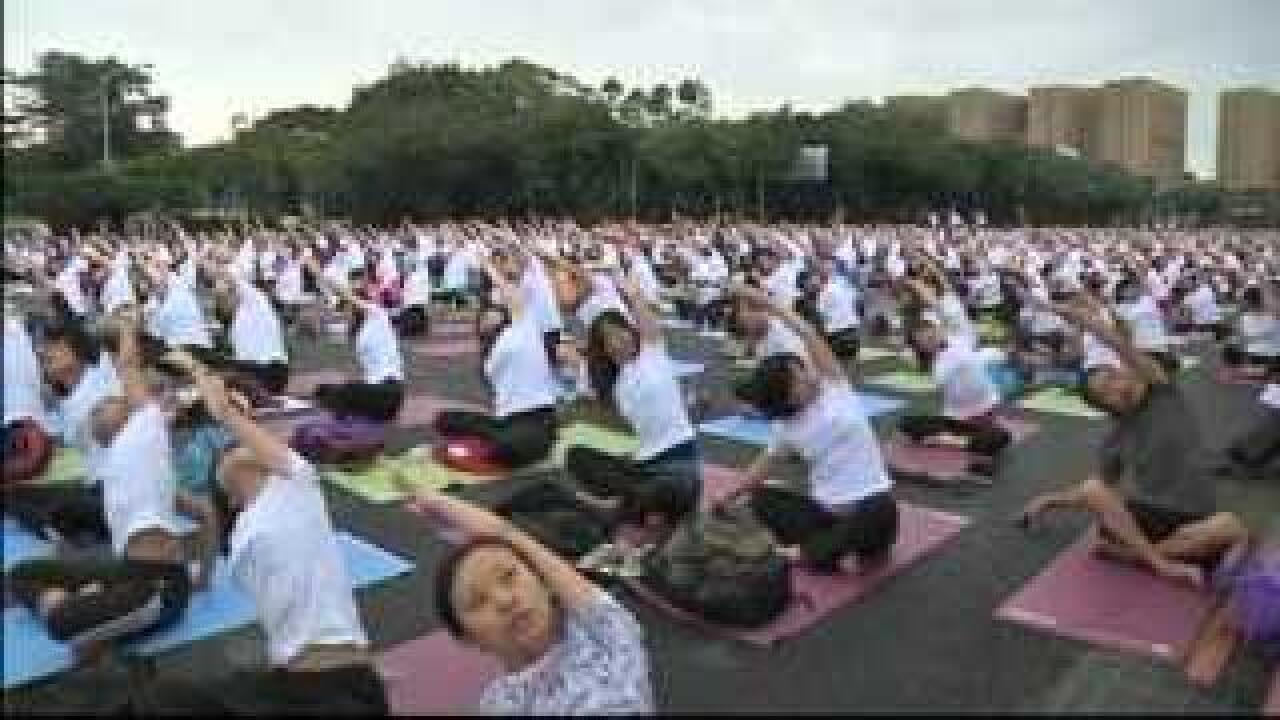 Thousands of Taiwanese gathered for a mass yoga session on Sunday, in front of Taiwan's Presidential Palace.

Organizers estimated about 7,400 people attended Sunday's event, which  attracted yoga lovers from around the country.

The hour-long session kicked off at 8 a.m. in the morning with a round of meditation.

Then the 7,000 strong group of yoga enthusiasts bent their bodies into positions such as the downward facing dog, cobra, and child's pose.

The participants, ranging from young adults to 80-year-olds, raved about the benefits of the ancient exercise.

"Yoga can help us to release stress from our body and soul. The flexibility of our bodies can increase slowly and you can become more agile," said 23-year-old Chen Jing-kai.

"My leg was broken, and I was getting fat while I was recovering. I wanted to lose weight. I saw a TV show teaching yoga, but at the time there wasn't anyone teaching in Yilan (county). When my teacher came, I started to learn and I'm becoming as skinny as before," said 81-year-old Jiang A-mei.

Pure Yoga, a Yoga training chain of the Pure Group and the event organizer, said it hoped to promote Yoga as a sport to elevate people's health and energy.

"The main reason for doing this event is to increase wellness of yoga and also to force kind of a healthier, better lifestyle. And I think the more people practice yoga, they will be healthier, they will be happier. And it's very good in Taipei we have very good turnout today," Grant said.

Held for the second year, Pure said it hoped the event could show that yoga does not have to be confined to indoor spaces.