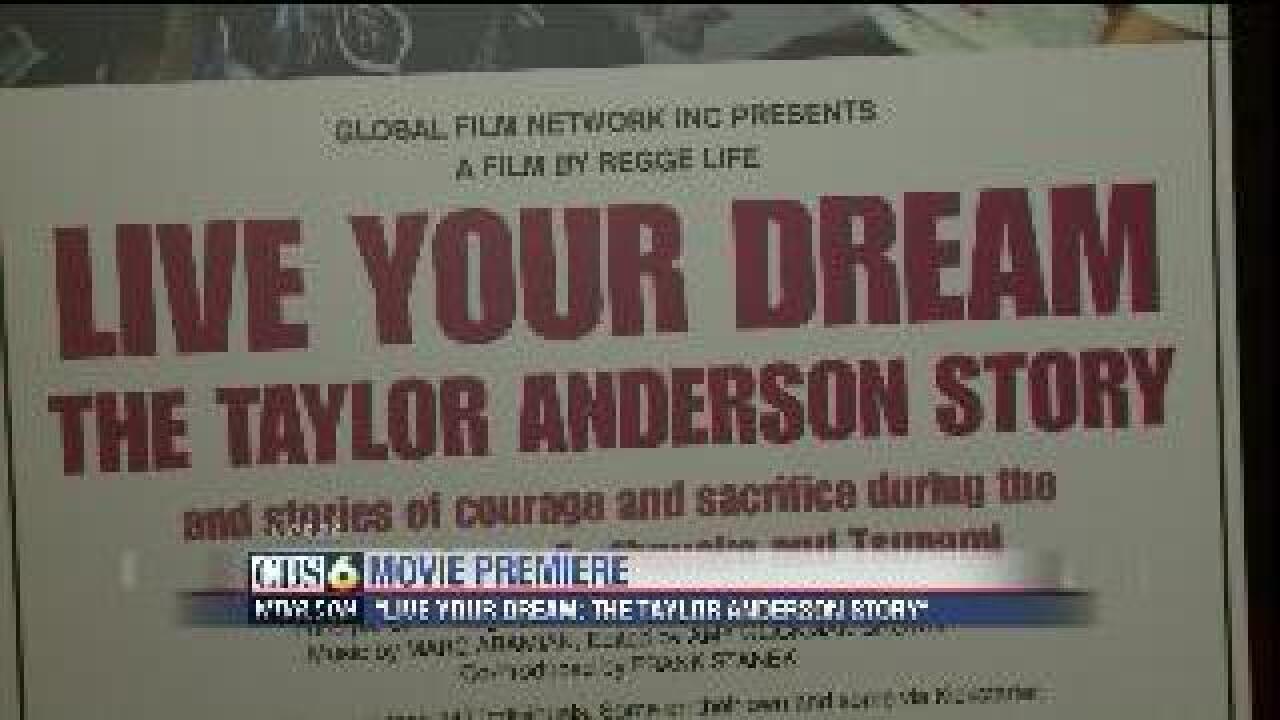 RICHMOND, Va. (WTVR) - The story of a Chesterfield-born teacher who became  the first American casualty of Japan earthquake and tsunami in 2011 is being told at Richmond's Centerstage.

The movie describes Taylor Anderson's passion for teaching and her dedication to making a difference in the world.

Taylor's parents told CBS 6 News that they learned so much about their daughter's three years in Japan through the movie. They are hopeful others will find comfort and inspiration, as well.

"We hope it will inspire people to live their dreams and to really understand what it is they want to do and pursue it and live it," Andy Anderson, Taylor's father said. "That is what Taylor was doing. It's just a wonderful way to live and if they can get that message, that would be the best thing we could have the movie do."

Taylor moved to Japan in 2008 to teach English.

She died in the March 11 tsunami after helping get her students to safety following a massive earthquake.