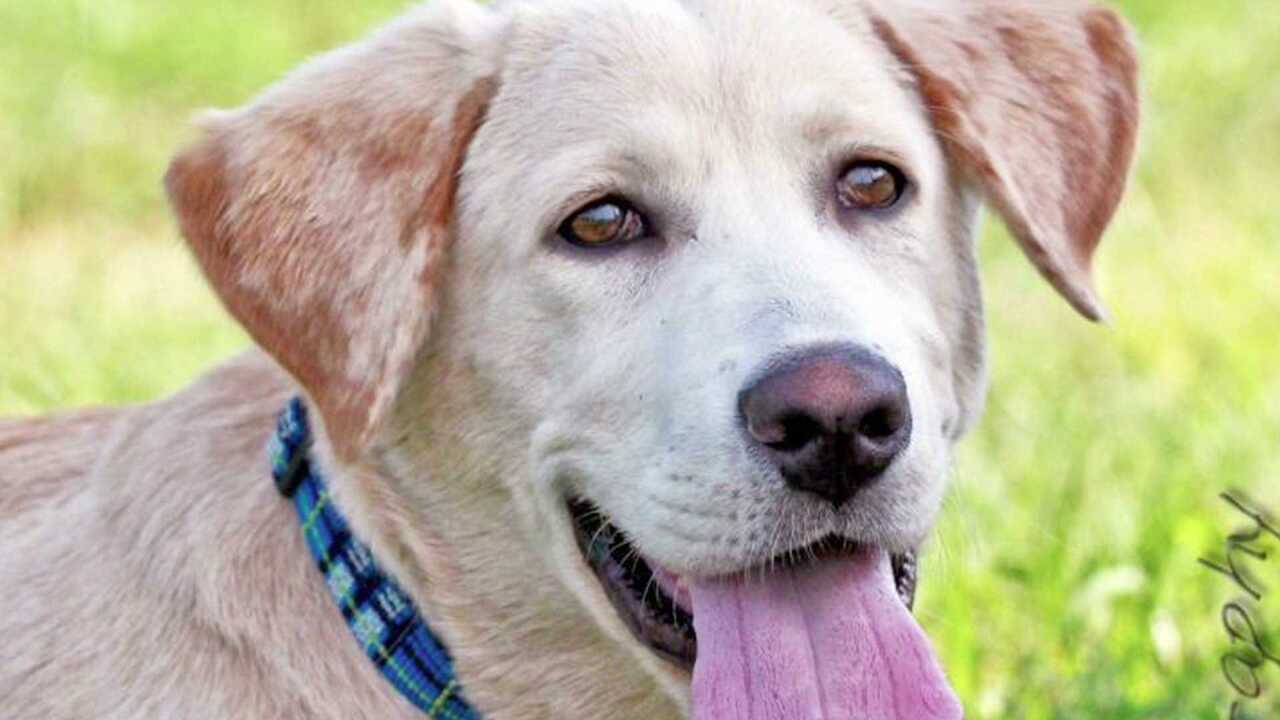 CHARLES CITY COUNTY, Va. (WTVR) – Axel was scheduled to become a therapy dog, but was instead shot in the face by Animal Control - after allegedly trying to bite a neighbor - and died.

“We’ve had him since he was a puppy,“ said Sharon McGein about the 18-month-old yellow lab, Axel. She said he was scheduled to become a therapy dog.

But Thursday, Axel was shot in the face by a Charles City Animal Control Officer and the dog died shortly thereafter.

“Everybody feels bad this dog was killed for no reason," McGein said.

According to the complaint, Officer Franklin Bates killed the dog while investigating a complaint by Gail Chanity, McGein’s neighbor.

Chanity tells CBS 6 that Axel chased her 17-year-old son home after school, then tried to bite him.

According to the complaint on file, 20 minutes later, officer Bates arrived at McGein’s property, accompanied by the teenager. The boy identified Axel, and a short time later,  McGein says Bates shot the dog in the face - three times.

Bates claimed he shot Axel because Axel charged at him. But, McGein said Axel was provoked.

“He told my daughter he stomped at the dog, and the dog went back 10-foot, turned around and barked at him,” McGein said.

Zach Trogdan, Charles City County Administrator, said citizens have asked him how a yellow lab breed like Axel could have become aggressive.

Additionally, Charles City County Sheriff's Captain Jayson Crawley wrote McGein’s daughter about the incident with Bates. Crawley said he wrote the email -- not as a county employee -- but as a private citizen.

“I am tired of seeing the unprofessional and lack of supervision in which he [Bates] has shown ever since I have known him,” Crawley wrote in the email to McGein.

McGein wants to file charges against Bates. Trogdan and Virginia State Police are looking into the allegations.

“Losing a pet like that, I understand, but at the same time every person deserves due process in figuring out what happened,” Trogdan said.