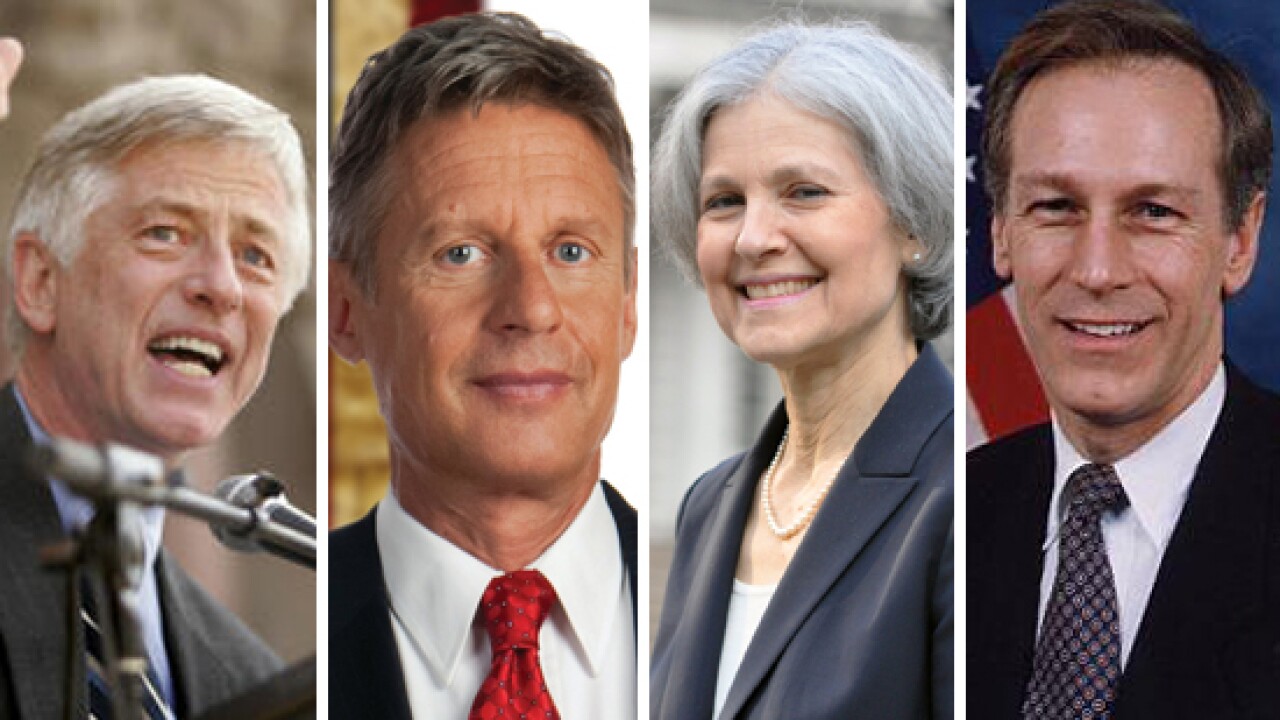 These third party presidential candidates will debate tonight on Ora TV: Rocky Anderson of the Justice Party (from left), Gary Johnson of the Libertarian Party, Jill Stein of the Green Party, and Virgil Goode of the Constitution Party. Photos courtesy of the candidates

Washington, D.C.—Constitution Party candidate for president and former Virginia Congressman Virgil Goode will participate in a debate in Washington, DC. on Sunday. The event is scheduled for 4:30 p.m. Pacific, 7:30 p.m. Eastern and will last two hours.

According to Nader, tonight’s topics will focus on issues that he says have been “ignored or avoided,” by President Obama and Mitt Romney, as being too controversial.

Questions were being posted on Ralph Nader’s page, that could be asked during the debate.

The entire event is being streamed here: http://livestre.am/Nr8x

Here is a YouTube video from the last third party candidate debates.