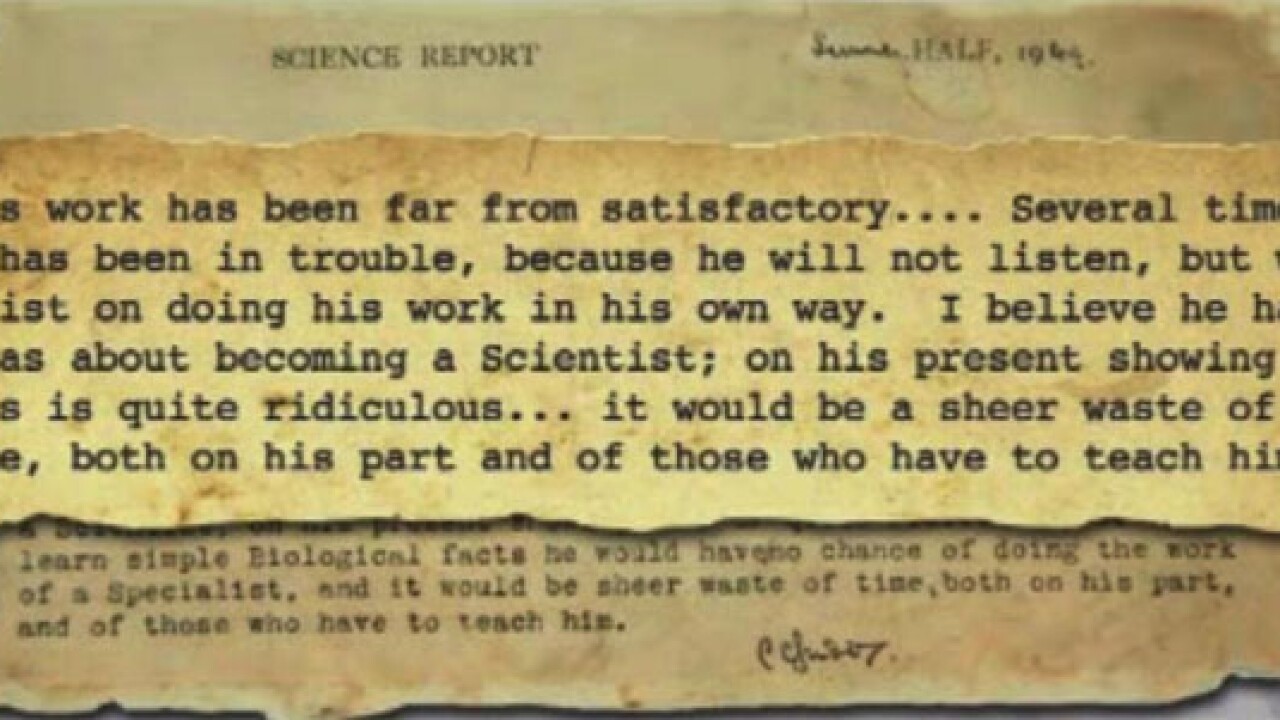 An excerpt from the report card of Nobel winner John Gurdon’s report card at age 15. It read that his dreams of becoming a scientist were “ridiculous.” (CNN)

An excerpt from the report card of Nobel winner John Gurdon’s report card at age 15. It read that his dreams of becoming a scientist were “ridiculous.” (CNN)

(CNN) — We now have some evidence that report cards might not be the end-all, be-all in terms of rating a student.

Take, for instance, a report card of a certain 15-year-old student back in 1949. He was ranked last in his class in the subject of Biology and told his dreams of becoming a scientist were “ridiculous.”

“His work has been far from satisfactory,” the report card stated. “Several times he has been in trouble, because he will not listen, but will insist on doing his work in his own way. I believe he has ideas about becoming a Scientist; on his present showing this is quite ridiculous. It would be a sheer waste of time, both on his part and of those who have to teach him.”

Gurdon received the award along with Shinya Yamanaka for the duo’s pioneering research in the realm of steam cells. According to the Nobel Assembly, the two have revolutionized the concept of how cells and organisms develop.

“These groundbreaking discoveries have completely changed our view of the development and cellular specialization  We now understand that the mature cell does not have to be confined forever to its specialized state,” the Nobel Assembly said.

“Textbooks have been rewritten and new research fields have been established because of this work.”

That report card has never become a forgotten memory for Gurdon. He still has it, and said it’s the only thing he’s ever framed.