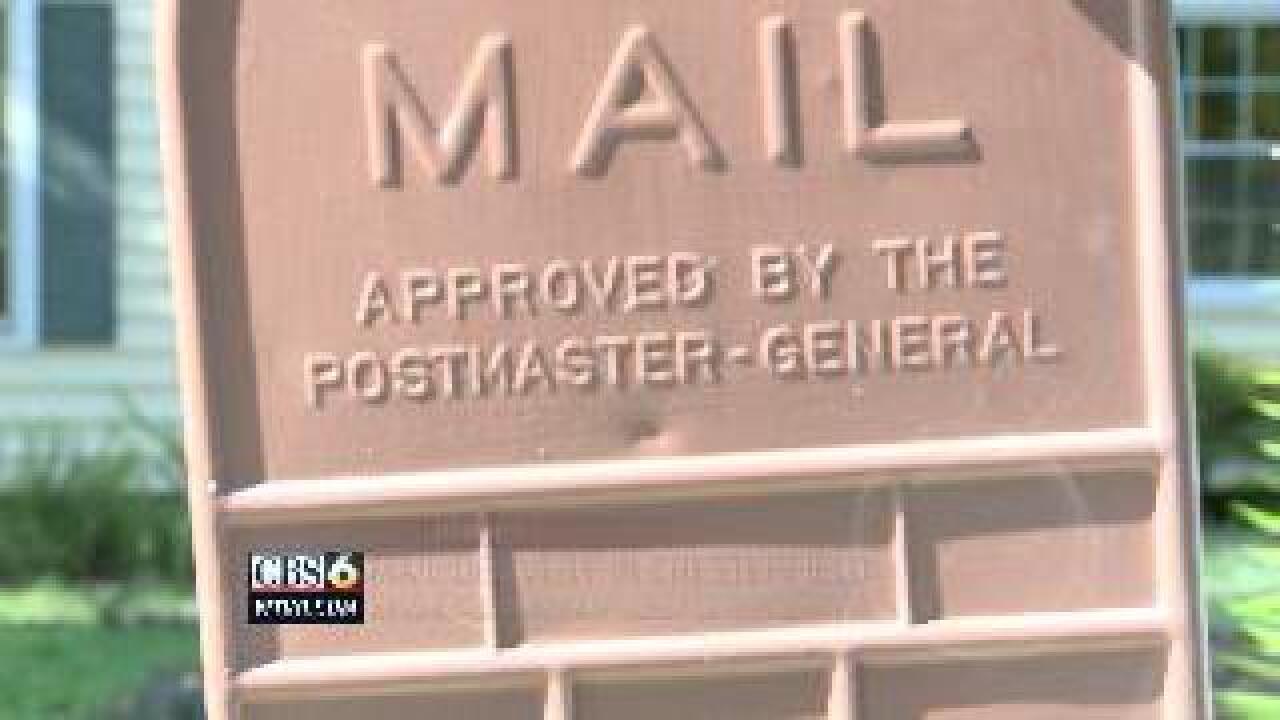 CHESTERFIELD, Va. (WTVR)—Tamara Bynum says these days it’s more important than ever that she receive her mail on time. She’s frustrated though, saying lately she’s been receiving her mail later and later in the day.

This week, she says a day went by and she didn’t even see the mail carrier at all. Bynum admits she’s on pins and needles to get all of her wedding RSVPs in and counted, so the trip to the mailbox is crucial.

Neighbors on Sagewood Terrace say mail has been getting there well after their normal 6 o’clock delivery time.

Datta and her husband live a few doors down from Bynum in the Brandermill community.  “It’s late for a few days and yesterday I did not get the mail,” Paritosh Datta said.

Bynum says neither did she. After midnight she says she heard a noise and peeked outside. She said she spotted the mail carrier delivering mail in their cul de sac. It is an area that isn’t lit at all. Bynum says she’s concerned for carrier’s safety if they are going to be delivering mail so late into the night.

“Sure enough when I saw the mail carrier, it was 12:30.  It was already the next day. I was like, kind of shocked. I was only up because I was working on my wedding materials. I saw the truck pull up so I did go out there and sure enough there were some RSVPs in my box,” Bynum explained.

Many of the neighbors on that street tell CBS 6 News they’ve noticed that when their regular carrier isn’t there, the mail is always late.

“Not only that, but the mix up with the mail because they're rushing and it’s dark, so they can’t see. I’m getting my neighbor's mail. Now, I have to go next door to deliver it to her and then to the other neighbor to give him his mail,” Bynum added.

We contacted the U.S. Postal service about the customers’ concerns.  Representative Yvette Singh told us a huge spike in mail volume in the Richmond area during the Columbus Day holiday weekend backed up mail delivery for customers.

Yvette Singh added that it was an isolated incident and they expected to resume normal operations on Wednesday. They apologized for any inconvenience this may have caused.

As for fluctuating mail times, Singh says; “Unscheduled employee absences, unusually large mail volumes and other prevailing factors may result in later delivery times. Since so many variables are involved, the Postal Service cannot guarantee a specific time for mail delivery.”