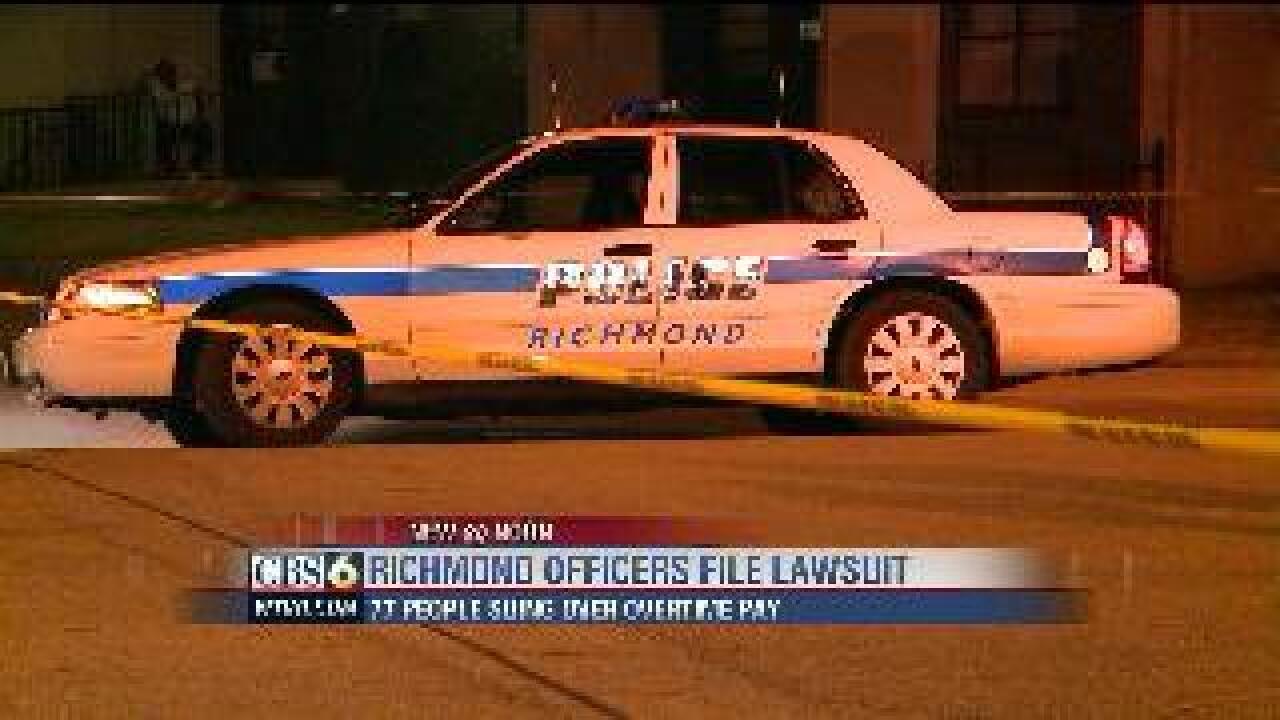 This time, 77 current and former officers have filed the federal suit claiming they were due back wages.

The lawsuit filed Friday came months after a similar suit was settled between other officers and the city.  In late July, a federal judge ordered more than $7 million be paid to 614 current and former officers also seeking compensation for time worked in excess of regularly scheduled hours.

Both the settled suit and the newly filed class action complaint, claim the city wrongfully applied a federal law that stated overtime kicks in after 86 hours worked in a two-week period. Virginia, in fact, has a more stringent labor law on the books--requiring overtime start after 80 hours worked.

Inside the 21-page lawsuit, it was discovered the 77 current and former officers involved in the second lawsuit against the city were eligible to take part in the first suit.  But they did not receive notice because of active military or overseas service, a change in address, inaccurate record-keeping or simply because of failed mail delivery.

CBS 6 legal analyst Todd Stone said it's not surprising more officers are suing for back wages.

"It's like the snowball rolling down the hill and it's getting bigger and bigger and now I think people are going to be much less reluctant to jump in." Stone said.

"They are going to jump in and get on board and get what they deserve.  And the question is 'should the city have just treated everybody the same after that first lawsuit and paid these other people the same?'  Then this may not have happened and the city might have saved some money."

Following the first settlement the payroll police for the city of Richmond changed.  Now all current officers are paid time and a half for overtime and officers are also paid for their 30-minute meal breaks.