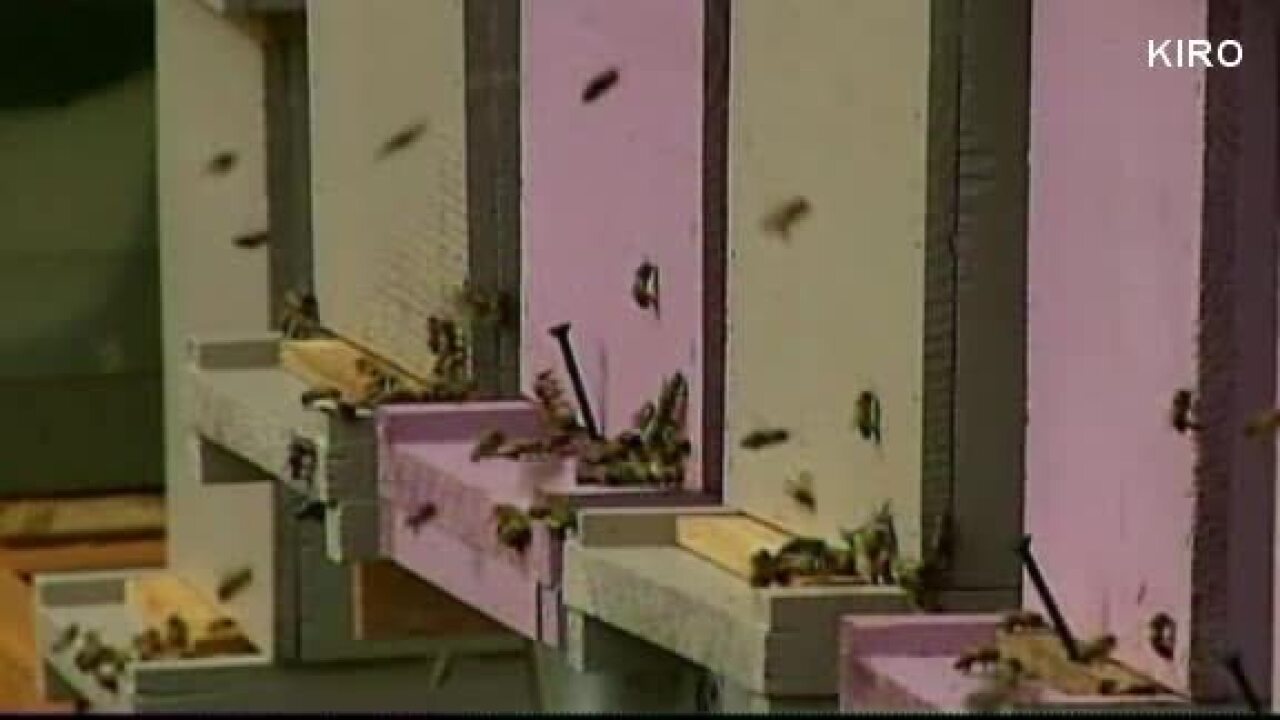 KENT, Wash. (KIRO) - There are zombies on the loose in Washington state -- well zombie bees anyway.  These honeybees are infected by a parasitic fly which makes them leave the hive at night, which is unusual.

Beekeeper Mark Hohn said a couple of weeks ago, he read about a parasitic fly that can infect honeybees and make them act strangely.

"I'd find some on the floor that were just barely crawling," Hohn said. "I found some that were very erratic on the floor. They couldn't fly. They were very disoriented."

Hohn bagged up the dead bees and sent samples to biologist at Washington State University and San Francisco State.

The scientists confirmed the honeybees were killed by the egg laying flies -- the first such deaths in Washington state.

"I don't know if it's one hive. If it's all the hives. Or anything. That's the hard part is quantifying how bad, how bad it is and what the effects will be," Hohn said.

The parasitic fly is native to North American and only recently started infecting honeybees, which were brought over from Europe.

Hohn said he wants  help figuring out if other honeybees died this way too.

"If you find bees on a sidewalk, or under a street light or under your porch light, it's real simple. You take a Ziploc bag. You put the bees in. You leave 'em set for a week and see if anything happens," he said.

Experts say the flies have been infecting other species for years, but this is the first time they've gone after honey bees.