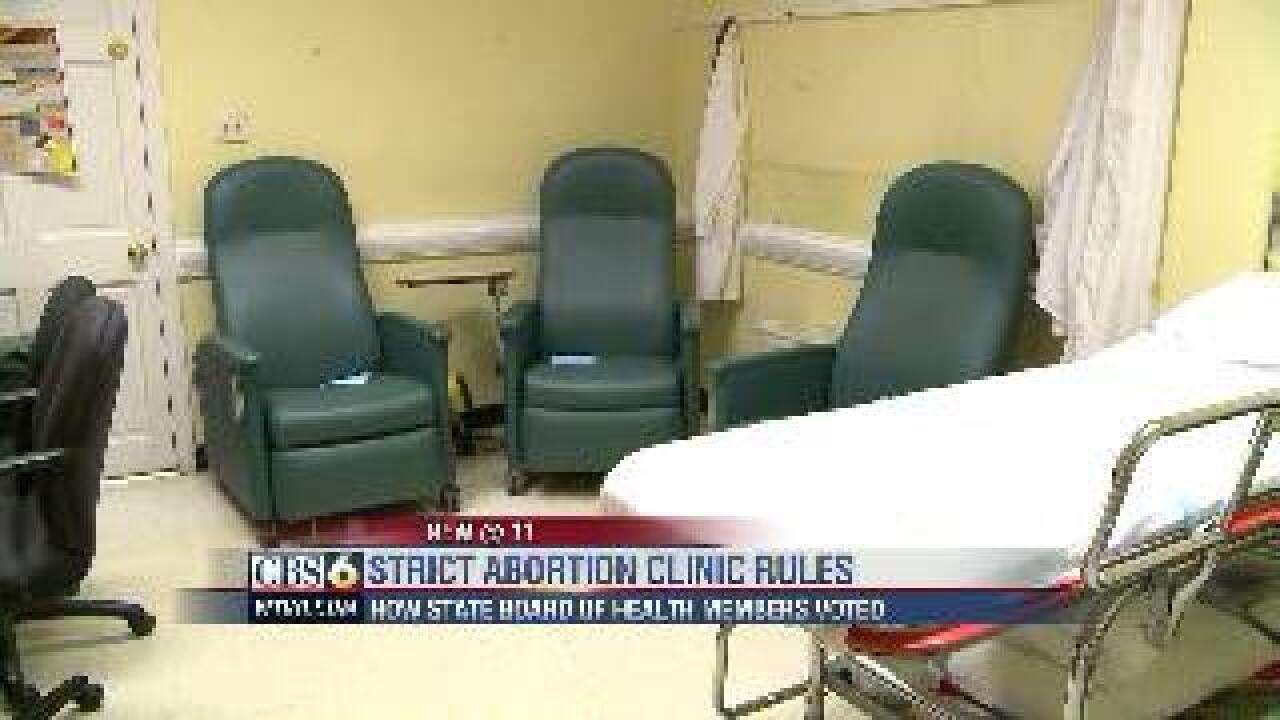 HENRICO COUNTY, Va. (WTVR) - CBS 6 has learned five members of the State Board of Health changed their minds, and their vote, over state abortion clinic regulations since the board's vote in June.

In June, the board voted to grandfather 20 abortion clinics,  so those clinics would not have to undergo costly renovations to meet new standards voted into law by the General Assembly earlier this year.

On Friday, the board reversed that decision, meaning those clinics would have to meet the same building code standards as new hospitals built in Virginia.

Five of the eight Board of Health members who voted for the "grandfather amendment" in June, did not support the amendment this time around.

CBS 6 could not reach those members Friday evening to ask why they changed their vote. We do know that after the June vote, Attorney General Ken Cuccinelli reminded board members they didn’t have the power to grandfather in the existing clinics, only the General Assembly had the power to do so.

Stay with CBS 6 News and WTVR.com for the latest updates on this developing story.